In 2015 Denmark’s image as one of the world’s least corrupt nations came under scrutiny as Atea A/S, the Danish subsidiary of the Norwegian IT supplier Atea ASA, came under investigation for bribing several public officials employed in IT departments of various Danish public authorities, including the national police and the regional authority, Region Zealand.

The investigations eventually resulted in charges for bribery and embezzlement against Atea and four high-ranking Atea employees, as well as a number of public servants. The corrupt activities primarily consisted of lavish travel and hospitality being extended to key employees at the public authorities, such as dining at high-end restaurants in Copenhagen and all-inclusive trips to Las Vegas, Miami and Dubai.

In the end Atea was fined a total of about $2m, one of the highest criminal fines ever imposed on a legal person in Denmark. Several high-ranking officials in both Atea and Region Zealand were also convicted.

As a result of the conviction for bribery, Atea would be excluded from participating in public tenders for a period of four years, unless the company could demonstrate its reliability to contracting authorities by carrying out a self-cleaning process as prescribed by EU and national laws on public tenders. Our firm was appointed by the Danish Ministry of Finance to advise on the steps taken by Atea to ‘self-clean’, and ultimately whether Atea should be allowed to immediately re-enter public tender processes.

Based on the Directive, Part 11 of the Act includes several exclusion grounds, some of which are mandatory, while others are facultative. Despite the apparent duty to exclude tenderers convicted of corruption, the rules do leave a backdoor open by introducing the possibility of carrying out a self-cleaning process. Effectively, s138(1) of the Act prevents contracting authorities from excluding a tenderer from participating in a tender procedure if the tenderer has put forward sufficient documentation to prove its reliability. Reliability is sufficiently documented if the tenderer has:

‘… might consist in particular of personnel and organisational measures such as the severance of all links with persons or organisations involved in the misbehaviour, appropriate staff reorganisation measures, the implementation of reporting and control systems, the creation of an internal audit structure to monitor compliance and the adoption of internal liability and compensation rules.’

The test should be whether the measures taken by the tenderer, when taken together, are suited to avoid the occurrence of similar offences in the future.

In Atea’s case, the evaluation came to focus on whether Atea had put forward sufficient documentation showing that the company had taken ‘appropriate technical, organisational and personnel’ measures to prevent future corruption. The evaluation was guided by four distinct factors:

We are reluctant to summarise our assessments beyond the report itself, but will highlight some general observations from this assessment process in the following.

First, Atea’s approach to documenting reliability appeared to primarily focus on producing a large volume of documents of various formats, eg, codes, guidelines, process descriptions, training manuals etc, rather than mapping out convincing arguments that the effort had led to a sufficient degree of reliability in the context of the legal requirements for self-cleaning. In short, the focus generally appeared to have been more on documenting tangible output than underlying substance.

Secondly, Atea lacked thorough documentation in support of actual top-level commitment or cultural change in the organisation. Instead of focusing on providing management presentations as well as proof of internal compliance events, Atea could have created an employee survey, documenting the views and actual experience of cultural change as perceived by the employees of Atea. The lack of credible documentation in this area posed a significant weakness to Atea’s demonstration of reliability.

Thirdly, we found that certain aspects of the assessment would not be possible to document with any level of accuracy by Atea. This was particularly the case for the assessment of the appropriateness of the personnel measures taken, such as whether persons that had been involved in the corruption should have been removed from their positions, or from Atea entirely. The assessment became particularly difficult, since parts of the management personnel might have known about the illegal practices but at the same time demonstrably worked actively to terminate them. Generally, we found it prudent to show restraint in connection with making these conflicting considerations on the behalf of Atea.

Despite the shortcomings in Atea’s documentation, we concluded that Atea had documented reliability in the context of s138 of the Act, and consequently should not be excluded from participating in future tenders. In our conclusion, we emphasised that Atea had undertaken a multitude of initiatives and concrete actions to improve its compliance system, particularly with respect to anti-corruption.

By introducing the concept of ‘self-cleaning’, the European legislators had opened a ‘back door’ for organisations that would otherwise face debarment because of corruption and other serious corporate criminality. A back door that arguably may depend more on financial and organisational resources to undertake a rigorous self-cleaning, than actual willingness to change and undergo the necessary cultural change. We understand this concern, which could be alleviated by stringent, clear-cut rules to be applied uniformly throughout the EU. The current reality is, however, very different, as expressed in the preamble to Directive 2014/24/EU:

‘… it should be left to member states to determine the exact procedural and substantive conditions applicable in such cases. They should, in particular, be free to decide whether to allow the individual contracting authorities to carry out the relevant assessments or to entrust other authorities on a central or decentralised level with that task…’

In addition to the procedural flexibility expressed in the preamble, the criteria for determining reliability are themselves discretionary by nature. The almost inevitable result is that the assessment of reliability following self-cleaning comes to vary significantly between the EU countries.

Based on our information, Atea had invested very substantial resources into the self-cleaning prior to actually submitting the documentation, and during our assessment process, which lasted several months, Atea’s tendering activity ground to a virtual halt. The lesson for the in-house lawyer is clear: beyond the damaging criminal and reputational consequences of a corruption case, a self-cleaning process is extremely costly and time-consuming, even at top-management level. The outcome is uncertain, and even if re-entered to tender, the business will ultimately suffer.

Kammeradvokaten/Poul Schmith in The Legal 500 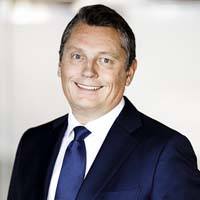