Since the enactment of the Turkish Personal Data Protection Law No 6689 (the Law) in 2016, one of the most critical problems that in-house lawyers of both local and multinational companies face has become cross-border personal data transfers from Turkey. The government has a tendency to keep the data of Turkish residents in Turkey and, additionally, the government has not being recognised as a secure country by the European Union. The Personal Data Protection Board has reciprocated in this determination of the secure countries providing adequate level of protection, disregarding the transfer mechanisms envisaged under the Law and aggravating the already strict environment for the cross-border transfer of personal data.

Despite the Board’s strict stance with respect to cross-border data transfers, in practice, companies in Turkey largely relied on the provisions of the Council of Europe’s Convention No 108 of 1981 on the Protection of Individuals with regard to Automatic Processing of Personal Data (Convention 108) for data transfers to be made to European countries. However, the Board’s decision, published in September 2020, disregarded the implementation of the Convention 108 for such data transfers prompted private sector players to voice their concerns, which eventually led the Board to soften its approach and government to take action to resolve inconsistencies with the EU’s General Data Protection Regulation (GDPR). While the Board’s approach to the implementation of Convention 108 remains the same, it has signaled that amendments to the Law, in line with the provisions of the GDPR, will be necessary. Therefore, it can be inferred that the government is moving away from its strict stance towards a more liberal approach. In this regard, this article focuses on the legislative framework and how the Board’s practice has been shaped over time.

Although it is not as comprehensive as the GDPR, Article 9 of the Law envisages several mechanisms, which regulate how personal data may be transferred abroad:

Considering the main mechanisms envisaged under the Law were not feasible for data controllers in practice, companies were forced to seek other options. As the Law also envisages that provisions of other laws concerning cross-border personal data transfers are reserved and international agreements concerning data transfers are prioritised, companies tend to use the special laws and international agreements as the lawful basis for their operations.

Although companies performing data transfers to European countries started to apply to Convention 108 as the lawful basis, the decision of the Board published in September 2020 shocked the private sector players as the Board declared that the Convention 108 is not a primarily applicable source of law for cross-border transfers. This is despite the fact that the Turkish Constitution recognises the priority of international agreements duly put into effect and concerning fundamental rights and freedoms. However being party to Convention 108 will be taken into consideration as a positive element in the adequacy decision.

As another mechanism was blocked by the Board, the only options remaining were unsustainable and non-business-friendly mechanisms requiring obtaining explicit consent of data subjects and the approval of the Board to a mutually signed transfer agreement. This did not seem possible as the Board had not granted one. As such, the pressure from companies on both the Board and the government increased and cross-border data transfer has become one of the most controversial issues of Turkish data protection law.

As the criticisms increased and the private sector’s pressure reached a not insignificant level, on 9 February 2021, for the first time, the Board has announced that an application of a company (TEB Arval) has received the Board’s approval. This was followed by the approvals of Amazon Turkey Perakende Hizmetleri Ltd Şti and Amazon Turkey Yönetim Destek Hizmetleri Ltd Şti on 4 March 2021, which indicated that the Board is signaling a moderate approach to liberating cross-border data transfers.

Additionally, on 12 March, President Erdoğan introduced the Economic Reform Package, which puts forward that necessary amendments to bring the Law in line with the provisions of the GDPR will be made by 31 March 2022. Therefore, it is expected that the current strict transfer mechanism will be relaxed with the harmonisation of the provisions regarding cross-border data transfer, which will lead to an effectively functioning transfer regime compatible with the GDPR. 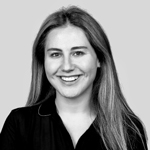 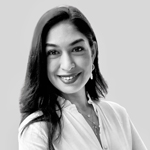 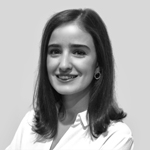