Paraguay’s political and constitutional context is a proper introduction to Paraguay’s legal and business framework. Paraguay’s current constitution came into effect only 29 years ago in 1992. Except from 2008-13, the government has been in the hands of the same political party (including the military dictatorship period from 1954 to 1989) for the last 67 years. The result is a democratic process in which there are periodic free elections, but which, in certain aspects (the judiciary and public administrations), is still a work in progress.

Public servants, elected officials and politicians broadly understood early on that a strong economy is key to development. Between 2005 and 2018, Paraguay’s economy grew at an average rate of 4.4% (a stronger pace than its regional peers) and, since 2013, Paraguay has been regularly issuing sovereign debt with a credit rating that is improving at a steady pace and is poised to reach investment grade soon. Paraguay’s economic growth has been primarily supported by a considerably low tax pressure, promotion of foreign investment, investment in public infrastructure, and commodities exports.

Paraguay’s economic growth relies partially on its low tax pressure and support of foreign direct investment. To this end, Paraguay has enacted a set of laws that promote foreign investments through special tax benefits, such as the ‘Maquila’, ‘60/90’, and ‘Job Creation’ laws. The 60/90 law grants exemptions from dividends, imports, and payment of offshore loans to capital goods investment projects of more than $5m (benefits granted for up to ten years). Similarly, the Job Creation Law promotes the setting up of factories in rural or unpopulated areas by granting an exemption on dividend taxes and freezing existing rates for up to ten years. The Maquila regime allows companies to import raw materials (tax free) and assemble, manufacture, or process them in Paraguay to then export the finished product under a single tax rate of 1% over the value added to the products within Paraguayan territory (exempting from any other ordinary tax).

Moreover, foreign investors are ensured equal conditions as any other domestic investor, the right of real estate ownership, and circulation of capital across borders without restrictions other than applicable taxes.

Although protection of competition and the prohibition of market manipulation and monopolies are constitutionally protected rights, it was not until 2013 that Paraguay enacted its first competition law. Paraguay’s competition law is largely based on the European model and regulates anti-competitive agreements, abuse of dominant positions, and merger controls. The overseeing authority is called the National Competition Commission (or CONACOM by its Spanish acronym) and has effectively operated since 2016. While there is not much legal precedent and the CONACOM is still building its criteria on many key issues, it has been very active on merger controls since its creation. To this date, the CONACOM has authorised 17 mergers (many with conditioning) and has rejected only one. The CONACOM has broad powers to authorise, condition, or reverse merger transactions.

In 2020, Paraguay overhauled its entire tax system in order to simplify and modernise it. The objective of the new Tax Law is to improve the current tax system by making it simpler, more efficient, equitable and competitive. The Tax Law reflects certain principles that prevail in modern tax systems, aimed at reducing tax evasion.

The principal taxes in Paraguay are the following.

In turn, Non-resident Income Tax (15% rate) levies all income that would otherwise be levied under Corporate Income Tax but where the taxpayer is not a resident of Paraguay. Non-resident Income Tax is liquidated based on a deemed income basis set out in the law. For example, there is a 30% deemed income for interest payments and fees on offshore loans, sale of real estate, and digital services. Therefore, in these instances a direct withholding rate of 4.5.% would apply. Corresponding tax payments are paid via withholding.

Value Added Tax (10% rate) is levied on sales of goods and services, and imports of goods. Value Added Tax is strictly territorial, meaning that only sales of goods and services within Paraguayan territory are taxed. However, the new tax laws established that digital services, such as streaming services, are deemed rendered in Paraguay when any of the following is located in Paraguay, user’s (i) IP address; (ii) invoice address; (iii) bank account; (iv) credit card issuer.

Another novelty that came into effect in Paraguay starting in 2021 is transfer pricing regulations for transactions between related parties when one of the parties is located offshore or is otherwise exempt of paying taxes in Paraguay.

Setting up a corporate entity in Paraguay is a rather easy process and without any restrictions. However, some acts that require public registration such as purchase of real estate or incorporating a corporation (Sociedad anónima) may be subject to variations and delays in time due to the necessary registrations of such acts. Having said this, Paraguay started implementing this year a new corporate form called ‘simplified shares company’ (Empresa de Acciones Simplificadas) which has a shortened incorporation period (estimated 48 hours), simplified administration, and permits having a single shareholder.

It is worth noting that in order to hold an executive office in a local entity, eg, board member or legal representative, such person must be a legal resident of Paraguay. However, the legal resident status does not require a minimum presence in the country.

All employment relationships in Paraguay are governed by the Labor Code. This Labor Code sets out the minimum provisions that a work contract must have. These provisions are mandatory cannot be set aside by the parties, any covenant to the contrary shall be null and void.

The minimum wages for workers are determined by the Administrative Labor Authority and are adjusted annually based on the interannual variation of the Consumer Price Index (CPI) and its impact on the national economy. The current minimum monthly wage is PYG2,192,839 (approximately $342).

The Social Security Institute (IPS by its Spanish acronym) administers the social security and health insurance system. Every worker in Paraguay must be registered at IPS where 16.5% of their salary must be withheld and contributed to IPS, while the employer must contribute. 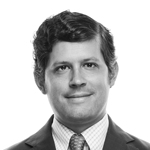 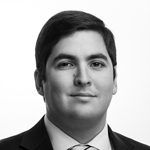