Political situation: light at the end of the tunnel

On 19 October 2020, Bolivia held a general election in which the Movement Towards Socialism (MAS) won a landslide victory against opponents, with presidential candidate Luis Arce clasping victory in the first round.

The 2020 elections were held following former president Evo Morales’ ousting in November 2019 after declaring victory in a general election held in October 2019. Morales’ declaration sparked mass demonstrations throughout Bolivia, claiming that the elections were fraudulent, a claim that was later confirmed by all international organisations involved in overseeing the 2019 elections.

As economy and finance minister under Morales for 14 years, Arce oversaw a massive reduction in poverty and economic growth at record levels. For this reason, he ran under the premise that his policies provided tangible improvements to Bolivia’s socio-economic situation.

President Arce was sworn in on 8 November 2020 and has since filled all key positions within his administration.

Arce’s administration has since implemented policies criticised by the opposition, including a directive which orders a six-month deferment on loan payments to local financial institutions and the enactment of the Large Fortunes Tax Law.

On 7 March 2020, the country held a second-round subnational election, through which the opposition was able to hold on to six out of nine governorships and won eight out of the ten key municipalities, including La Paz, Cochabamba and Santa Cruz.

Economy: recovery after a shocking blow

For the past decade, Bolivia’s economy grew at record levels, mostly due to exports of commodities, including natural gas, silver, zinc, and soy. However, like most countries in the region, Bolivia was hit hard by the Covid-19 pandemic and the related crisis. Lockdowns and restrictive measures prompted an economic contraction during the second quarter of 2020; nevertheless, the economy slowly started to recover in third quarter, thanks to government support and the easing of the restrictive measures. After growing by +2.2% in 2019, the country’s GDP sharply decreased by -7.3% in 2020 and is set to recover in 2021 with a predicted growth rate of +5,5%, one of the highest in South America.

The Arce administration has set out an economic recovery agenda focused on (1) social policies (health, education, and reduction of poverty); (2) undertaking large-scale infrastructure projects that were put on hold after the 2019 election; and (3) incentivising foreign investment in strategic sectors such as energy, gas, and mining.

To tackle items one and two on the agenda, the Arce administration is looking to issue $3bn worth of bonds in the international market in 2021.

With respect to item three, in an effort to improve the investment climate, the Arce administration intends to promote the 2014 Investment Law, provide additional incentives to investors interested in strategic sectors, and has vowed not to pursue nationalisations. With the latter approach in mind, the Minister of Mining has declared the country’s openness to foreign investment, and has already received diplomatic delegations from China, Japan and the United Kingdom.

When the commodities boom ended in 2014, Bolivia resorted to high public spending and growing domestic credit to maintain strong economic growth. However, these measures resulted in a rise in public debt and a gradual reduction in international reserves and fiscal savings accumulated during the boom. The Covid-19 pandemic has caused further damage to the economy, causing its drop into a recession. Thus, the government has recognised that it no longer has the same public spending capability to tackle projects in strategic sectors.

As a result, the government has been open about its need to face the challenge by joining forces with the private sector and generating conditions for private investment – local or foreign – to develop strategic sectors such as energy, hydrocarbons, and mining. Other key sectors for the government are infrastructure (hospitals, airports and highways).

In a 2015 interview, President Arce, then minister of economy and public finance, told the Financial Times that ‘the Bolivian Constitution recognises, respects and protects domestic and foreign investments. For this and other reasons, investors and private foreign companies genuinely have nothing to fear when investing in Bolivia.’ The current government’s stance towards private investment appears consistent with this statement.

Foreign companies and individuals may hold equity interests in any company or industry sector, without limitations. There are certain ownership thresholds applicable in a few industry sectors such as transportation.

Corporations may be incorporated with nominated or bearer shares. Shares issued by corporations may be negotiable, and the transfer of shares is perfected upon the execution of simple forms and registration of the share transfer in the company’s books.

LLCs are closed partnerships in which the identity of the quota-holders is key. The capital contributions made in LLCs are represented by quotas, subject to burdensome transfer requirements and approvals, different than shares.

A branch office is an extension of its offshore parent company. For legal purposes, it is not considered as a separate and independent legal entity; consequently, the liabilities assumed by a branch extend to its parent company without restriction. However, branches are considered independent entities for tax and accounting purposes, and hence they must keep separate accounting records, have their own local tax ID number, and comply with local financial and tax regulations based on the branch office financials.

Companies in Bolivia are subject to the taxes outlined in the table below: 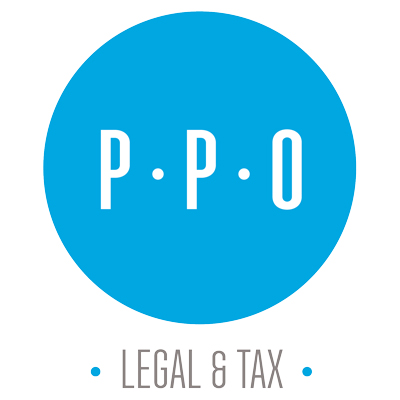 PPO Abogados in The Legal 500 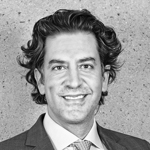 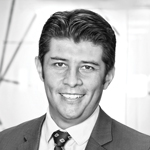