As the UK looks to other potential markets outside Europe, Colombia, the third-largest economy in Latin America and one of the most economically and politically stable countries in the region, offers many opportunities. The double taxation convention between Colombia and the UK came into force in 2020 (the Tax Convention), the recently signed free trade agreement is being ratified and a bilateral investment treaty came into force in 2014. Further, Colombia has free zones throughout the country, a skilled workforce and a free trade agreement with the US, allowing some products transformed in Colombia to benefit from 0% tariffs. If your organisation is considering setting up its own subsidiary, selling through Colombian dealers, buying assets locally or participating in one of the many infrastructure projects, here are some of the legal issues to bear in mind.

Colombia is a civil law jurisdiction and retains many formalities such as legalisation of documents and public deeds. When setting up a company or participating in tenders, documents granted abroad will require apostilles and official translations, so leave time for this. In general, the Colombian business environment is not as regulated as other countries in the region; foreign investment is permitted in virtually all sectors by participation in companies, joint ventures, trusts, portfolio investments, PE funds and in real estate. Foreign investment must be registered and foreign exchange reporting requirements and procedures exist, as does a special exchange regime allowing branches of foreign companies operating in the oil, gas or mining sectors to receive payments in foreign currency.

Setting up a subsidiary

Businesses carrying out permanent activities in Colombia are required to set up a legal entity in Colombia. The most commonly used structure is the simplified corporation, which requires a single shareholder, a single manager, has capital represented in shares and a full corporate veil, except in cases of abuse or fraud. This structure has fewer formalities and is used for over 90% of new entities in Colombia, although banks or companies with listed securities must use a traditional corporation structure. Branches of a foreign company are commonly used in the oil and gas sector and for entities participating in tenders. A branch is not a separate legal entity from the foreign company, which will be liable for all obligations of its Colombian branch.

Working with a Colombian dealer

It is possible to operate in Colombia by appointing a commercial agent or authorised distributor. All dealer arrangements should be properly drafted in a written contract to minimise risk and reflect the true relationship between parties. This is especially important with commercial agents. When terminating the commercial agency agreement a principal will be required to make a termination payment, regardless of the reasons for termination. This should be equal to the average monthly commission or profit received by the commercial agent over the last three years of the relationship, multiplied by the number of years during which the agreement was in effect.

Many features of Colombian M&A are similar to those used globally, however, the regulatory environment and business practices can differ. Colombia is a jurisdiction with pre-merger controls for transactions with vertical links, horizontal overlaps and which meet the prevailing financial thresholds. The anti-trust authority has robust powers to investigate and sanction parties that fail to comply with these rules, so this must always be checked.

Typically, the buyer and seller will be required to ‘bring down’ their representations and warranties to the time of closing. Limitations on liability caps typically range from 10% to 30% of the purchase price and are often limited to misrepresentations. Disputes can be validly referred to international arbitration and governed by foreign law.

Foreign companies can develop and finance infrastructure projects in Colombia; currently, there are renewable energy, transmission lines, roads, airports and social infrastructure projects in the pipeline. A local representative may be required to participate in government tenders and usually a local entity must be incorporated to implement the project. Organisation and legal advice is advisable to participate in tenders successfully, as is carrying out due diligence and implementing strict controls over the use of funds during projects.

There is a secondary market for ongoing Colombian infrastructure projects where it is common to fund an equity stake in the project company. With the Colombian currency devaluating, there are some very competitive opportunities, as well as the benefits from the Tax Convention which reduced interest on financing from the UK.

The UK has a strong presence in the Colombian financial services sector, but the promotion and marketing of financial services to Colombian residents is regulated. The National Development Plan allows the granting of temporary licenses with reduced requirements for innovative fintech solutions.

The current government reduced income tax rates to 32% in 2020, 31% in 2021 and 30% in 2022. Some sectors, including social housing, ecotourism, alternative energy projects and some activities in the digital economy, are exempt from income tax. Colombia has anti-avoidance rules and applies transfer pricing rules based on the OECD model. Special rules apply to foreign expenses, interest-bearing loans and losses. Businesses in free trade zones may qualify for a flat 20% rate where they meet thresholds for investment and job creation. There are also reduced rates of 27% for mega projects outside free zones that meet certain criteria and for which tax stability agreements can be agreed for 20 years.

The Tax Convention came into effect this year reducing rates on royalties from 20% to 10% and on interest payments to 0%. It eliminated the 10% tax on payment of dividends to UK shareholders and most importantly, reduced income tax on all Colombian sourced business profits, technical services, technical assistance and consulting services from 20% to 0%. These new rules for business profits and services trigger the most favoured nation clause of other conventions and apply to those of Canada, Portugal, Czech Republic and Mexico, as confirmed by the tax office, with applicability under the Spain, Switzerland and Chile conventions still under discussion.

Colombia has specialist courts within government agencies which can resolve certain commercial disputes. These courts have more expertise in resolving disputes in these areas, are generally more familiar with the issues involved and are quicker than the ordinary courts.. The use of alternative dispute resolution is common. Arbitration is often preferred as, although more expensive, it is generally quicker than going through the ordinary courts and the arbitrators are often specialists. Colombia’s international arbitration law is based on the Uncitral Model Law and the proceedings under it follow recognised international practices in relation to matters such as the appointment of arbitrators, use of interim measures, gathering of evidence and enforcement of awards. On average, it takes approximately one year to obtain an arbitration award in Colombia. There are no rights to appeal such awards and they will be binding on the parties. It may be possible to apply for awards to be annulled, but only in limited circumstances.

Baker McKenzie in The Legal 500 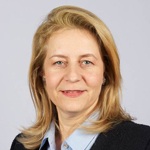