‘Breach of trust’, an equivalent to ‘Untreue’, ‘abus de confiance‘ or ‘abuse of position’, is a typical white-collar crime in Greece and the main source of criminal liability risk for the boards of directors (BoDs), CEOs and other officers holding a position of trust within a corporation. Hence, the recent amendments to the actus reus of the offence and the procedural requirements for its prosecution are of paramount importance.

By virtue of the previous Criminal Code (abolished 1 July 2019), the actus reus required that the offender being entrusted, either by law or by agreement, with the management of another person’s property knowingly caused a loss to such property. Personal gain is not a prerequisite.

In the majority of cases, prosecution for this offence refers to the BoDs and/or the managing director or other officers entrusted with the financial management of a company.

The ‘minimal’ actus reus, in combination with the non-requirement for a criminal complaint by the alleged victim to start criminal proceedings, had rendered breach of trust an efficient alternative for prosecution of cases where corruption was hard to prove.

Over the years, numerous BoD members of companies/multinationals active in Greece, banks and other organisations in the financial sector have experienced long-lasting trial hearings, trying to prove before court that they took all measures available to safeguard the property entrusted to them. In cases where ‘breach of trust’ referred to a risk-taking activity, it was difficult for criminal courts to draw a line between the acceptable risk, which is inherent in the management of a company, and criminal behaviour.

Both literature and case law have acknowledged this difficulty and suggested additional criteria: for the actus reus of the offence to be met, two further elements should be present: ‘breach of diligent management rules’, and ‘certainty’ that losses actually occurred. When the Greek Penal Code changed, it was the right time to explicitly introduce these elements into the provision.

Indeed, on 1 July 2019, the Greek Penal Code, already 69 years old at the time, was replaced by a new Penal Code introducing a radical reform. Numerous provisions were amended and others were abolished. Since then, additional amendments have been made. The Greek criminal law is changing and the well-established literature and case law are to be seen from a fresh perspective.

The new provision on breach of trust requires that the losses incurred result from a breach of diligent management rules and are defined with certainty.

The business judgement rule is a helpful guide to determine whether there is a breach of diligent management rules. Article 102 of the Greek Law 4548/2018 on the societes anonymes provides that the officers and directors are immune from (civil) liability to the corporation for reasonable business decisions, so long as the transactions are made in good faith, on the basis of sufficient information, and in protection of the corporation’s interests.

Hence, in the case of charges referring to a decision which is considered to be (ex ante) imprudent, a first line of defence for the BoD would be that it acted in accordance with the standard procedures and chose among multiple alternatives, which seemed reasonable at the time.

Even if ‘breach of diligent management rules’ is confirmed, it can only establish criminal liability if it is proven that it led to a loss-making decision and such losses are defined with certainty.

Apart from the above additions in the actus reus of the offence, there was also a two-step amendment to the procedural requirements for its prosecution.

The new Criminal Code provides that if breach of trust is a misdemeanor, ie referring to losses below the threshold of €120,000, it is prosecuted only following a criminal complaint by the alleged victim. This means that, if breach of trust turns against a legal entity, the latter (not its shareholders or any other third party) has the discretion to decide whether it wishes to start criminal proceedings against its BoD, managing director(s) etc. The authority to take such decisions is granted to the BoD and may be further delegated to third persons.

On the contrary, prosecution for felonies (breach of trust leading to losses exceeding €120,000) starts ex officio; in other words, even if the company decides not to start criminal proceedings the prosecutor may initiate such proceedings on their own motion.

The legislator took into consideration that the management of a company could be reluctant to incriminate themselves or the former members of the board and decided that it would be more prudent to leave this initiative to the prosecutor.

This provision gave rise to serious concerns, on the grounds that any third person could bring to the knowledge of the prosecutor allegations of breach of trust against the management of its competitor or counterparty, aiming at weakening their position, as was the case up to then.

More importantly, the banking sector protested, stressing that any decision to restructure a loan or to sell non-performing loans to investors would typically appear to be loss-making (although the alternatives could create even greater losses), thus exposing the banks’ management to criminal liability.

In view of the above concerns, the above provision was re-amended. As of 18 November 2019, breach of trust against financial/credit institutions and organisations in the financial sector is prosecuted only upon a criminal complaint by the alleged victim (ie, the company). For cases already pending before the prosecutor, a specific provision was introduced prescribing that the above organisations may declare within a time period of four months from the time the new law was issued (ie, starting on 18 November 2019) that they wish criminal proceedings to continue.

This latest amendment on breach of trust was welcomed by the financial sector. On the other hand, it is subject to criticism as it refers only to the entities of this area, excluding all other private sector companies. Time will show whether this amendment in its limited scope was the right choice. 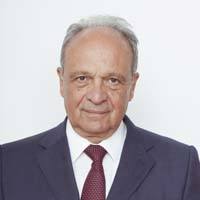 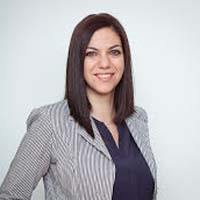 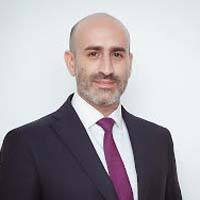