In a world of driverless cars, electronic devices with speech and facial recognition and household appliances which can be activated remotely from a mobile phone, whether the current (decades old) product liability laws are still fit for purpose is a current hot topic. Of course, longstanding dangers like overheating batteries, excess levels of chemicals and small parts in children’s’ toys still remain a risk, even in this modern world. But new risks and potential hazards are emerging in line with technological developments, and therefore it is not a surprise that the legal framework underpinning product liability has also begun to evolve.

Take the EU as an example. In 2018, we saw key potential changes being discussed in this area. For many years there have been calls for the 1985 Product Liability Directive (PLD), an overview directive that introduced statutory liability for defective products, to be updated. The European Commission (EC) has now published non-binding proposals to that effect.

One key proposal is whether a change to the definition of “defective” product is required. Under the current PLD, a product is ‘defective’ when it does not provide the level of safety which a person is entitled to expect, to be assessed considering the average consumer expectation test. The ‘defect’ means that the product has failed to meet the reasonable safety expectations of the public at large. Opinions about the current definition are divided. Some groups have called for the definition to be broadened to make it less challenging for claimants successfully to show that a product is defective. One view is that the definition can encompass a notion of risk-utility of a product (i.e. a product may bring an overall benefit to society while causing unavoidable harm in some circumstances). Some groups, notably medical patient associations, say that medical products are lawfully entering the market earlier and earlier in their development cycle, increasing the risk factor involved. A change to this definition, if passed, will ultimately have a significant impact on product liability claims in the future.

The EU has also considered whether a change to the existing burden of proof requirement is needed. Currently a claimant (i.e. the injured party) is required to prove the damage, the defect and the causal link between the two. There is no national harmonisation on the burden of proof, with evidential burdens varying greatly across member states. Healthcare patient organisations, in particular, have criticised the difficulty in proving a defect, damage, and the link between them, and a number of experts consider that the current system is particularly onerous in respect of pharmaceuticals. If the burden of proof were to be amended then this could again see a rise in product liability claims.

Law makers have also recognised the need for further regulation of technology as developing products become a growing concern. One concern is how the current laws protect consumers using the internet of things (IoT) which can be hacked or otherwise compromised.  Of course, these kinds of products, if defective, can have a wide impact on consumers and the damage caused is by no means limited to personal injury. From the manufacturer’s perspective, risk of significant data and security breaches may arise which can put consumers at risk. One leading view is that a digital product is arguably unsafe if the underlying software is vulnerable to attack, communications on the software are not secure, personal data inputted into the products is unprotected and the IT system is not resistant to hacking or other device malfunctions.

The legal response to the evolving digital industrial revolution is continuing to progress.  For example, in 2018 the UK Government worked with the National Cyber Security Centre, manufacturers and retailers to create a “Secure by Design review”, which took steps to develop and codify rules aimed at the security of consumer IoT products and associated services. This was followed by a voluntary ‘Code of Practice’ for consumer IoT security, applicable in the UK only. More recently, the European Telecommunications Standards Institute (ETSI) has published technical guidance on ‘Cyber Security for Consumer Internet of Things’. The objective of the new ETSI standard is to contribute to improving consumers privacy, digital security and safety. One example of proposed change is that security should be embedded into products and consumers be presented with easily accessible methods to update and improve the security of the products as technology (and risks) develop.

Furthermore, in March 2019 the EU confirmed its intention to proceed with the proposal for a directive on contracts for the supply of digital content and services (the “Digital Content Directive”). Providers of digital media (including computer games, music and film download services, cloud services) will be subject to technology specific requirements giving the consumer recourse to demand that the product is fit for purpose and performs correctly.

Separately, the EC has considered how product liability claims can be served by allowing greater access to collective redress for claimants who have suffered the same damage. For years European legal systems have been perceived by consumer interest groups as claimant unfriendly, in part because they offer insufficient access to justice, especially  when compared to the US approach. In response to this, the EU is currently working to introduce a directive that requires all EU member states to allow representative actions, brought by designated entities (i.e. consumer associations), for the protection of the collective interests of consumers.

On 26 March 2019, the European Parliament (“EP“) adopted its first-reading position of this directive, making amendments to the text of the EC proposed language. On the basis that this directive will need to be adopted by both the EP and the EC as co-legislators, the EC will now have to adopt its own first-reading position, being mindful of amendments already put forwards by the EP. There are some notable aspects of the proposed directive which, if adopted, may lead to increased collective litigation in the future. First, the directive would create  a rebuttable presumption of liability in litigation before the courts of all member states where liability  has already been determined  by a court in another member state in respect of that matter. Such a proposal seeks to promote increased collaboration and consistency of outcomes between member states with regard to consumer protections. Secondly, the directive imposes a “loser pays” costs rule  in order to discourage clearly unmeritorious actions and to ensure that court resources are used for deserving cases. Discussions on the final wording of this new directive are ongoing at an EU level, and look set to continue for the next few months.

As to the remainder of 2019, we can expect further developments on product laws that will impact the rights of the consumer and the risk profile of corporate defendants. 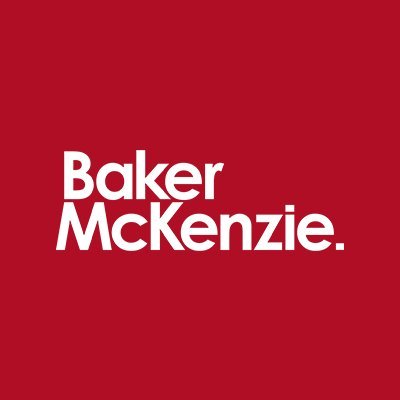