Dr Eduardo Mayora A and Juan Pablo Gramajo of Mayora & Mayora discuss Guatemala’s legal system and the opportunities available there for foreign investors.

Guatemala’s legal system creates an open environment for foreign investment. The constitution protects the right to private property, for both national and foreign investors. As a general rule, foreign investors may wholly own investment vehicles in Guatemala without any special requirements or restrictions concerning local partners, or the number or proportion of foreign shareholders. Some restrictions apply to specific activities such as open television or owning property along the country’s borders. There are no restrictions on the use given to income obtained within the country, except applicable taxes.

There is a specific Foreign Investment Act guaranteeing, among other things: equal treatment and enjoyment of constitutional rights to both foreign and local investors; the right to take part in any legal economic activity within the country; the right to submit to foreign countries any profit generated in Guatemala; the right to transfer capital out of national territory. As a WTO member, Guatemala applies the most-favored-nation and national treatment principles in legislation on various trade-related matters.

Any business legally established in a foreign country may invest in Guatemala either through creating or acquiring a Guatemalan commercial entity, or by opening a branch. Business in the country can be organised as a sole proprietorship, partnership, company or corporation. The variety of business structures and the flexibility for creating legal entities provide for the different needs of investors. While all business structures require formalisation before a Guatemalan Notary, registration procedures are now mostly done online, saving significant time and expense.

The business enterprise is legally considered a commercial asset, an object of property, defined as the ensemble of labour, material elements and incorporeal values, co-ordinated to offer goods or services to the public in a systematic way and with intent to profit. Among such elements, the law includes commercial establishments, clientele, commercial goodwill, trade name, trademarks, equipment and machinery, workforce contracts, merchandise, etc. The owner of an enterprise may be an individual merchant or a commercial entity.

A stock corporation is the most common form of business vehicle, requiring at least two shareholders and a minimum paid-in capital of around $27, plus registration fees (which may not apply or be very low, depending on the amount of authorised capital), legal fees and other expenses. The corporation is governed by the shareholders, who appoint a sole administrator or board of directors, who in turn may appoint a general manager or specific managers to run the business operations. Limited liability companies (LLCs) have seen more use in recent years, as they are very similar to American LLCs and may offer some tax advantages for American investors.

A local branch is an extension of a foreign entity in Guatemala. Therefore, ownership and control of the foreign entity’s headquarters are also those of the branch. This means that there is no transferability of ownership or control for the branch itself. Unlike the LLC and stock corporation, a branch is liable for entity assets located in Guatemala and elsewhere in the world, especially in the country of its headquarters.

Some operations do not require authorisation or registration in order to be carried out by foreign business entities, such as: opening or keeping bank accounts; buying from or selling to independent trade agents, or managing orders through them if subject to confirmation or acceptance outside Guatemala; granting loans or credit to persons in the country; issue, negotiate and hold securities; acquiring any kind of property when not part of a business enterprise or of their usual trade.

Labour law is mainly governed by the Labour Code, with minimum standards enshrined in the constitution, a strong influence from international treaties ratified by Guatemala, collective bargaining agreements (in some sectors) and specific statutes governing certain aspects of employment and benefits. Contractual provisions between parties may not diminish – only improve upon – the minimum rights and benefits granted to the employee by all these rules, which are mandatory implied terms for labour contracts. It is legally impossible to renounce any benefit established by law, convention or custom in Guatemala.

The same rules apply to national, resident, and foreign employees working in Guatemala. Frequently, when foreign companies wish to replicate employment policies applied in their original jurisdiction, benefits are considered as additional to, rather than instead of, those established by Guatemalan law.

The Guatemalan tax system encompasses direct and indirect taxes, on both a national and a local level. The Tax Administration on the national level has a certain degree of independence from central government. Taxing power resides exclusively in Congress, leaving very limited power to municipal governments. The territorial principle dominates the tax system (consequently, foreign sourced income is not taxed) and, although some double taxation treaties have been negotiated, none have yet been ratified.

The constitution details, more than other constitutions in the region, the principles and limitations applicable to the power of taxation and to taxes themselves, providing for ample judicial review. The general principles and procedures of the tax system are governed by the Tax Code, which establishes all substantive and procedural aspects of national tax law, overseen by the Tax Administration.

The main taxes applied in Guatemala are income tax, taxes on employment, taxes on passive income, value added tax, stamp tax, import duties, and excises on products such as crude oil, fuels and other derivatives, alcoholic and non-alcoholic beverages of various kinds, cement, and the manufacture and import of tobacco.

Guatemala is part of several free trade agreements, including: 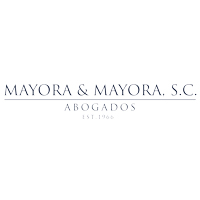 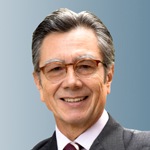 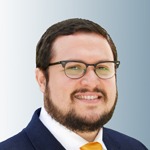