The FDI cap for Indian insurance companies remains at 49%, which means that international investors cannot hold a controlling stake. The Indian partner’s control is further entrenched by the IRDAI’s guidelines on ‘Indian ownership and control’, which limit the foreign partner’s influence in governance and operational matters and which also regulate affirmative voting rights in favour of an international investor. There is also an overlay of general IRDAI governance guidelines that apply to all insurers.

Product distribution in India takes place through brokers, agents (both individual and corporate), web aggregators and insurance marketing firms. Other key insurance intermediaries include third-party administrators and surveyors and loss assessors. Each insurance intermediary is regulated under a separate set of regulations, including codes of conduct. Minimum capital requirements vary from approximately $100,000 for direct brokers to approximately $13,000 for insurance marketing firms.

Bancassurance remains the dominant mode of insurance distribution in India, more so after the institution of the ‘open architecture’ system in 2015, which disallowed exclusive distribution arrangements between insurers and corporate agents and permitted agents to distribute the products of up to three life insurers, three general insurers and three health insurers. Distribution through web aggregators is another key growth area, as penetration levels of both insurance and the internet in India rise. Web aggregators are permitted to generate leads for insurers but cannot favour one insurer over another and are also restricted from undertaking any other business.

In September 2019, the IRDAI regulations were amended to allow FDI up to 100% in insurance intermediaries (subject to corresponding changes to Indian exchange control regulations). However, the accompanying amendments imposed various conditions, including an approval requirement for dividend repatriation, caps on related party payments and a requirement that a majority of the board and key management must be resident Indian citizens.

Conclusion – where next for international investors in India?

There has been market speculation that the FDI cap for insurance companies may be increased (possibly to 74%). This follows the Indian finance minister’s budget speech in July 2019, which mentioned the government’s willingness to consider proposals for ‘further opening up of FDI’ in the insurance sector and the increase of the FDI cap for insurance intermediaries (as summarised above). However, the ‘Indian ownership and control’ guidelines which impose a number of governance restrictions will also need to be eased, for the liberalisation to be truly effective and investors will need to carefully monitor developments in that regard. Also, new entrants will need to invest time in understanding the registration regime, find suitable local partners and put in place effective distribution arrangements, as those are key drivers for success in the Indian market. 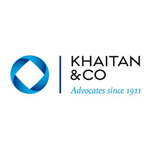 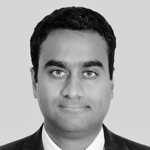 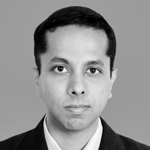