After a series of long-winded negotiations between the federal government, employees’ representatives and the entrepreneurial sector, the Mexican Congress approved, and the federal government enacted on 23 April 2021 the much prophesied labour reform to ban outsourcing through significant amendments to the Mexican Federal Labour Law (FLL), Federal Fiscal Code, Income Tax Law and Value Added Tax Law, among others. With several hefty restrictions on the labour, tax and social welfare fronts, the federal executive was clear in its intent to put an end to outsourcing and insourcing practices; a goal that had long been pursued and that prompted past, less radical reforms to the FLL.

Here are some of the key elements of Mexico´s new labour reforms:

What does this mean for Mexican companies?

Prior to the reform, the FLL allowed and regulated outsourcing in Mexico, enabling businesses to indirectly hire employees through a third party. Over the years, providers of personnel and payroll administration services, designed complex cost-cutting solutions from which companies not only benefited but were then able to deduct and/or credit any expenses arising therefrom against their taxes.

As of the date of publication of the labour reform in the Federal Official Gazzete, companies with sub-hiring practices (whether through insourcing or outsourcing) are now required to directly employ all personnel needed to attain their corporate purpose. In order to align with the new labour framework, a large number of Mexican companies are facing the need to (i) undergo internal labour restructures to redistribute human resources from the services companies to the operative entities; (ii) revise and in some case terminate services agreements; and (iii) amend their corporate purpose to include a very specific definition of the company´s core business, allowing them to sub-hire specialised services providers for all those activities not related to the company´s preponderant economic activity.

In connection with the mandatory profit-sharing rights of the employees (PTU), a fundamental point of pushback from the private sector, the PTU went from a pre-reform distribution of 10% of a company’s profits among its workers, to a post-reform payment cap to this benefit at three months of the worker’s salary or the average PTU received by the worker in the previous three years (which ever is more beneficial to the worker).

Finally, in addition to the tax impact, severe sanctions that vary from steep fines to the classification of simulation conducts as tax fraud, apply to both the contractors and the beneficiaries of the unregulated third-party services.

Entry into force and relevant deadlines

In general terms, the entry into force of the Reform Decree is on the day after its publication, meaning 24 April 2021. However, companies with existing insourcing or outsourcing structures have until 1 August 2021 to turn over their employees to the operating entities. A waiver to the general requisite to transfer the assets (that are essential to the company’s operation) from the transferor to the transferee, has been given to those companies which complete the employer substitution within the next 90 days of the entry into force of the decree. Also, provided that said deadline is met, the substitute employer will be able to maintain the risk premium of the substituted employer.

An exception to the rule

As part of the provisions included in the Reform Decree, the FLL contemplates a sole exception to the sub-hiring prohibition by allowing the subcontracting of specialised tasks or services and further defines them as all those activities that are not related to the corporate purpose of the company or the main economic activity of the contracting party. This includes shared complementary services between companies of the same business group.

However, there is one caveat, all companies and individuals that render or wish to render specialised services or perform specialised tasks in favour of third parties must obtain an authorisation from the Ministry of Labor and Social Welfare by registering with the Public Registry of Specialised Services and Task Contractors that was created for such purposes. Said authorisation will be subject to prior analysis of a series of requisites, including proof of compliance with all tax and social security monetary obligations.

On 24 May, the Mexican Ministry of Labor and Social Welfare, published the general rules for the registration of specialised services providers, setting forth the requirements and obligations to be fulfilled to obtain and maintain such registration. Including the obligation to renew the registration every three years and to quarterly report all the services agreements that were executed by the specialised service provider during the preceding quarter. Aside from the obligation to renew the authorisation every three years, the Ministry of Labor and Social Welfare may revoke it at any time, should it become aware of a breach of the specialised services provider’s obligations.

It is to be highlighted that in case the subcontractor fails to comply with these obligations, the beneficiary of the specialised services shall be jointly liable in the employment relationship with the workers of the service provider. Also, those who render specialised services without the necessary registration before the Ministry of Labor and Social Welfare or those who benefit from them, could be subject to fines ranging from $9,000 to $225,000 per each affected employee.

It is fair to say that to maintain business-as-usual in connection to outsourcing practices has been rendered utterly unviable. For nearly 70% of Mexican companies that relied on the subcontracting of personnel to carry out their business, the financial impact in terms of increased profit-sharing payments, social security quotas, taxes and implementation costs has proven to be severely burdensome. In the midst of a pandemic environment, it remains to be seen if this labour reform was the right path to attend to and protect the labour rights of Mexican workers at the risk of adding to the already 2.7m jobs lost during the past year. For now, subcontracting specialised services is still a viable option which as restricted as it is, still gives companies and workers certain breathing room. 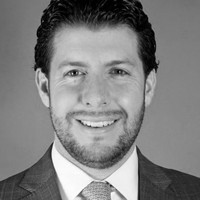