As the level of sophistication of economic crime has evolved and increased, there has been a growing need to streamline the mechanisms for confiscating its benefits, thus eliminating its economic incentive and inculcating the idea that ‘crime does not pay’. The law went beyond a strict definition of white-collar crime and entered what is seen as an admirable new world.

The harmful effects resulting from certain criminal phenomena – such as corruption or drug trafficking – with major effects on social life and the functioning of the rule of law, as well as the increased difficulties in the burden of proof and, specifically, the link between revenues that emerge from crime, became the root of draconian regulations, particularly at European level. This came up in Portugal through the adoption of Directive No 2014/42/EU, of the European Parliament and of the Council, 3 April, transposed into Portuguese legislation by Law no 30/2017, 30 May, amended Law no 5/2002, 11 January, which establishes measures to combat organised and white-collar crime.

According to this Portuguese legislation (which reflects the transposed directive), the defendant assets that are inconsistent with their lawful income are presumed to have illicit origin, which inverts the burden of proof, leaving it to the defendant to rebut the presumption. Within this legal framework, questions are being raised regarding whether this revolutionary shift in the burden of proof would violate the traditional principles set out in articles 18 and 32 of the Constitution of the Portuguese Republic, namely the presumption of innocence, the right to silence and no self-incrimination, traditionally provided to the defendant in criminal proceedings, such as the accusatory structure and the property right, hand in hand with personal reputation and privacy protection.

As widely known, according to the principles in dubio pro reo and right to silence, both fundamental in criminal proceedings structure, the accused does not need to produce evidence, which is the main and only task of the Public Prosecutor’s Office.

Throughout these legal standards the defendant is burdened with intense and proactive probative activity in the course of criminal proceedings, in which they have not yet been convicted.

It is true that the Portuguese Constitutional Court holds the position that these principles remain untouched. In fact, this same Court is arguing that because it is a ‘grafted procedure in criminal proceedings, the constitutional norms of the presumption of innocence and the right to silence of the accused do not operate’. This is because, ‘what is at stake in this procedure is not to ascertain any criminal liability of the defendant, but rather to verify the existence of gains resulting from a criminal activity. Hence, both the determination of the value of this incongruity and the possible loss of assets resulting therefrom, is not based on a specific judgment of censorship or guilt in ethical and legal terms, nor a judgment of specific danger of those gains being used to commit future crimes, but on a situation in which the value of the offender’s assets, in comparison with the value of the lawful income earned by the offender, gives rise to a presumption of their illicit origin, which must be prevented from maintaining and consolidating the unlawful gains’ (the ruling of the Constitutional Court of Portugal, no 392/2015). This looks like sophistry.

As a matter of fact, there is only one process, and the defendant remains the same. Thus, in the evidence produced by the Court, there is no division between the purposes of liquidation and those of criminal proceedings. The defendant must disclose enough information about their life and business to protect their own assets.

All matters (including those relating to seizure) are part of the object of the proceedings and it is up to the judge to decide on the basis of all the evidence.

The extended confiscation decision is based on the presumption that the amount to be declared lost was obtained through criminal activity. This criminal activity may be the one that for which the defendant is convicted or even exceed that scope. Even with an absolute lack of connection between that crime and their fortune, the defendant will see all of their property at serious risk.

The defendant is under the suspicion that they may have committed other crimes, besides those for which they were convicted, since the extended confiscation is based only on a rebuttable presumption.

On the other hand, an extended confiscation order may consist of an ablation to the defendant’s assets, in accordance with the criteria established in Portuguese Law no 5/2002. Just because the incongruent assets may not have a direct connection with the criminal activity, it does not exclude them from confiscation – contrary to what happens in a classic confiscation, under Article 110 of the Portuguese Penal Code.

The importance of enforcement measures capable of combating organised crime is undisputable. However, the state should only intervene when, in all probability, income or goods obtained through the commission of crimes are at stake.

It is established the court does not even have to be convinced the incongruity comes directly from criminal activity. This is a mere presumption that becomes effective upon conviction.

This issue regarding the distribution of the burden of proof is highly unusual in the Portuguese legal tradition. It is incomprehensible that failure to prove a particular fact will have the immediate effect of proving the contrary. It is time to return to good values.

Rogério Alves & Associados in The Legal 500 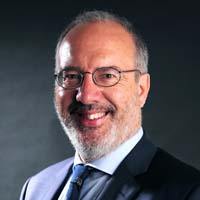 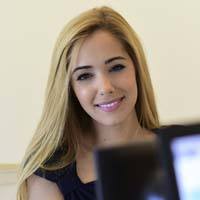 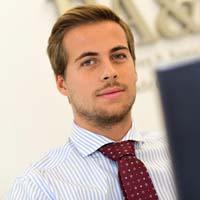