Article 4 of Law No 4054 on the Protection of Competition (Law No 4054) prohibits all agreements between undertakings, decisions by associations of undertakings and concerted practices having (or that may have) as their object or effect the prevention, restriction or distortion of competition within a Turkish product or services market or a part thereof. The Block Exemption Communiqué No 2002/2 on Vertical Agreements (Communiqué No 2002/2) and the respective Guidelines on Vertical Agreements draw the block exemption principles for vertical agreements, which may be exempt from the application of Article 4 of the Law No 4054 provided that certain conditions are satisfied.

The Turkish Competition Authority has proposed to introduce certain amendments related to Guidelines on Vertical Agreements in 2017. In this respect, on 20 July 2017, the Turkish Competition Authority announced that the Draft Vertical Guidelines is available for public consultation and subsequently on 12 December 2017 held a workshop meeting where proposed amendments to the guidelines were the subject of discussion.

The authority completed its work in progress on revising the Guidelines on Vertical Agreements, issued based on the Communiqué No 2002/2. It took approximately two years for the agency to finalise its work. The authority published the updated version of the guidelines on 30 March 2018. Below is the summary of amendments made to the guidelines.

The authority’s announcement of revised guidelines indicates that the internet’s emergence as a new distribution channel provides consumers with the ability to (i) access a large set of information without difficulty, (ii) compare prices, (iii) access more products and more sellers. On the other hand, it enables suppliers to market their products to wider geographical markets with lower costs. For that reason and due to the rapid increase in internet sales’ yearly average developing rate in Turkey, a regulation on internet sales has become a necessity. The authority’s announcement further states that the amendments seek a balance between (i) re-evaluation of competition law rules with respect to sales through the internet, thereby ensuring preservation of the internet’s contribution to consumers and resellers and (ii) protection of suppliers’ commercial interests. On that note, the authority has added a couple of articles to sections regarding sales through the internet. Please find the brief notes on the amendments below.

A restriction on sales through distributors’/dealers’/buyers’ websites imposed by a supplier is restriction on passive sales. Within this context, purchases made through consumers’ (i) visits to dealers’ websites, (ii) contacts with dealers or (iii) requests to be auto-informed by dealers are considered to be passive sales. Offering various language selections by dealers on their website does not change the fact that they are passive sales. Accordingly, the restrictions below in particular on internet sales will not benefit from the exemption under the Communiqué No 2002/2.

(Exclusive) distributor’s termination of transaction after realising the customer is not located in its (exclusive) region regarding the customer’s delivery, mail, credit card etc address information: restriction on sales requested through the internet from a particular region or customer group will be considered as a hardcore restriction.

Restriction on share of sales through the internet in total amount of sales: on that note, setting a maximum sales limit for internet sales will be considered as a hardcore restriction. A condition setting forth that a distributor should sell a particular portion of its total sales through physical stores as to preserve those stores’ efficiency without restricting internet sales or conditions as to ensure compatibleness of internet sales and general distribution system are excluded from the scope of this restriction.

To that end, restrictions above are considered to be restriction of passive sales. However, internet sales made to a particular exclusive region or a particular exclusive customer group of another distributor through promotion or similar methods will be deemed active sale and one can argue that such sales will be within the scope of the exemption. Advertisements directed to a specific group of customers and/or a specific geographical region and (unrequested) emails will be considered as active sales. For instance, advertisements directed to a particular geographical region, that are published through third-party platforms or market places are active sales for that region’s residents. Accordingly, one can consider making payments to search engines or internet advertisement providers to publish ads for customers located in a specific region as an active sale.

On the other hand, a supplier may impose certain conditions on the use of internet distribution channels as it can also do for physical stores or catalogues that publish ads and promotions. For example, suppliers may require quality standards for the website or may require provision of certain services to the customer’s purchase through the internet:

Especially within a selective distribution system, the supplier may require its distributor to possess at least one physical store; however, such requirement should not aim to exclude the suppliers that only sell through the internet (pure player) from the market or restrict their sales. Suppliers may also impose additional requirements to their distributors, but more importantly such requirements should not aim to directly or indirectly restrict distributors’ internet sales. Justifications for the imposed requirements should be objective, reasonable and admissible with respect to the aspects that enhance the distribution’s qualifications and quality, brand image and/or potential efficiencies. Likewise, the supplier may require the distributor to resell only through ‘sales platforms/market places’ that fulfil certain standards and conditions. However, this requirement should also not aim to restrict the distributor’s internet sales and price competition. One may consider general restrictions on sales through platforms without any objective and uniformed justification regarding the product’s propriety and qualities as an infringement.

Even though requirements imposed on physical sales and internet sales should not be identical due to their difference on sales conditions, both requirements should (i) serve the same purpose, (ii) ensure comparable consequences and (iii) be able to verify the intrinsic differences of the two distribution channels (‘equivalence principle’). In other words, the conditions should not restrict internet sales directly or indirectly. Therefore, one can consider requirements as hardcore restriction if they (i) violate the equivalence principle and (ii) discourage distributors to use internet as a distribution channel.

A website launched for reselling through the internet by a distributor within a selective distribution system, will not be considered as a new physical sales point.

The authority’s announcement indicates that MFN clause is one of the frequently examined issues recently by the competition authorities throughout the world and the competition law practitioners and thereby a necessity of establishing a new regulation on this matter has arisen.

In principle, an agreement containing MFN clauses may benefit from block exemption on the conditions that the market share of the party that is beneficiary of the clause does not exceed 40% and that the other conditions stipulated in the Communiqué No 2002/2 are met. The evaluation of MFN clauses in the traditional markets differs from those in the online platforms. For example, while the party that is the beneficiary of the clause is the buyer in the traditional markets, it may be either supplier, buyer or intermediary in the online platform markets depending on the relevant product market. Therefore, Communiqué No 2002/2 does not provide any indication as to which party’s market share should be taken into account. Accordingly, the Communiqué provides that one should consider the market share of the beneficiary party of the agreement. In case the market share thresholds are exceeded, it is necessary to consider the explanations on individual assessments in the guidelines:

For instance, retroactive MFN clauses which allow the beneficiary buyer to get more favourable offers in all cases or which increase the supplier’s costs for making discounts to buyers that are not party to the clause (payment of the difference between the (i) low prices offered to buyers that are not party to MFN clause and the (ii) price offered to the buyer party to MFN clause, to the relevant buyer), are likely to harm competition much more than other clauses do. Besides, in the instances where parties to MFN clause have market power compared to their competitors in the market, one may evaluate that such clauses are likely to harm competition more. In such situations, these clauses may lead to exclusion of competitors that are not party to the relevant agreement and foreclosure of market to the competitors. Moreover, the use of these clauses in the concentrated markets is more risky than the use of these clauses in non-concentrated markets from a competition law perspective. This is because the likelihood of rival buyers that are not party to the clause, finding an alternative supplier is relatively lower in the concentrated markets. In addition to this, in the cases where the use of MFN clauses have become widespread and thus a significant portion of the market has been subjected to these clauses, it is necessary to adopt a more skeptical approach in the evaluation of these clauses. This is because it is more likely that the restrictive effects arising from the clauses cumulatively increase where these clauses have become widespread in the market, and thus the likelihood of restriction of competition is higher.

On the other hand, MFN clauses may not result in a competition concern under certain circumstances. For example, in the instances where both parties to an agreement containing MFN clauses do not have a market power, it is unlikely that implementation of these clauses would create competition concerns. In case small-scale buyers with no market power use MFN clauses, it would have a positive effect on the competition in the market given that these clauses allow relevant buyers to benefit from favourable price and conditions in the market. In the instances where concentration level of the upstream market is low (ie upstream market is sufficiently competitive), competitive harm may not exist given that in such a situation current and potential competitors may choose the alternatives. In case of a non-transparent market, the negative effects of MFN clauses would be relatively low given that in such situations it is unlikely to effectively monitor the implementation of these clauses in the market. 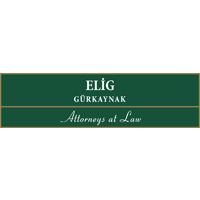 ELIG Gürkaynak Attorneys-at-Law in The Legal 500