The Financial Conduct Authority (FCA) recently launched a consultation on its proposed guidance on cryptoassets (CP19/3). The move comes as part of the UK Cryptoasset Taskforce’s wider look into the regulation of the cryptoasset market.

The consultation follows a report published in October 2018 by the Taskforce, which consists of the Bank of England, HM Treasury and the FCA.

The FCA notes that the UK cryptoasset market is still relatively nascent: cryptoassets are not yet widely used as a means of exchange within the UK and, after a boom in 2017, the amount of global Initial Coin Offerings (ICOs) declined in 2018, suggesting increased investor caution. However, the FCA is clear on the need for regulation of the cryptoasset market to alleviate some of the potential risks posed by it, in particular:

By publishing the guidance, the FCA is seeking to clarify the boundaries of their regulatory remit of the cryptoassets market, and to reduce doubt among those dealing with cryptoassets as to the applicability of regulation. They wish to ‘make it clear that firms carrying on regulated cryptoasset activities in the UK must obtain the appropriate authorisation from the FCA’.

The FCA hopes that its clarification of when the authorisation regime applies, combined with the existing ability of consumers and other market participants to check the FCA Register to see if firms have obtained the necessary authorisations or exemptions, will leave consumers better protected.

Enhanced integrity in the cryptoasset market should also encourage market development and promote more effective competition in the interests of consumers.

The guidance sets out which cryptoassets, in the FCA’s view, fall within the following three different definitions and legal regimes:

Cryptoassets will be considered ‘Specified Investments’, and will therefore fall within the perimeter of FCA regulation, if they are what the FCA describes as ‘security tokens’ – having characteristics akin to traditional securities (such as shares, debt instruments and units in collective investment schemes) and which grant ‘certain rights associated with traditional securities’.

The FCA’s assessment will also be partly subjective, with the regulator looking at the language used within the relevant documentation. However, the FCA stresses that ‘the substance of the token will determine whether an instrument is a Specified Investment, and not necessarily the labels used’, meaning clever drafting will not necessarily bring a token within or, as the case may be, take it outside the FCA regulatory perimeter.

Exchange tokens, more commonly known as ‘cryptocurrencies’, are used as a means of exchange in the same manner as traditional fiat currency, but are not recognised as legal tender within the UK.

They typically do not grant the token holder any of the rights associated with Specified Investments, and there is no central issuer who is ‘obliged to honour’ any contractual rights which may exist.  Therefore, they will fall outside the regulatory perimeter of the FCA at present.

HM Treasury is, however, planning to release its own consultation on cryptoasset regulation in the coming months, and it is likely that this will look at expressly bringing exchange tokens within the regulatory perimeter.

It is also noteworthy that the Fifth Anti-Money Laundering Directive (AMLD5), when transposed, will extend anti-money laundering regulation to entities carrying out exchange-related activities (including exchange between cryptoassets and fiat currencies, and transfers of cryptoassets).

The AMLD5 is currently scheduled to be transposed into UK law by the end of 2019. Therefore, while exchange tokens will generally fall out with the FCA’s regulatory remit, there will be further regulation of entities dealing with exchange tokens through implementation of AMLD5.

Utility tokens give a consumer access to a current or prospective product or service in a manner similar to rewards-based crowdfunding. However, they do not provide the same rights to the token holder as Specified Investments.

The FCA guidance states that these tokens will only be within the regulatory perimeter if the tokens meet the definition of ‘e-money’ under the EMRs, namely electronically-stored monetary value, represented by a claim on the electronic money issuer which is:

While exchange tokens are unlikely to meet this definition (as they are not usually centrally issued on the receipt of funds, nor do they represent a claim against the issuer), a token that is ‘pegged’ to the value of a currency (also known as a ‘stablecoin’), and is used for payment of goods or services on a network, might meet the definition of e-money and therefore be a regulated form of cryptoasset.

Cryptoassets which fall within the definition of e-money and which are part of the regulated payment service may be regulated under the PSR regime.

However, the use of cryptoassets, which do not qualify as e-money, purely ‘as the vehicle for remittance’ may fall outside the scope of the PSRs.

Drawing on an example from its regulatory sandbox, the FCA cites the case of a cross-border payments firm which received funds in one fiat currency from a payer to transfer to a payee in a different jurisdiction and in different fiat currency.

The result of the FCA guidance is enhanced regulatory clarity. Where a firm is carrying out cryptoasset activities that relate to tokens which constitute Specified Investments or e-money, by way of business in the UK, they will need to seek the appropriate authorisation or exemption from the FCA.

This will apply regardless of what technology is involved. Examples of market participants who may require authorisations or exemptions include exchanges or trading platforms, custodians or wallet providers, payments providers, and advisers, brokers and other intermediaries.

Cryptoasset activities commonly transcend national borders. From a jurisdictional point of view, the FCA may regulate cryptoasset activities which take place partly outside the UK; for example, where a UK firm safeguards and administers Specified Investments for its clients overseas. On this point, the general position set out in chapter 2.4 of the FCA’s Perimeter Guidance Manual (which explains how its regulatory purview applies to cross-border activities) is equally relevant to cryptoassets.

The FCA provides further explanation throughout the guidance, with the use of case studies to help illustrate the practical implications of the guidance, and a table (at page 33 of the guidance) which outlines the sorts of permissions which may be required by certain market participants.

The guidance also reiterates the point that, if the token is a transferable security, and will be offered to the public in the UK or admitted to trading on a regulated market, then the token issuer will need to publish a prospectus, unless a specific exemption applies. The obligations in this respect are consistent with those which apply to an issuer of traditional securities.

The response so far

The response from those in the cryptoassets industry seems generally to have been positive, with the guidance welcomed for providing much-needed clarity in this area. Various industry insiders have also expressed their belief that regulation will continue to help the cryptoasset market to mature and grow within the UK.

The FCA’s decision to clearly state the boundaries of cryptoasset regulation has been received warmly, especially when compared with the varied responses to-date of regulatory bodies elsewhere.

However, there is also caution that no final conclusions should be drawn until the FCA has published its final guidance, once the consultation is complete.

The consultation period is scheduled to end on 5 April 2019, with the final guidance then following in the summer. As noted above, HM Treasury is planning its own consultation into the matter, potentially looking at whether exchange tokens should be brought within the regulatory perimeter, and how this could be done.

The Taskforce has also committed to consulting in the first quarter of 2019 on a potential ban on the sale of cryptoasset derivatives to retail customers, and holding meetings every six months to review the UK’s approach to cryptoasset regulation as the technology evolves and develops. The UK Government is also currently developing a regulatory regime for cryptoassets that would go further than AMLD5.

Therefore, while certain forms of cryptoasset may not be captured by the FCA’s remit, further regulation may be just around the corner. It will be interesting to see whether increased regulatory scrutiny puts the brakes on the emerging industry’s growth, or whether greater oversight leads to enhanced market integrity and boosts investor confidence in cryptoassets. 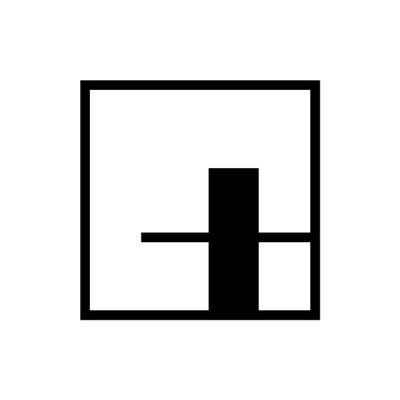