Shareholder activism continues to grow in the UK as it does globally, both in terms of capital deployed and the publicity it attracts. While shareholder activism is not a new concept in the UK, the type of investors involved in activist campaigns, the companies that they are targeting, the tools that activists are using and the outcomes that they are seeking to achieve have evolved over recent years. The more typical response of the board of a company that is targeted has also changed reflecting a change in tone and approach away from straight defence tactics alone, and towards that of ‘board preparedness’ and ‘constructive engagement’.

The activists involved in campaigns are no longer just the funds for whom activism is a business model. Passive funds and institutional investors are also more willing to become involved in campaigns, whether publicly or privately. Consequently, there is some convergence between activism and stewardship. This is in part due to the broadening of activists’ campaigns to target wider governance issues.

The outcomes being sought

Activist campaigns often just used to focus on achieving changes to the board of directors, with the aim of then driving change from the inside. This approach has changed over recent years and many campaigns target a single specific issue, such as:

The legal framework for activism has not changed to any significant degree in recent years but the use of the tools has evolved.

Even if the activists are not seeking to change the board, the fact that they can do so with a simple majority of those voting at the relevant meeting means that the shareholder has a powerful tool to underpin its message.

Shareholders can also requisition a resolution at a shareholder meeting convened by the company. Provided the proposal, if passed, would be effective, there is no limit to the type or wording of a resolution that an activist may propose. Resolutions may be put as directive resolutions (ie binding on the company) or advisory (non-binding). Examples of resolutions that have recently been requisitioned include a resolution to establish a shareholder committee (at RBS’s 2018 AGM) and a resolution to require a company to set and publish environmental targets (at Royal Dutch Shell’s 2018 AGM). Shareholder resolutions concerning broader directional issues (such as setting environmental targets), rather than containing a specific proposal (for example, to remove or appoint a director), are fairly uncommon and do not often attract much support – the RBS resolution received just 1.35% of votes for the resolution.

As an alternative to calling a shareholder meeting or requisitioning a resolution, shareholders may instead choose to exercise their power through voting on resolutions proposed by the company at a general meeting or annual general meeting. For example, shareholders may elect to show their discontent with how a company is run by voting against the directors’ remuneration, which is the subject of an annual advisory vote at each AGM, with a binding AGM vote every three years on the remuneration policy. They may also target particular directors and vote against their re-election if they feel that their performance has not been up to scratch – the UK Corporate Governance Code requires all directors of companies in the FTSE 350 to be put up for re-election annually.

An activist may also seek to block an M&A transaction – for example, where the targeted company is a premium listed UK company, shareholder approval may be required under the Listing Rules for a large transaction and an activist may seek to rally other shareholders to block the transaction. In that situation, the use of proxy solicitation agents, who contact shareholders and urge them to vote in a particular way, has become more common. Activists may also agitate to effect an M&A transaction, eg, a sale or demerger.

Shareholders may also express their view on a takeover. In the UK, it is the target shareholders’ (rather than target directors’) view which ultimately matters on a bid and they can elect whether to vote for or against a scheme of arrangement, or whether or not to accept a contractual takeover offer. A practice has grown in recent years, referred to as ‘bumpitrage’, where a fund takes a stake in a company that is the subject of an offer with the intention of forcing the bidder to increase its offer. There have been instances where this tactic has been used very effectively, although it is not always successful.

Activists have increased use of tools such as social media and microsites to reinforce their campaigns. However, it is important not to forget any legal and regulatory restrictions when conducting a campaign, from ensuring that statements are not defamatory, to not disclosing inside information in breach of the requirements of the Market Abuse Regulation or triggering the requirement to make a mandatory offer for the company under Rule 9 of the Takeover Code. All of these issues require careful consideration.

It is not just the activists which have changed their tactics in relation to campaigns. The board of a company facing an approach from activist shareholders may have various strategies to defend its position. The key change we have seen is an increasing number of boards who prepare for an activist approach in advance, and a willingness to engage with shareholders on the issues they raise. Refusal to engage is unlikely to assuage or address concerns.

Boards should therefore consider best practice on preparedness which could include:

Key, both for the target and the activist, will be the public response to any campaign and a media strategy should be put in place which addresses the relevant issues without falling foul of the legal and regulatory framework. That said, the ultimate arbiters will be the body of shareholders (a simple majority or 75%, depending on the issue) and so both company and activist will want to ensure their positions are effectively communicated. Substance at the end of the day should prevail over form.

Activism is here to stay and will continue to grow. Companies should therefore consider putting in a strategy as to what to do if they are targeted. 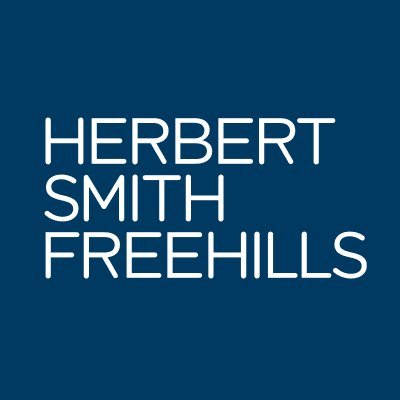