It has been a year since the Takeover Panel updated its rules regarding statements by an offeror company of its intentions for a target’s business. The first formal reports by offeror companies on whether they have complied with the new regime are beginning to filter through, so now seems an appropriate moment to analyse the impact of the updated rules so far.

It has long been an established principle in takeovers that, when considering the merits of an offer, shareholders do not always make an acceptance decision based solely on price; more altruistic considerations are also relevant, including the offeror’s strategic plans for the target company and the wider impact on target company stakeholders (notably employees and pensioners).

This is all the more important in a share-for-share offer whereby target shareholders will ultimately hold an economic stake in the combined business.

These stakeholder-focused considerations are now given greater prominence in the Takeover Code thanks mainly to politically-charged takeovers of the last decade – see, for example, Kraft’s takeover of Cadbury (in which Kraft reneged on a promise to keep open the Cadbury factory in Somerdale near Bristol), and Pfizer’s failed bid for AstraZeneca (where debate raged as to the ‘legally-binding’ nature of Pfizer’s promise to maintain a Cambridge HQ and research and development centre following completion).

Indeed, it was this uncertainty surrounding enforceability which prompted the panel to revisit its approach in this area – and the Code now dictates that offerors can make either non-legally-binding ‘statements of intention’ (which are nevertheless expected to be adhered to by an offeror unless there is good reason for an offeror not to do so), or legally-binding ‘post-offer undertakings’ (known as POUs, which are enforceable by the panel in court). However, POUs have been adopted on only a handful of takeovers – the first instance being in the highly-charged, post-Brexit vote environment of the takeover of ARM Holdings by SoftBank, and more recently on the contested, politically-significant bids for GKN and Sky.

Therefore, for the vast majority of takeovers, offerors will simply set out their intentions for the attention of stakeholders in the target company’s business without any legally-binding commitment. That said, these intentions are required to be honestly and reasonably held, and recent regulatory changes require these intentions to be stated in full when a firm offer is launched (previously they could be delayed until posting of the formal offer document). Those regulatory changes also require an offeror to announce publicly, 12 months later, the extent to which the offeror has complied with its intention statements, together with an explanation as to why it has failed to do so (if applicable).

More recently, the panel has applied greater focus in this area, seeking to tease out more specific disclosures and thus prevent offerors from hiding behind ‘boilerplate’ disclosure language in offer documents. However, while disclosure by offerors in the last 12 months has been more extensive than before, it has not represented a seismic change in the level of detail of disclosure regarding actions which will occur post-bid, which, more often than not, are stated to be subject to completion of a post-offer integration review.

The panel’s regulatory changes in this area have had the knock-on effect of requiring offeror boards to finalise their positions with regard to stakeholders earlier in the bid process – now, the panel effectively needs to ‘sign off’ on these statements prior to the launch of any offer. The escalation in importance of intention statements in the context of a bid in turn provides target boards with greater opportunity to press for commitments in relation to their own stakeholders, and also greater opportunity for employees to comment on the merits of a bid, particularly an unwelcome one – albeit there has been little increased appetite for either of these things in the 12 months since the changes were implemented.

So far, the initial announcements from offerors whose offers completed 12 months ago have certainly been low key – offerors have been complying with their intentions as stated, as they had done prior to the change in regime 12 months ago, in all cases being mindful of the regulatory implications of not doing so. The existing and recently modified ‘intention statement’ regime therefore seems to be operating well.

We do not see this status quo changing without an external impetus from politicians. Stakeholder interests will continue to be a factor in high profile, politically-sensitive bids, and we anticipate that legally-binding undertakings will become the norm in those deals; however, there does not seem the need, nor the appetite, for parties involved in less politically-significant public M&A to adopt this approach and obtain POUs to cater for stakeholders’ interests.

It is becoming increasingly apparent that POUs are not required to be entered into to provide stakeholder protection, which the updated ‘intention statement’ regime delivers in the vast majority of offers; instead, POUs are effectively a mechanism to enable offerors to obtain political approval of a significant deal by enabling politicians to state publicly that they have safeguarded stakeholders’ interests. 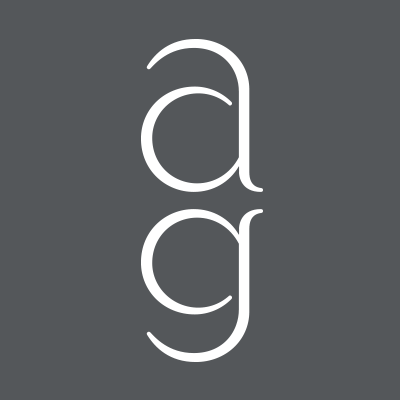