Speaking to clients, in-house general counsel and those in industry, while all are concerned about the deal that may be struck around Brexit, many have to deal with other uncertainties existing in the current market. The exit negotiations of the UK from the EU are still subject to many turns before, and arguably if, any deal is progressed by March 2019 and that has important implications for key Scottish industries such as financial services, manufacturing, agriculture, fisheries and more widely, the marine and food and drink sectors.

So what are the other factors that create additional uncertainty in today’s market and what are businesses and asset managers doing to assess and if possible mitigate that risk?

This question can be posed on a global basis and indeed is the subject of much discussion between international and national industry bodies, regulators, central banks and businesses. There are certainly some common factors that present themselves – and they apply equally to business in the UK.

Role of China in world trade

The role of China in world trade presents challenges but also opportunities, particularly with Scotland’s tradition of internationalisation of business and talent. The Scottish government has been keen to encourage regional co-operation between the two countries, as part of the People to People Dialogue between the UK and China (which was established in 2012), and there have been reciprocal visits between politicians in the past year. The Chinese government wants to encourage foreign investment in key sectors such as high technology and renewable energy, where innovation is required, while China itself enjoys economic growth that many countries would envy, with a GDP second only to the US internationally.

There are, of course, well-publicised tensions around trade between China and the US, and various other social-cultural issues at play, which could impact on trade relations. Equally, some view past examples of overly rapid expansion in the Chinese economy and subsequent retraction with caution, with one eye on implications for world confidence and asset values and concern of reoccurrence.

The threat of inflation is ever present with increasing domestic cost pressures and wage growth seen as significant factors over the next period. These have important implications for business and may also feed into a decision to increase the Bank of England base rate again, affecting costs to funding of businesses. That said, we have seen some very rapid changes of heart by the monetary policy committee of the Bank of England recently with a decision to hold interest rates in May after a widely anticipated increase (indeed, an increase trailed by its governor). This shows sensitivity to a number of factors which exist in the market which might tip the needle in the outlook for GDP growth rapidly from one direction to the other and related implications for monetary policy.

The rise of populism in Europe and elsewhere is also a key factor affecting investment.

Election results in France, Italy and Germany, for example, evidence a swing from centre-left politics to a much more right leaning populism. Issues such as immigration and national identity are at the forefront of European politics just now – the Brexit result shows that all too well – meaning a different set of economic priorities for many key UK allies.

Similarly, there has been a clear rise in protectionist policies and potential retaliatory responses, the most recent being the Trump administration’s imposition of import tariffs on steel and aluminium from Europe. For the UK it is understood that this represents 7% or £360m of steel exports. Protecting businesses at home is what might be expected of any nation’s government but there is a fine balance established which allows for stable trade and avoids the prospect of a trade war. Implications for businesses which are subject to the additional tariffs are obvious – margin compression, customer defection and potentially needing to look to new markets. All of this is aggravated by the US’ current huge fiscal spending programme at what is an unconventional time in the cycle, but which is creating a huge demand for steel and other materials involved in large infrastructure projects.

Whether this internal focus is a new lasting policy for governments, or a reactionary piece reflecting the populist movement rise remains to be seen.

As would be expected from a long-ish period of economic expansion in the economic cycle, markets have been keeping an eye on indicators that might suggest, if history is anything to go by, that the current expansion period is coming to an end. The situation is not, however, straight forward and there are some additional factors this time around which might influence the position. The central concern is that if current assets are overpriced, these may be subject to adjustment if there is a market downturn. One such factor includes the fiscal spending programme currently committed to by the US, which might support asset values.

With the economy across Europe continuing its recovery from the financial woes of 2008, the general expectation is that the current low interest rates in Europe will start to be unwound. The European Central Bank is due to end its monthly bond purchase later this year (a policy of economic stimulus to the tune of €30bn a month), and the market seems to be expecting a rate rise to follow in the period after that. Any such rise would have a clear impact on domestic rates, but a keen eye will be kept on inflation to gauge how big and how quickly a rise may come.

So what is industry doing to mitigate these risks? Businesses are and should be testing business fundamentals and ensure their business plans take account, or at least create some headroom around the uncertainties in future market conditions highlighted. Look at investment where that fits with a tested and considered business plan and might operate to protect against certain market risks and place the business in a position to take advantage of opportunities. Some of the items may have contractual solutions and a key task is to review existing documentation to ensure risks are appropriately allocated – both in terms of key business contracts and in funding documentation. Consider appropriate risk mitigants where possible – that may range from the location of key divisions to financial products, including swaps to protect against possible changes. 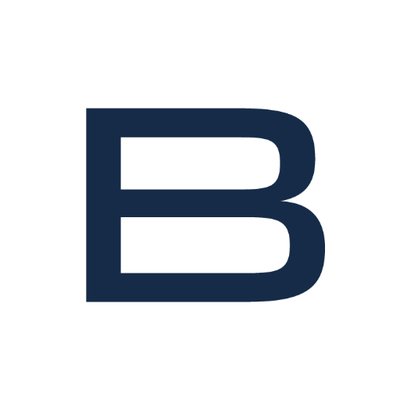 Head of banking and financial services