In the third of their series of articles on corporate reorganisations, Robin Johnson, Christian Mense and Nicola Evans of Eversheds Sutherland consider
what to do once an agreement is signed

When a company buys a business or group of companies, a lot of work, time and cost goes into due diligence of the target. Due diligence can be done by third parties such as accountants, commercial consultants, external lawyers as well as in-house teams. The reports that are prepared for the purposes of due diligence often will be shared by senior management with boards in order to make decisions to ‘go or no go’.

However, once the deal is done, what happens next?

Due diligence reports should be regarded as live documents, constantly being updated.

Many times, acquirers do not share due diligence with the management they have just acquired and just move on as if the due diligence was not relevant to the ongoing business. One of the best ways for an in-house lawyer to get to know the new management of acquired business is to work through the due diligence reports with them to either get confirmation that the points that had been raised in the due diligence are right or, if wrong, where they need to be corrected. They then can be used to smooth the integration and reorganisation of the business in conjunction with acquired management.

Similarly, with data rooms, there is often a lot of information in data rooms but the number of times that the data room is shut, put onto a disk and for that disk never to be seen or utilised again is truly shocking. The data room will contain information that can be used towards the integration and reorganisation of the business. It is important, however, to recognise that there are materiality thresholds used both in due diligence reports and in data rooms which mean that some information that is critical to the in-house lawyer is not always there. Understanding where that other more day-to-day information sits and where those records are is important. This is all about communication with the acquired management.

After every acquisition, an in-house lawyer will be reorganising the acquired business. Utilising target management as part of that reorganisation is an opportunity that should not be missed by in-house lawyers to get to know the business and, more importantly, the people in the business and to allow those people to then understand they have someone they can reach out to in relation to legal issues going forward. One must never forget that an acquisition, due diligence and data rooms are often conducted in an adversarial situation. Changing that mindset to one of being part of a new team is key to the success. It allows target management to feel part of the organisation and to assist in the enlarged business going forward.

Having target management actively involved in a reorganisation post-deal will mean that reorganisation will be more effective and achieve the results quicker.

It’s not unusual following an acquisition for there to be inter-group or hive-across arrangements where the target business is brought into other part of the business by way of inter-group transfers. While these documents themselves are quite straightforward, it is actually the due diligence to support the inter-group arrangements that are vital to successful integration and this is a way for the in-house lawyer to get to know, with management, the real issues around the acquired business.

Issues that will need to be addressed include understanding the contractual processes that have been entered into by the target business – how do they go about agreeing contracts with both suppliers and customers? Are there ways in which the in-house lawyer can learn from their processes but at the same time, bring the target business into the acquirer’s contract management processes? (Again, one must never assume that the data room contains all the contracts as there is often a materiality threshold.)

Real estate both on the freehold and leasehold basis needs to be understood and brought into the existing real estate portfolio. Understanding the landlord’s relationships, dilapidations, contingent liabilities and similar issues often requires the target management to explain the relationship they have with these third parties.

Operational permits or regulatory permits may require notification to the regulator and may also require renewals. Understanding which permits are really required in the business is often achieved by approaching middle-management within the target business. Some of these permits may be supported by third party guarantees or surety arrangements.

In relation to intellectual property, the target company may well have its own procedures and processes to deal with enforcement and of intellectual property. This may differ from the acquirer so bringing in existing third party support to an IP audit or transfer of IP as part of a reorganisation should be encouraged.

It is important not to impose the acquirer’s policies and ethics onto local management and workforce without recognising this might result in morale and performance issues. Working closely therefore with local HR managers and local management to explain the policies that are required by the acquiring entity so they can be explained at a local level is key. This often means involving support of local managers and local HR managers. There are many examples of companies not understanding the culture of the acquired business where maybe a conservative culture combined with an entrepreneurial culture has meant that the synergies were never fully reached.

The initial reaction of acquired managers and employees will be how to protect their own benefits. Often, data privacy regulations will have resulted in certain employee data being held back until right at the end of the deal or even redacted completely. It is vital that the connective glue that can be created through senior management of the acquired business sharing information and sharing any changes in relation to benefits for the acquired employees is fully utilised. Understanding what caused the company to tick, who are the key personnel that need to stay, how are those reporting structures worked must be identified early on.

The in-house legal team should not assume that their processes are best, though they should always challenge the acquired company to understand whether changes need to be made.

Some examples of where lessons could be learnt are as follows:

Another example was in relation to key relationship with customers and suppliers. The acquired company assumed they knew who the best people were to liaise with third parties until they discovered that, in fact, the acquired management had much better connections with a key customer than they did.

In some parts of the world, understanding how the sponsor arrangements work at a local level is critical. Those sponsors can often be important to the integration and reorganisation of businesses going forward but they could be unfamiliar to the acquirer. Working with third party sponsors, particularly in areas like the Middle East and Africa, to help on a reorganisation and integration is vital.

In summary, any post-deal reorganisation should involve the acquired management, sharing DD and checking assumptions made. The more the in-house lawyer can do in creating communication channels with the acquired entity, the better the integration will go. 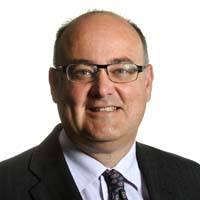 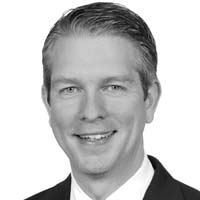 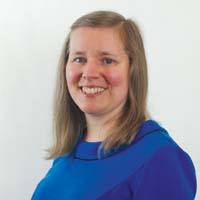