In France, the fight against the great scourges that are corruption, misappropriation of public funds and more generally white-collar crime has led to the emergence of non-governmental organisations (NGOs), constituted in the form of associations, who play the role of public accusers, a role traditionally held by the state prosecutor but without being subject to the same rules of procedure or conduct.

Similar to the state prosecutor, they are involved in prosecutions and, more generally, in trials in France.

French lawmakers were previously reluctant to share (with those private organisations) the state prosecutor’s monopoly in representing the public interest, and it was not until 1972 that they authorised various associations to act and/or to intervene in criminal cases to help sanction offences were they are not directly the victim.

Noting this reluctance, the criminal division of the French Cour de Cassation has often adopted a surprisingly extensive interpretation of the French Criminal Procedure Code, and has ruled that the civil actions by those associations are admissible in many cases.

The actions brought by those associations in white-collar crime cases have been welcomed by the media and the public, but have created a certain unease among French legal practitioners. The collective interest that they allegedly defend is hard to distinguish from the public interest. Some authors dispute the legitimacy of these so-called ‘private accusers’, these ‘pseudo-public prosecutors’, these ‘moralists’ that break the state prosecutor’s monopoly and jeopardise criminal proceedings.

Judgments rendered until 2016 reflected the power of pressure groups. One of the most symbolic judgments was in the ‘ill-gotten goods’ case regarding assets held in France by African leaders. The court ruled that Transparency International France could be a civil party in the investigation for misappropriation of public funds, money laundering, misuse of company property, breach of trust and handling stolen goods ‘because of the specific nature of the goal and purpose of its mission’ (Crim, 9 Nov 2010). That decision even encouraged the French law makers to change the law in 2013, introducing a new provision authorising these associations, if provided for in their articles of association, to engage in the fight against corruption (Article 2-23 of the French Criminal Procedure Code, introduced on 6 December 2013).

However, these associations have not limited themselves simply to cases of corruption (the offence that formed the basis of their authorisation to act in legal proceedings). They have gone beyond that authorisation and have intervened in a wide range of areas including political contributions, financing of terrorism and misuse of company property. In 2018, Anticor was involved in 66 cases (Anticor 2018 activity report, page 4). Sherpa – another association aiming to combat corruption, which focuses more on offences outside France – has also been involved in many cases such as VINCI Russia/Qatar, Samsung France and Lafarge.

Faced with this judicial activism, the French Cour de Cassation has toughened its position and has stopped NGOs from acting in proceedings in which they were previously involved but that fell outside of their authorisation to act (Crim, 11 October 2017; Crim, 31 January 2018; Crim, 17 April 2019). This change should be strongly approved, since it makes clear that NGOs cannot under any circumstances act as a substitute for the public prosecutor’s officers in relation to a prosecution.

However, NGOs have identified another area in which they can take action.

The French act of 9 December 2016, known as the Sapin 2 Act, created the CJIP (convention judiciaire d’intérêt public), a French version of a deferred prosecution agreement, allowing the public prosecutor to reach a settlement with a company indicted on counts of corruption, influence peddling, tax fraud, money laundering and any related offence. A CJIP, which cannot be formed with natural persons, has the effect of ending the criminal proceedings if the company indicted fulfils its obligations under the agreement, including the payment of a public interest fine (which cannot exceed 30% of the company’s average annual revenue). To date, seven CJIPs have been signed. However, certain anti-corruption associations are using these agreements (published online) to initiate criminal proceedings against the executives of the companies involved, when the public prosecutor has decided not to prosecute.

Abrupt changes in approach and contradictions in case law, such as those described in this article, are a well-known feature of the French criminal justice system. Currently, France’s highest court seems determined to curtail the NGOs’ powers in relation to criminal proceedings. As a result, companies should not hesitate to oppose to unlawful actions brought by these organisations and to seek their exclusion from criminal proceedings.

The authors of this article obtained the precedent-setting rulings that excluded Anticor from the Bygmalion case in 2018 and Sherpa from the Lafarge case in 2019. 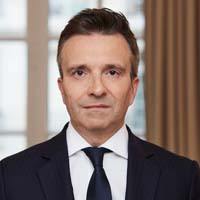 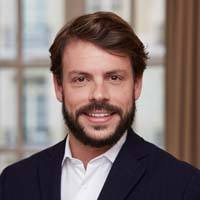 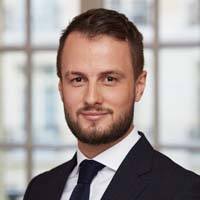