The PACTE Law no 2019-468 relating to companies growth and transformation of 22 May 2019 (the PACTE Law) has brought in France a wide range of structural measures aimed at lifting obstacles for the growth of companies.

Among them, the PACTE Law includes major reforms relating to various procedural aspects of intellectual property law with the aim to promote innovation and facilitate the growth of innovative companies.

Not only do these measures offer more flexible and easier access to intellectual property protections but they also make the French patent system more attractive and efficient.

A wider range of intellectual property titles in France

New intellectual property titles are now available in France and offer a more flexible and affordable protection, particularly in line with the needs of innovative SMEs.

The PACTE law provides a possibility for applicants to file provisional patent applications.

The aim is to provide innovators with a lighter and more affordable option than a regular patent application. It allows the eventual patentee to date the invention, make it part of the prior art and to decide, at a further stage, whether or not it wishes to proceed with the patent application.

This provisional application is thus mostly aimed at fostering the use and protection of intellectual property titles at the earliest stage of the innovative process.

Moreover, the PACTE Law has strengthened the utility certificates with the same objective to offer flexibility to innovators in finding the best adapted and affordable intellectual property title.

A utility certificate now covers an invention for a duration of ten years, as opposed to six years prior to that.

The aim is to turn the utility certificate into an attractive and flexible title that will be a stepping-stone for companies, which are hesitant to file a patent to cover a specific invention.

With the provisional patent application, the patent, and the utility certificate, innovators now have a broader scope of tools at their disposal to craft an intellectual property strategy in France that closely fits their needs and budgets from the earliest stage of the innovative project.

One of the most important changes provided by the PACTE Law in terms of patents is the extension of the scope of the examination by the INPI of French patent applications.

This will be implemented for all French patent applications filed as from 23 May 2020.

A granted French patent will hence have been through a full examination process, which will ensure that the French patent system becomes more attractive on the international scene to both national and foreign applicants.

With patent applications subject to higher scrutiny, the aim is to strengthen French patents and improve confidence in the French patent system.

In line with its goal to strengthen the French patent system, the PACTE Law has provided third parties with new options to challenge granted patents.

While the only previously available course of action available to challenge a patent was to summon the patent owner before the judicial court of Paris, the PACTE Law created a new administrative procedure before the INPI: opposition proceedings.

This administrative procedure is inspired by the existing procedure at the European Patent Office as well as before some foreign offices (eg Germany, the UK, Japan or the US).

This procedure will be applicable to any patent granted from 1 April 2020 and any third party will be able to file an opposition before the INPI against any granted patent, within nine months from the publication of the patent’s grant.

The different stages of the opposition’s instruction are in line with the opposition procedure before the European Patent Office:

The INPI then has four months to render its decision on the opposition, which has the same authority as court judgment. An appeal can be lodged before the Paris Court of appeal.

The parties have the opportunity to suspend the proceedings for a maximum duration of twelve months, which would, for instance, allow them to negotiate.

The aim of this procedure is to strengthen the attractiveness and the legal security of the French patent system as well as to allow an easy and convenient way to challenge granted patents.

There were several turnarounds and misguided decisions in case law between 2013 and 2020, before the courts reached the conclusion that:

The PACTE Law, with the new article L.615-8-1 of the French intellectual property code now provides for a clear solution by stating that ‘an invalidity action against a patent are not subject to any statute of limitation’.

It can thus be brought at any time, without the patentee being able to claim that it should have been brought before the expiration of a statute of limitations.

In line with the other provisions from the PACTE Law, the aim is to provide a clear and pragmatic solution to ensure legal certainty and security in the French patent system.

All these ambitious measures help in creating a comprehensive, reliable and more flexible patent system in France with a wide range of tools and protections available as from the earliest stages of the innovation and affordable for new innovative stakeholders. 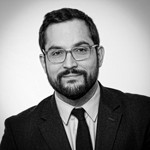 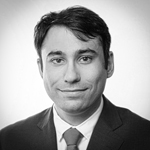