Throughout 2019, the US Department of Justice (DOJ) and the Securities and Exchange Commission (SEC) continued to actively investigate and prosecute individuals and corporations under the Foreign Corrupt Practices Act (FCPA) for suspected involvement with political corruption and/or bribery around the world. The US implemented further aggressive measures to fight corruption, including economic sanctions administered by the Office of Foreign Assets Control (OFAC), and civil actions by the US Federal Reserve Board and the Commodity Futures Trading Commission (CFTC).

In addition, US anti-corruption agencies released new guidance to further clarify what the US expects from companies with respect to self-reporting, co-operation, and corporate compliance.

The US FCPA enforcement against corruption

In 2019, the DOJ and the SEC announced more than $1.5bn in corporate settlements of FCPA matters. The DOJ criminally charged individuals and corporations for FCPA violations in connection with the bribery of foreign officials in or from countries such as Brazil, Ecuador, Mexico, Venezuela, Barbados, Haiti, Spain, Russia, Serbia, Bosnia, China, India, Malaysia, Micronesia, Uzbekistan, Saudi Arabia, Morocco, Angola and Mozambique. As in past years, the DOJ focused on corruption in the energy industry. However, it also directed its efforts to other industries such as banking, telecommunications, technology, travel and entertainment and medical devices.

In addition, US courts rendered a number of decisions regarding the scope of the FCPA that will have future ramifications for FCPA prosecutions.

First, in US v Ng Lap Seng [2019], No 18-1725-cr (2d Cir Aug 9, 2019), affirming conviction in an UN-related scheme, the US Court of Appeals for the Second Circuit declined to limit the scope of the FCPA by applying the limitations previously established by McDonnell v United States [2016]. In McDonnell, the US Supreme Court unanimously held that a US public official violates the US federal bribery statute 18 USC §201 only when the thing of value was offered or provided in exchange for an ‘official act.’

Second, in Cicel (Beijing) Science & Technology Co v Misonix Inc [2019], the US District Court for the Eastern District of New York held that documents related to FCPA internal investigations conducted by external counsel are protected under attorney-client and attorney work product privileges and could be withheld from a competitor that sought documents related to the defendant’s internal investigation in a suit claiming unfair competition and other civil causes of action.

Third, in US v Dimitry Firtash and Andras Knopp [2019], a federal judge in the Northern District of Illinois denied a motion to dismiss expressly disagreeing with United States v Hoskins [2018], wherein the Second Circuit held that criminal liability under the FCPA should not apply to a non-resident foreigner if the crime was not committed within the US and the individual was not an officer, director, employee, or stockholder of an American company, or otherwise had no agency relationship with a US person.

Lastly, in US v OZ Africa Management GP, LLC [2019] the US District Court for the Eastern District of New York recently held that, under certain circumstances, the Mandatory Victims Restitution Act (MVRA) applies to FCPA cases. Specifically, the Court ruled that the investors of a company that pleaded guilty to one count of conspiracy to violate the FCPA qualify as victims under the MVRA and requested supplemental briefing to determine the appropriate amount of restitution.

First, in 2019 the US government continued using economic sanctions to fight corruption. Notably, President Donald Trump expanded OFAC’s programs of sanctions related to countries that are believed to be under corrupt regimes, including Cuba and Venezuela. As a result, the number of transactions affected by sanctions substantially increased.

OFAC also sanctioned a number of individuals and companies under the Global Magnitsky Sanctions (GLOMAG), including nationals from Mexico, Turkey, and South Africa for their alleged involvement in corruption issues. Pursuant to GLOMAG, OFAC may block the assets of foreign persons and entities believed to be involved in serious human rights abuses or corruption in any foreign country, as well as those who assist or provide material support, including goods and services, to the designated persons or the targeted activities.

Second, federal agencies that traditionally are not under the watch of international corruption, announced actions against it. On 21 February 2019, the Federal Reserve Board permanently barred a former investment banker from the banking industry for improperly offering employment opportunities to individuals referred by foreign officials. Similarly, on 6 March 2019, the CFTC announced that it had open a number of investigations involving foreign corruption in violation of the Commodity Exchange Act, and issued a new enforcement advisory creating a leniency program for companies and individuals who co-operate and self-report corrupt practices to the CFTC.

On 8 March 2019, the DOJ announced several revisions to its FCPA corporate enforcement policy, clarifying the requirements for companies to receive full credit for timely and appropriate remediation of FCPA violations. For example, under the revised policy, companies no longer need to strictly prohibit employees from using WhatsApp and other software that generates but does not appropriately retain business communications. Companies are now required only to implement appropriate guidance and controls on this type of software.

On 30 April 2019, the DOJ published its Evaluation of Corporate Compliance Programs, with further guidance on how prosecutors evaluate the effectiveness of corporate compliance programs. In it, the DOJ provides companies a new set of 61 factors, in the form of questions, that prosecutors will consider: ‘in making informed decisions as to whether, and to what extent, the corporation’s compliance program was effective at the time of the offense, and is effective at the time of a charging decision or resolution.’

On 2 May 2019, OFAC issued its Framework for OFAC Compliance Commitments presenting OFAC’s new recommendations for the design, implementation and update of Sanctions Compliance Programs (SCPs). In it, OFAC set forth the most important factors for assessing an SCP’s success in preventing violations to the regulations and sanctions that are administered by OFAC. OFAC’s guidelines also describe the circumstances that frequently cause SCPs to fail.

Lastly, on 20 November 2019, the DOJ released additional revisions to its FCPA corporate enforcement policy. For example, the DOJ clarified that, to qualify for voluntary disclosure credit under its policy, companies are not expected to disclose all relevant facts at the time of a voluntary self-disclosure. Instead, companies are required to disclose facts known to them only.

In 2019, the US continued to actively fight corruption around the world through criminal and civil penalties, and economic sanctions against individuals and companies believed to be involved in such activities.

In addition, a number of US agencies released additional guidance that will likely require organisations subject to US jurisdiction or that conduct business in or with the US, US persons, or using US-origin goods or services, to update their corporate compliance programmes. 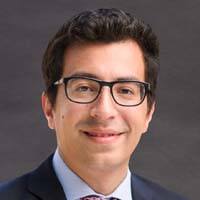 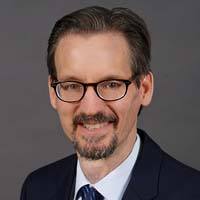 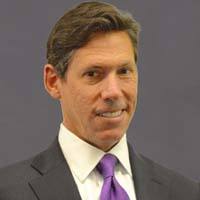