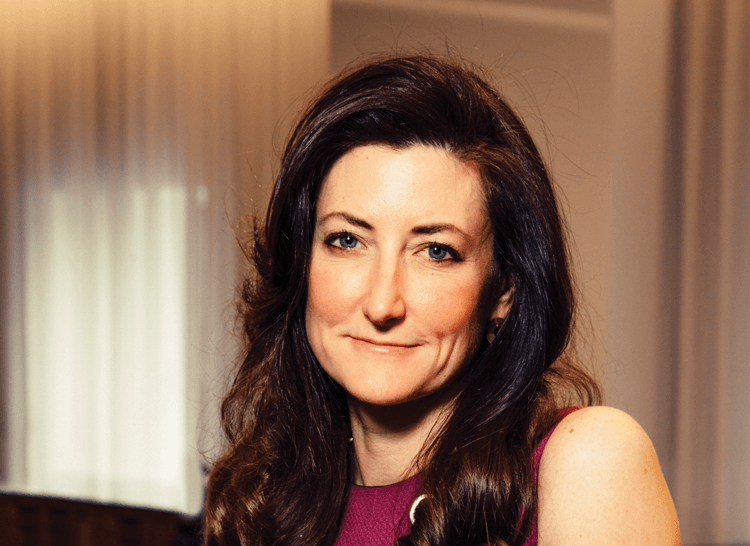 ‘One reason I’m doing this interview is so I can send it to my parents. They’re really important to me. Ah, suddenly, the hard-woman persona crumbles,’ jokes Heather Mitchell, global general counsel (GC) for investments and head of EMEA at The Carlyle Group.

Mitchell’s 17-year career at the US private equity giant has seen her consistently ranked among the most influential in-house lawyers. However, she says what makes her father the most proud is her sitting on the advisory board of Cornell Law School, where she studied, because ‘as a teacher, he can relate most to that’.

Mitchell grew up in New York state near the Canadian border in a small town on the Finger Lakes. After graduating, she worked in the aviation department at Squire Sanders & Dempsey, despite believing she would be doing litigation, and was then lured in-house to the Kaiser Group, a New York Stock Exchange-listed conglomerate, by a client. ‘At a very young age, I became the de facto GC of this large company that was going through a massive restructuring and doing refinancings, temporary loans, stock splits… I sat in the CFO’s office for three years, which is where I gained my business grounding.’

Although Mitchell returned to private practice and went to Akin Gump Strauss Hauer & Feld for a year, she knew an in-house career was what she wanted before Carlyle loomed on the horizon. ‘I’d done some work for Apollo, so I knew tangentially what PE firms did, but it was really nascent and a friend told me I’d be silly not to go for it.’

Joining Carlyle as legal counsel in Washington DC in 2002, she moved quickly up the ranks to become GC for EMEA by 2005. That role came with a one-way ticket to London. ‘The plan was I was going to be here for a two-year secondment as we were expanding and thought it was time to have an international legal base.’

Fourteen years on and Mitchell has never left. ‘I love London. I was never a fan of New York, as the logistics were incredibly hard.’ She was made global GC for investments in 2014 and then head of EMEA three years later, with oversight of a legal team of 12 lawyers across Europe, Asia and the US.

It is easy to forget that Mitchell heads up a legal function rather than running a deal team, given her appetite for transactions. ‘My heart lies with M&A. I don’t want to use the term “deal junkie”, but I love M&A. This past year I helped negotiate one of our biggest transactions and I was on the front line negotiating. It was so exciting.’

Deals are never far from Mitchell’s thoughts. She sees the key role of her legal arm as ‘taking away the bureaucracy so that the deal teams can do what they do best’, as well as rescuing transactions that would otherwise not have come to fruition.

‘I’m very protective of this entity and I worked closely with its three founding fathers in the US – William Conway Jr, Daniel D’Aniello and David Rubenstein, and now our co-CEOs Kewsong Lee and Glenn Youngkin. I know the answer [to a question] from a commercial standpoint at Carlyle.

To me, that means addressing the legal issues as commercially as possible and marrying that with our downside protection.’

Mitchell talks a great deal about the behind-the-scenes work of legal, giving the recent example of her team reviving a Peruvian acquisition Carlyle had all but written off – convincing the deal team to back it – and then having the investment turn out to be an enormous success. ‘I expect excellence from myself and from my team. But I tell them that I’ll always have their backs and I hope they can expect a lot from me in return.’

She has two ambitions for her unit: to be the best department within Carlyle and the best in-house legal team in financial services, which she says requires responsiveness and commerciality. As such, she does not put much stock in the work-life balance that is often touted to be more attainable in-house than in private practice.

‘If any GC claims that their favourite book is Ulysses then they’re lying as there simply isn’t enough time. My role now is 24/7 because it’s global.’

Carlyle’s expansion over the years has seen it become one of the largest and most recognisable global investment houses. It has $223bn of assets under management with investments across a suite of industries, including healthcare, energy and real estate. ‘We were thought of as a pre-eminent one-stop private equity shop, but like other institutions, we’re moving into broker-dealer [markets] and distributions, and we have an entire suite of capital solutions.’

She is particularly enthusiastic about the group’s latest investment strategy in renewable energy: ‘I care a lot about the environment, so that’s marrying business with my personal interests.’ She adds: ‘We’ve been able to get out there with the story of how we add value to the economy and ultimately people’s lives through building great companies and building the capital base of the pension funds for whom we invest. There’s been a bit of a PR issue with private equity in the past. Fifteen or 20 years ago, private equity probably shied away from the press and went under the radar, but that dynamic has definitely shifted. We don’t do hostile takeovers but there’s still a lingering impression from the movie Wall Street that PE didn’t do a great job in making friends.’

The City has also changed enormously since she arrived in London over a decade ago, when she would struggle to get a taxi in Berkeley Square on a cold November night: ‘It’s the mundane things that have changed so much, right?’ Add an ‘alphabet soup of acronyms’ into the mix, against the backdrop of an increasingly complex regulatory environment and she says City culture has changed forever. ‘If you want a weakness [of mine] it’s remembering what all those acronyms stand for… and filing. No one likes admin, but I’m not good at it either.’

That Mitchell is female and senior in a male-dominated industry is not something she devotes much time to thinking about. ‘I never thought of myself as a woman walking into a room – just me in private equity walking into a room, and that has served me well. But can you have it all? No. If that means having a family, a job and a massive social life, then the answer is no.’

Thinking back, Mitchell mulls over the advice she would give her 20-year-old self, saying she ‘probably came across as a real tool’ when interviewing for her first legal job. ‘With interviewing, I don’t think people realise the importance of putting the CV down and figuring out: “Does this person play well in the sandbox?” That’s what I always want to know.’