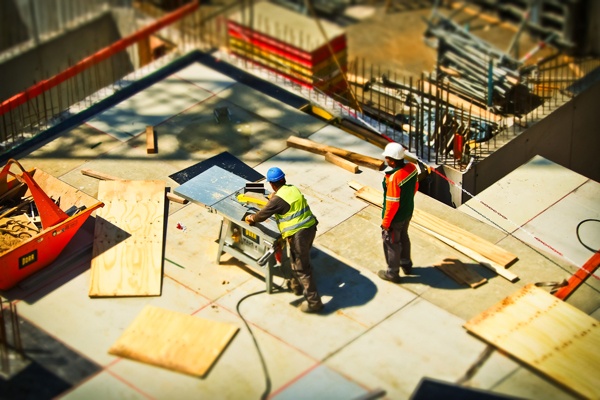 Lloyds Banking Group is looking at slimming its UK roster with a number of firms set to jostle for places in 2019. Currently the core panel comprises CMS, Eversheds Sutherland, Herbert Smith Freehils, Hogan Lovells, Addleshaw Goddard and Magic Circle duo Linklaters and Allen & Overy. The bank’s last panel review was in 2016, when Norton Rose Fulbright and DLA Piper lost their places. Group GC Kate Cheetham is expected to lead the process, with a further reduction in size anticipated. Transport for London (TfL) launched a review of its legal roster in December, with applications open to firms until 18 January. Currently the TfL has 11 firms on its legal panel, divided into eight sub-groups. The new panel is valued at approximately £86m and will run for a minimum of four years, with the option of a two-year extension. TfL last reviewed its roster in 2012, when SNR Denton, Trowers & Hamlins and Lewis Silkin were added to the line-up, while Freshfields Bruckhaus Deringer, Ashurst and Simmons & Simmons were among those retained. In 2016, law firms extended their stay on the roster by a further two years. Property investment and development company SEGRO has increased the number of firms on its legal panel to three, with Gowling WLG winning a spot alongside longstanding advisers CMS Cameron McKenna Olswang and Eversheds Sutherland for a three-year term. Current general counsel and company secretary Elizabeth Blease (pictured) oversaw the appointments to the new panel, which has run since 2010 when Eversheds first won a role alongside SJ Berwin.

A prominent member of the in-house community, Grant Dawson in December announced his retirement after more than two decades serving at international energy player Centrica. He will retire in March 2019, being replaced by deputy GC Justine Campbell, who will sit on the company’s executive committee and board. Dawson was first appointed GC and company secretary after Centrica demerged from British Gas in 1997, and has spent most of his career in the energy industry.

Elsewhere, Ned Staple left property company ZPG in December, after five years as GC at the company. Staple played a key role in the company’s corporate activity over the last three years, particularly after its float on the London Stock Exchange as Zoopla in 2014.

BCLP has launched a consultancy arm, Cantilever, which aims to provide a technological and operational sounding board for in-house teams. The division will also provide technology solutions across areas including contract, matter and litigation management. The combination of technological and consultancy services will be offered to in-house corporate departments, with Cantilever also advising legal teams on which technology tools they should adopt. The firm hopes to make Cantilever a revenue generator, with the in-house community increasingly seeking new technology to overhaul their operations and procurement. Highly-rated GC Maaike de Bie (pictured above) resigned from her role at Royal Mail in November to become legal chief at easyJet. She is expected to join the airline this year, bringing to an end her five-year stint at Royal Mail after joining in 2014 as deputy GC. Prior to Royal Mail, de Bie had spells at both GE and EY after completing her legal training at White & Case.

ITV has appointed easyJet group GC Kyla Mullins as its new head of legal, filling the role vacated by the experienced Andrew Garard in July of last year. Mullins returns to ITV having previously been its group legal director between 2000 and 2007, while she also had spells at EMI Music and Mitie before joining the budget airline in 2015.

Worldplay GC Ruwan de Soyza will be leaving the company this year, joining technology company Halma. De Soyza first joined Worldplay in 2012 from Standard Chartered, before becoming GC at the company in 2017, and later led the company through a £22.2bn merger with Vantiv in 2017. De Soyza is expected to join Halma midway through 2019.

Tesla has appointed chairman of Washington DC law firm Williams & Connolly Dane Butswinkas as its new GC. Butswinkas had been at the firm for nearly 30 years, and will maintain a minor role there while taking on his new full-time role at Tesla where he will report to CEO Elon Musk.

HM Revenue & Customs announced Alan Evans as its new GC in November, with Evans taking up his new position as of January after his spell as legal director at the Department for Environment, Food and Rural Affairs. Evans has also worked in the City in addition to the European Commission and various government departments.

BT has hired investigations partner Michael Isaacs from TLT to be its new director of legal for litigation. Isaacs has previously been a partner at Squire Patton Boggs, Addleshaw Goddard and Pinsent Masons, while also having a short in-house spell at Barclays. He replaces David Hart, who is being repositioned as BT’s legal director for data, digital and security.

BT also hired a new company secretary in November, with chief counsel of mergers and acquisitions Rachel Canham taking over the position as long-serving GC and company secretary Dan Fitz leaves the company. His role has been split into two, with Sabine Chalmers taking over as group GC at the start of last year. Canham has been at BT since 2011, first serving as a commercial lawyer in the company’s transactional team before becoming chief counsel for M&A in 2013.