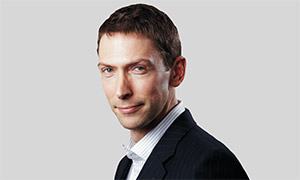 As a long-term observer of the legal profession, I view the development of GCs with an oxymoronic mix of admiration and cynicism. Admiration because common claims about the dramatic improvements in the calibre and size of the talent pool in the in-house profession are that rarest of beasts: a received wisdom that turns out on inspection to be largely true. Cynicism because those strides are often mixed with unwillingness to tackle the ethical and practical implications that come with increased clout.

Neither does much commentary account for the complex, love-hate relationship between GCs and law firms or the powerful impact of the career incentives that in-house counsel face on the development of the legal industry.

But glancing at our fifth set piece survey of the GC community, clear trends can be charted. The evidence, backed up by figures from the solicitors roll, is clear. As a whole ‘more for less’ is a myth. GCs come under pressure to contain costs but that is not because they are in general doing more for less, it is because on the whole legal budgets keep increasing. How could they do anything but? Frenetic levels of law-making at home and abroad, combined with globalisation and a jurisdiction-spanning increase in enforcement have – shock horror – resulted in robust demand for institutional legal services.

The result of that is clear, continually expanding numbers of expensive in-house legal teams and law firms bleeding market share to their own clients as GCs take the only obvious means of easing this tension, in-sourcing on the proviso that it is slightly less expensive than very expensive law firms.

Our research has consistently shown the tightening of this screw, with the number of respondents deliberately bringing matters in-house over the years up from an already notable 67% in 2012 to a striking 85% this year. Interestingly, feedback from our research suggests that even the London elite has over the last decade considerably upped its game on value and efficiency, while the supposedly heroic disruptors of New Law are still frequently dismissed by GCs for exorbitant costs (albeit for a quality service). Those expecting a simple march to victory for alternative providers and cack-handed surrender by law firms should realise that the picture is more nuanced.

One reason in-house teams are prospering is that they have adapted to the realities of the modern working world and changing career aspirations better than their counterparts in private practice. Offering autonomy, engagement and challenging work – recruiting in-house at mid-to-senior level at big name companies has become the easiest recruitment gig in commercial law.

In-house teams are seeing many of the same challenges as private practice in the face of new technology and ways of working but an embarrassment of talent goes a long way in finessing past such dilemmas. Despite two decades of robust expansion, the profession’s growth story shows no sign yet of stopping.