The introduction of the internet as a delivery platform and the digitisation of audio visual (AV) content have triggered major changes in the media sector. The shift from a relatively closed media system, controlled and broadcast linearly, to an open media ecosystem where the audience chooses its favourite content on-demand not only represents a challenge to the traditional media companies, but has also stirred consumer expectations towards being now able to access content ‘anytime, anywhere, on any device’.

The European Commission (the Commission) considers that fact that AV content is often licensed on a territorial basis, and that providers of online content services might choose to serve specific markets only, have been a major impediment to consumers’ ability to view the content of their choice across borders. This article illustrates how legislative initiative and enforcement action by the Commission, aimed to widen online access to content ‘anywhere’ within the EU, may level the conditions for consumer access only partially, opening different opportunities for, or imposing different obligations on, the market players depending on the technology used and on the service provided.

It is important, as a preliminary point, to draw a distinction between portability of, and cross-border access to, AV services.

Portability refers to the case where a consumer wishes to use a service to which they have subscribed in their member state of residence when temporarily present in another member state for leisure, travel, business trips or learning mobility.

The notion of cross-border access, on the other hand, is broader, in that it entails the availability of a service across borders, to consumers who are not resident in the member state where the service originates from and who wish to gain permanent access to that service from their own country.

The recently adopted Portability Regulation (the Regulation), applicable as from 1 April 2018, aims to ensure that subscribers to portable online content services which are lawfully provided in their member state of residence can access and use those services when temporarily present in another member state. The obligation to ensure portability rests on the service provider, who shall enable a subscriber who is temporarily present in a member state to access and use, without additional charges, the online service in the same manner as in the member state of residence. For this purpose, a verification system is envisaged whereby the service provider must verify, at the time of conclusion of the contract for the provision of the service, the residence of the subscriber. The Regulation also prohibits contractual arrangements aiming to prevent portability, irrespective of whether these are between providers of online services and holders of copyright or between such providers and their subscribers.

The Regulation applies to online services provided on the basis of a contract and against payment of money, since in this case the relevant providers are in a position to verify the member state of residence of their subscribers. Where services are provided for free, the provider of the service can opt to be included in the scope of the Regulation provided that he is able to verify the subscriber’s residence in accordance with the requirements of the Regulation. In practice, this means that the Regulation applies to over-the-top services provided on a subscription video-on-demand (SVOD) basis, as well as to pay-TV providers, but also to commercial and public broadcasters who choose to adopt a verification system. It may prima facie be unclear whether it also covers transactional video-on-demand (TVOD) services, as the use of the word ‘subscriber’ may convey the idea of unrestricted access to specified programmes for a routinely billed fee. However, the actual definition of subscriber in article 2(1) is rather broad and includes ‘any consumer who, on the basis of a contract for the provision of an online content service with a provider whether against payment of money or without such payment, is entitled to access and use such service in the member state of residence’. The central requirement, therefore, seems to the existence of a contract between the provider and the user (which also occurs on a transactional basis).

The current proposal for a Copyright Regulation (the copyright proposal) aims to promote consumer access to TV and radio programmes originating in other member states by extending the application of the so-called ‘Country of Origin’ (CoO) principle originally envisaged by ‘SatCab Directive’ for satellite transmission to online transmission. This should facilitate the process of rights clearance for broadcasters, since it entails that the copyright acts relevant for the provision of the online service occur solely in the member state where the broadcasting organisation is established; in practice, a broadcaster who holds a licence for the online transmission of content in a member state would in principle be able to do so within the whole EU territory, due to the fact that the communication to the public would be deemed to take place only in the member state where the communication originated. The Commission hopes that, in so doing, they will help broadcasters make the vast majority of their content available online in other member states as well, thus giving consumers more opportunities to access content across the EU. On the other hand, the copyright proposal is without prejudice to the parties’ exercise of the contractual freedom to limit the exploitation of the rights affected, in compliance with EU law.

The CoO principle only applies to ancillary online services, ie those offered by broadcasters, which have a clear and subordinate relationship to the broadcast. They include services giving access to TV and radio programmes in a linear manner, simultaneously to the main broadcast, and services giving access, within a defined time period after the broadcast, to TV and radio programmes which have been previously broadcast by the broadcaster (‘catch-up’ services): services which are not subordinated to the initial broadcast, such as video-on-demand and webcasting, are not covered by the copyright proposal.

A parallel initiative, also aimed to facilitate cross-border access, was adopted by the Directorate General for Competition before the copyright proposal was even drafted: the so-called ‘pay-TV case’, aiming to investigate whether certain clauses in the licensing agreements for premium films between pay-TV broadcasters (in particular Sky UK) and several major US film studios prevented broadcasters from providing their services across borders, for example by refusing potential subscribers from other member states who requested access to those services (so-called ‘passive sales’).

If the Commission’s preliminary findings – as set out in the Statement of Objections – were to be confirmed, they would mean that a licensing contract between a pay-TV broadcaster and a films right holder cannot require the former to turn away potential customers’ requests for its pay-TV service from consumers located within the EU but outside the territory where the broadcaster traditionally operates. The documents that are publicly available on this investigation suggest that, in this case, the principle to be established in the Commission decision would apply to ‘retail pay-TV services’ provided ‘by satellite or online’. Beyond this, it is currently unclear whether the case would set a precedent covering online stand-alone SVOD services (such as Netflix) or, possibly, also TVOD services, and whether it would affect licensing practices regarding copyrighted content other than (premium) films, such as series and documentaries.

Conclusion: how should licensing practices adapt?

Licensing practices for AV content are likely to change dramatically in the next few years. For most online services, compliance with the Portability Regulation will entail that specific clauses governing portability may have to be introduced in licensing contract between rights holders and broadcasters; however, given that the CoO principle does not operate with regard to SVOD services and webcasting, the licensing contracts – which sometimes maybe the same ones providing for portability – would not have to ensure cross-border access for the viewers; and, to make things more complicated, the implications of the pay-TV case as to what can or cannot be restricted, and for what services, will not be clear until a final decision is adopted. This is certainly an area which will need to be closely monitored in the next few months. 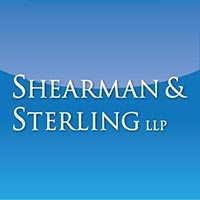 Shearman & Sterling in The Legal 500 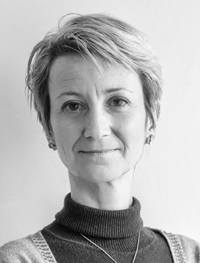