If you are a chief executive, finance director or general counsel, you might have some set ideas about how lawyers charge for their work. You might also think your business has a good claim, but are reluctant to pursue it. Whether it is a lack of resource – both human and financial – or a reluctance to risk betting on your ability to win that is putting you off, you do not want to waste your time and money, or foot your opponent’s bill.

But, the legal world is evolving. Now, hiring a lawyer does not have to be about them billing you as they go along, implementing the strategy they developed, without any risk to them if it does not work out.

Andrew Brown, a lawyer specialising in resolving disputes, explains this transition – how good claims can be an asset to your business, pursued at no cost or risk – and looks at the questions you might want to ask, next time you hire a lawyer.

How do lawyers traditionally charge clients?

Like accountants, lawyers have traditionally charged clients in units of time – with reference to their hourly rates. This can be problematic: rate setting has become a bit of a black art. Lawyers often reference levels of experience and technical skills, areas of specialism, location (City lawyers will charge more than regional firms) and good old-fashioned supply and demand when quoting rates to clients.

What is the problem with that?

Well, some lawyers will ‘low-ball’ their rates when tendering for work, and the more experienced lawyers often disappear after the pitch stage. Some businesses are also left to test the value of City rates, which are usually significantly higher than those charged by regional firms.

This ‘pay as you go’ model does not give you much certainty, and makes it hard to plan and budget accurately. Without an overall agreed budget, costs can quickly spiral – leaving you with a difficult choice: to pay more than you had hoped (or can afford) for the work to be completed, or to stop paying the fees and leave it unfinished.

Using this fee arrangement, lawyers do not share any risk in ultimately testing their advice. When a lawyer charges you on an hourly rate basis throughout a court claim, the risk lies with you. If you lose the case, you will still have to pay your lawyer’s hourly fees, lose your outlay, and pay your opponent’s legal costs.

‘No win, no fee’ arrangements – or variations of them, where you pay your lawyer depending on the successful outcome of the claim – have become more popular over the last ten years.

This model is particularly prevalent in personal injury cases, and is often bandied around in advertising campaigns. It was developed to try to move away from the traditional ‘pay as you go’ structure. In theory, ‘no win, no fee’ creates better access to justice for people that have good claims, but are unable to pay for them to be pursued.

‘No win, no fee’ makes it sound like you are only paying fees if the claim is successful, but that is not quite right. You will still have to pay for disbursements – like court fees (up to £10,000 to issue a claim), barristers’ fees (unless they are also ‘no win, no fee’), experts’ fees, and an ‘ATE’ insurance premium to cover the risk of losing and paying your opponent’s legal costs.

The law also changed in 2013 to significantly water down the ‘loser pays’ rule. Even if you win your claim, you can no longer recover the success fee (which lawyers often charge for bearing the risk of running the claim on a contingent basis) and the ATE insurance premium from your opponent.

Are there better variations of a ‘no win, no fee’?

There is an American model called ‘damage based agreements’ (DBAs). In this structure, if your case is successful, you pay your lawyer a percentage of any money (damages) recovered from your opponent. In commercial disputes, this percentage cannot exceed 50% of the winnings.

But, DBAs are not as popular in the UK as they are in the US. There is some uncertainty around the regulations that introduced them, and you will still have to pick up the tab for the disbursements.

What about third-party funding – is that a good option?

The need for a better system – coupled with the relaxing of an outdated law called ‘champerty’ – has led to a surge of third-party funding. This means that a financier (usually a large hedge fund), who has no investment in the proceedings, funds the cost of pursuing the claim, in return for a share of the winnings.

This method is an attractive option for both those who are unable to pay for their own claims, and businesses who want to pursue good claims while saving their capital.

But, the whole process of obtaining third-party funding and sourcing ATE insurance can be expensive and time-consuming. The financiers and ATE insurers involve their own lawyers and underwriters – ‘the middle men’ – to ‘second guess’ the advice already given to the client. Financiers also require a favourable opinion from a barrister (usually paid for by the client) before even considering an application, and then getting their own lawyers to review the claim.

Is there another way of improving access to justice?

An important part of solving a client’s problem is taking care of the cost and the risk – and that is difficult for lawyers to do if they are restricted by third-party lending terms.

In 2016, Capital Law became the first law firm in the UK to launch its own fund, Capital Dispute Finance. Our selection criteria takes the ‘middle men’ out of the equation and gives us far greater flexibility over the fee arrangements we can offer. We can pursue claims without cost and risk, and can fund claims between £100,000 and £5m, which other financiers usually ignore.

Claims are assets. You normally have up to six years to pursue them. There is no need to leave cash to your business ‘on the shelf’, when it is possible to pursue claims without cost and risk.

Can other changes be made to fee arrangements?

The hourly rate model will become extinct. Some lawyers obsess about time and hourly rates, but fail to listen to what the client wants. Agreeing budgets from the outset is becoming the norm; this is a relatively small step away from a total fixed-fee agreement, which is worth exploring.

But the courts need to support this step, too. At present, the main yardstick for testing the reasonableness of costs is with reference to the hourly rate and amount of time incurred.

The rest of the business world is used to requesting or having to adhere to fixed fees and careful project management. The legal profession should not be the exception – there are opportunities for lawyers and clients who embrace it. 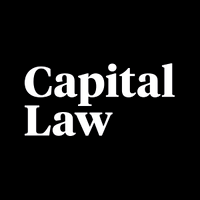 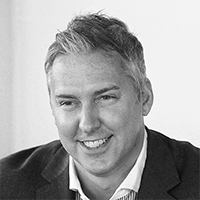