The government of the United Arab Emirates (UAE) continues to introduce measures, including key legislative changes, intended to further diversify the UAE’s economy away from its historic dependence on oil revenues. One key focus has been upon the introduction of measures that increase the UAE’s attractiveness as a destination for foreign direct investment (FDI).

In recent years, in a move to compete as a global marketplace, the UAE has: revised its Commercial Companies Law; enacted an upgraded bankruptcy regime; instituted VAT legislation; and introduced reporting requirements allowing the UAE’s authorities to comply with international norms in respect of fiscal transparency and global co-ordination of tax regulation. There is also an increased focus on combating money-laundering, bribery and corruption following the ratification of the United Nations Convention against Corruption and the Arab Convention to Fight Corruption.

One of the most noteworthy legislative changes in this programme of reform has been the enactment of the Foreign Direct Investment Law (FDI Law) in September 2018.

The UAE’s Commercial Companies Law mandates that a minimum of 51% of the share capital of any company incorporated in the UAE (other than under the laws and regulations of its freezones) must be owned by UAE nationals (or entities that are wholly owned by UAE nationals). The need to comply with the local ownership requirements has been viewed by many international investors as an undesirable feature of the legislative framework of the UAE which has led to either unnecessarily complex ownership structures or, in the most extreme cases, a reduced willingness to invest significant capital.

The FDI Law does not operate as an exhaustive, stand-alone piece of legislation or repeal the local ownership requirements in their entirety; instead it provides a framework for the proportion of a company’s share capital that is permitted to be owned by non-UAE nationals to be increased through the passing of subsequent UAE Federal Cabinet Decisions and regulations passed by the governments of individual emirates.

The FDI Law establishes that its relaxation of the restrictions on foreign ownership is not general, but will apply to specific sectors and a limited number of commercial activities within those sectors. As such, the FDI Law sets out a negative list and provides that the permitted level of foreign ownership of companies that are licenced to operate in these sectors will not be increased beyond currently permitted levels.

It is important to note that the Federal Cabinet has the discretion to add and remove activities and sectors from the negative list, however, on the basis that the sectors included in the negative list primarily consist of those sectors that are deemed to be of a particularly sensitive nature. We do not envisage that the removal of any activities is likely to occur in the short term.

The FDI Law provided for the formation of a foreign direct investment committee (the Committee) that was tasked, among other things, with submitting to the Cabinet an initial list of activities and sectors in which increased foreign ownership is to be permitted. This list of eligible sectors and economic activities has now been approved by the Cabinet and is known as the positive list.

The positive list presently sets out 122 commercial activities conducted in relation to 13 commercial sectors. It is evident that the selection of sectors has been made on the basis of the UAE government’s determination of those sectors it considers will receive the greatest benefit from increased levels of foreign investment and that are capable of acting as long-term drivers for sustained economic growth.

Official communications from the UAE government have stated that the commercial activities within a given sector that form part of the positive list are intended to be innovative in nature.

What conditions need to be satisfied?

The inclusion of a commercial activity on the positive list does not, however, mean that:

By way of example, the requirements for agricultural sector businesses to be eligible are:

The requirements for manufacturing sector businesses are:

The publication of the positive list comes as a much welcomed and much anticipated change in the UAE position with regard to foreign investment. As Expo 2020 approaches, it provides an opportunity for foreign investors to own the majority of shares, if not all of the shares, in many different types of business within the UAE.

The infancy of the Cabinet decision and the fact that the Department of Economic Development (DED) in each emirate has discretion to determine the extent to which the permitted level of foreign ownership is to be increased beyond 49% means, however, that the full practical impact remains to be seen and international investors are advised to continue to monitor this emerging situation closely. 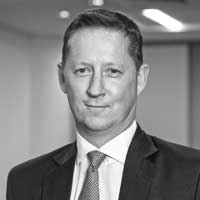 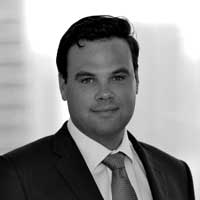