The Slovenian legal system is a civil law system. Transfer of property is regulated predominantly by the Law of Property Code, the Code of Obligations and the Land Register Act. These regulations lay down rules regarding the acquisition and transfer of property as well as formal contractual requirements, whereas some other restrictions, for example pre-emption rights of municipalities or administrative approvals of transfers, can be found throughout the legislation if the property that is the subject of transaction is located in certain areas of particular importance to the public interest.

Ownership of real estate is transferred from the seller to the buyer by way of registration in the Land Registry, with a Land Registry permission issued by the owner being a necessary pre-requisite. The superficies solo cedit principle shall apply, generally meaning that the owner of the land plot also owns the building located on such land plot, except in certain specific cases, such as strata-title units or building rights, allowing the legal separation of the building from the land plot.

The digitally-held Land Registry contains all legal information related to every individual property, including ownership encumbrances (such as easements, mortgages, etc) and injunctions. The content of the Land Registry is presumed to be correct and anyone who relies on its contents should not suffer any detrimental effects, unless inaccuracy is known to such person.

Development, construction and use of real estate are regulated by the state and local authorities through urban development plans, which determine the use of specific areas and land plots. Construction and use is only allowed after acquiring a building permit and fit-for-use permit which may be granted only if construction is permitted pursuant to the urban development regulations laying down which construction projects are allowed at certain locations, their size and their type (including also an environmental impact assessment). Some existing structures are protected because of their cultural or historical importance and may be renewed, modified, reconstructed or replaced only with the approval of the cultural heritage protection body and within the scope of their instructions.

Before initiating a real-estate project and/or entering into negotiations concerning a real estate deal (whether as an asset transfer deal or a share transfer deal), an investor typically commissions a law firm to conduct a thorough due diligence concerning the property in question. This is done primarily by examining the electronically-held and publicly-accessible records (Land Registry, Land and Building Cadastre, etc) and, if necessary, by co-operating with other governmental bodies (eg, to verify that the real estate in question is not subject to restitution, compulsory purchase or similar). Furthermore, engineering and environmental reviews, as well as technical due diligence, zoning reports and additional legal opinions are often conducted and/or sought, especially in high-value projects or investments into areas not yet developed.

After the conclusion of the due diligence process, the contract negotiating and drafting phase is usually initiated, during which a list of deliverables and/or conditions precedent are formed to enable the execution of the transaction through an agent, ie, a notary public, who is then tasked with taking the necessary closing-related actions (such as transferring monetary funds, filing Land Registry motions, handing over documents, verifying the seller’s signature on the contract of sale, etc) only after the conditions set forth by the contracting parties are met. The timing between the signing of the contract and closing depends on how fast the contracting parties are able to perform their obligations, while it also depends on the time it takes the Land Registry Court to process and enter the transfer of ownership into the Land Registry.

With respect to the jurisdiction and applicable law related to real estate transactions, it must be noted that Slovenian law incorporates the principle of lex rei sitae stipulating that the real estate situated in Slovenia and the contracts related thereto are subject exclusively to Slovenian law and may not be derogated from by way of an agreement between the parties.

In most cases, real estate projects are funded by financing obtained through lenders (most commonly financing banks) that require security, with the most common security instrument available to lenders being a mortgage. Other types of security instruments usually include liens on moveable property or a company’s shares and other intangible assets (such as intellectual property rights), mother company guarantees, bills of exchange, sureties and other personal guarantees. Also relatively commonly used is a security assignment of all receivables of the borrower stemming from its bank accounts, insurance policies or receivables held against the tenants.

SPVs are widely used in real estate projects in Slovenia, but are not specifically required by lenders. The most common form of an SPV is a limited liability company that can be incorporated by adopting the articles of association, paying the share capital (minimum of €7,500) and entering the company in the Court Registry. The entry and existence of an SPV is subject to the provisions of Slovenian corporation law.

Finally, it must be noted that taxation of real estate is a very hot topic in Slovenia. In December 2013, the National Assembly of the Republic of Slovenia adopted the Real Estate Tax Act which levied on the owners of real estate a yearly tax calculated on the basis of the valuation assessed by the state administration pursuant to the Mass Valuation of Immovable Property Act. The adoption of said statute has been greeted with great disapproval by the general public, and soon thereafter, a procedure for the review of the constitutionality of said statute was initiated before the Constitutional Court, which repealed the statute in question, mainly due to it being insufficiently clear and precise and due to it unreasonably applying different tax rates in similar taxable situations. In other words, the Constitutional Court did not repeal the statute because the imposition of the real estate tax would be unconstitutional, but mainly because the statute in the wording in which it was adopted did not meet the clarity and precision of tax-imposing provisions requirement of the Constitution of the Republic of Slovenia, which means that such a tax could still be levied in the future. In the aftermath of the repeal of the Real Estate Tax Act, the Government of the Republic of Slovenia already made an official statement that the wording of the statute will be somewhat amended and that the real estate tax will be enacted sooner rather than later. 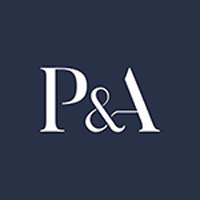