In recent years, Norwegian courts have transitioned to near-full electronic communication between the parties and the courts. Court hearings are more and more often paperless, and the use of long-distance meetings and examinations by way of video link is increasing. In this article, we put the spotlight on another aspect of digitalisation that is currently being tried out in Norway: video recording of court testimonies and, as a main rule, mandatory re-use of the recordings in the court of appeal.

For a long time, Norway has been one of the few countries without any consistent way of securing notoriety regarding testimonies in court. This is despite the Disputes Act of 2005, according to which digital recordings were to be implemented, except where the court did not have the resources – a legal exception that was the factual main rule. The current witness video recording trial is the first step to implement the main rule in practice.

The goal is that re-using testimonies instead of witnesses providing new, oral testimonies will both lead to better grounds for decision-making as well as a more effective court system. This ought to lead to a concentration of the court of appeal’s hearing, as focus shifts to reviewing the district court’s decision rather than completing an entire new proceeding from scratch – with the concomitant risk of testimonies being changed or adjusted.

How will it work in practice?

The judge is responsible for recording the testimonies and making a digital bookmark for every witness, and perhaps also for each topic on which the party or witness is to give testimony.

If the judgment is appealed, the main rule is that the recording will replace a new oral testimony. The witness may only supplement the original testimony if this is required to secure a safe procedure. If further examination needs to be done, the recording will, as a rule, be played first.

The idea is that the court of appeal will only hear the parts of the testimony that are relevant for the appeal case. This means that the lawyers, as soon as possible after a judgment is appealed, should decide which parts of the testimonies ought to be played. This is then to be discussed in the pre-trial planning meeting, which is normally held four to six months in advance of the appeal hearing.

The benefits of recording witness testimonies are clear: telling the truth shouldn’t require testifying twice; once a testimony is given, the credibility of the witness will be assessed based on the testimony without a second chance to adjust. Additionally, it reduces the strain on involved parties and witnesses. The appeal proceedings themselves may also be carried out more effectively by concentrating on the disputed parts of the district court’s judgment.

There are, however, several potentially problematic aspects with the re-using of testimonies, both principled and practical.

Follow-up examinations are, however, the exception – and the intention is to play only parts of the recording. This may be problematic in light of the above principle of direct examination. First, it is difficult to judge a witness’s credibility without directly seeing and interacting with the witness themself. Second, judging credibility often requires hearing the entire testimony and not only soundbites. Third, the case will often naturally develop and become more focused between the first instance and the appellate court, making it prudent to be able to have follow-up examinations as a main rule and not the exception.

A new practical approach for lawyers

During the district court trial, it will now be even more important to mature the case early, and prepare parties and witnesses while keeping in mind that the hearing before the district court may be the only chance to examine. Also, lawyers should structure the examination into relevant topics, and add bookmarks to the recordings – while being wary of the fact that this may compromise the parties’ and witnesses’ free testimony – another key principle in Norwegian trial law. Not only will this require a new approach for the lawyers, it will also require co-operation between the lawyers prior to the district court proceedings. This will lead to more time spent in preparation, and most likely higher average costs in the district court.

During preparations for the appeal, more time will be spent reviewing several parts of – and perhaps sometimes all of – the witness recordings, to decide which parts of the recordings should be played in the appeal proceedings. Also, reaching an agreement as to what are the disputed parts, and agreeing on what parts of the testimonies to play, requires dialogue and cooperation between the lawyers. Even if time is saved during the hearing, the total time spent might therefore end up the same.

Finally, in order to determine which parts of testimonies should be played during the pre-trial plan meeting, long before the appeal proceedings, large costs will be incurred earlier in the process. This may lead to parties not wanting to settle because lawyer costs for a large part are already spent.

Recording of testimonies is a positive measure and was originally introduced in order to secure notoriety for court testimonies. The fact that the recordings exist is then used to shift the focus to court efficiency, as an argument for re-using the recordings in their entirety – as a main rule – instead of a direct, oral testimony before the court of appeal. There are several potentially problematic aspects of this efficiency-focused approach, that in practice must be counter-balanced by necessary modifications to ensure that the basic principle of fair hearings, based on sufficient direct evidence, is maintained. It is fundamental that the principle of fair hearings is not sacrificed in the name of efficiency. The lawyers and judges involved will have to co-operate to find the best way of planning and executing the proceedings. 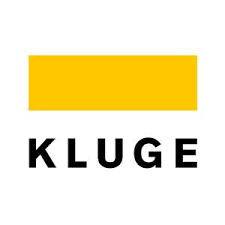