Termination on the ground of change of objective circumstances

Article 40 Item 3 of the Employment Contract Law provides that:

the employer may unilaterally terminate the employment contract.

According to Article 26 of the Explanations of the Ministry of Labour on Several Provisions of the Labour Law, the circumstance where an enterprise’s assets are transferred elsewhere could be defined as one of the ‘objective circumstances’. Further, if an employer intends unilateral termination of employment contract on the ground of change of objective circumstances, it should not carry out the unliteral termination until after it has communicated with the employee about amendment of employment contract (in terms of position, remuneration, place of work, etc) but no agreement is reached on such amendment.

Article 41 of the Employment Contract Law provides that:

‘… if, in any of the following circumstances, an employer needs to cut employment by 20 employees or more, or by less than 20 employees, which, however, accounts for no less than 10% of the total employees of the employer, the employer may carry out employee layoff after explaining the situation to the trade union or all employees 30 days in advance, listening to opinions from the labour union or employees, and submitting its plan for cutting employment to the labour authority:

3) the employer is undergoing production switch, material technological makeover or adjustment of mode of operation, and still in need of cut of employment after amendment of employment contracts;

4) material change in other objective economic circumstances relied upon which the employment contract was concluded, making the performance thereof no longer possible.’

The acquirer may carry out the layoffs if the above conditions are met. Other than the above substantial conditions, procedural requirements should also be satisfied, which is to explain the situation to the trade union or all employees 30 days in advance and submit the plan for cutting employment to the labour authority.

If, after the close of an equity acquisition, the employer’s business strategy, mode of operation or organisation structure changes, the employer may terminate employment contracts with employees on the three allowed grounds as described in the above asset acquisition section.

It should be noted that since an equity acquisition does not bring about transfer of major assets or change of the contracting party of employment contract, in judicial practice, the employer having unilaterally terminated the employment contracts on the ground of change of objective circumstances usually has to bear much heavier burden of proof that it had encountered material change of objective circumstances. Similarly, the employer having unilaterally terminated employment contract on the ground of layoff needs to prove that after the equity acquisition, the employer satisfies one of the substantial conditions for layoff as specified in Article 41 of the Employment Contract Law of PRC. 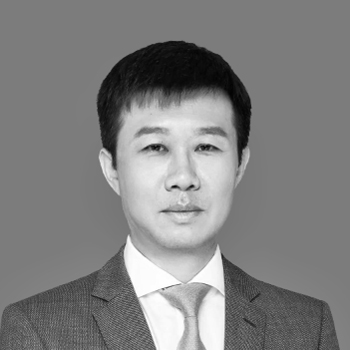