US Visa Solutions’ Janice Flynn looks at the large amount of change in American immigration policy since 2017 and how it affects companies wishing to send staff to the US.

Change in US corporate immigration law does not happen quickly because Congress must pass legislation. In the last 20 years, the major changes have been in 1996 when the Illegal Immigration Reform and Immigrant Responsibility Act was passed and the Homeland Security Act of 2002 created the US Citizenship and Immigration Services (USCIS) after the 11 September 2001 attacks. Instead, change comes through other means, such as presidential executive orders and agency policy changes, which is a flawed way to create change but other than the Immigration and Nationality Act, a US immigration lawyer must closely follow US agency (such as the USCIS, US Customs and Border Protection and the US Department of State) policy changes to visa and nationality benefit processing.

Most companies that need to send staff to the US understandably want predictability on whether a visa will be issued and the time it will take. While that is not something that even in the best of times could ever be guaranteed, it is even more unlikely now under the current administration. Processing times always change and an approval is never guaranteed because it is down to the discretion of an office. The policy changes have been announced creating the maximum alarm when, in effect, there is no improvement in the processing of employment-based visa cases to allow the best and the brightest to contribute to the US economy. Instead, it is slowing down and creating chaos at every turn. At worst, it may result in foreign companies doing less business in the US if they cannot have key staff from their home office in the US or skilled foreign talent cannot obtain US visas.

One week after being sworn into office on 20 January 2017 President Trump signed Executive Order 13769 entitled ‘Protecting the Nation from Foreign Terrorist Entry into the United States’ which, with immediate effect, banned nationals born in or with the nationality of certain countries from entering the US or being issued US visas. Many US visa and nationality lawyers, including the author of this article, scrambled to assess whether any clients would be affected. There were two clarification executive orders issued on 6 March 2017 and 24 October 2017 and lots of litigation to follow. The initial executive order was issued at around 5pm Eastern Standard Time with no notification to the various agencies it would affect. As with much of the Trump administration, it is not clear if the poorly planned executive order was to protect the US against some perceived threat or to cause chaos in general.

The Buy American and Hire American Executive Order (EO 13788) was signed on 18 April 2017 setting the tone for US visa petition and application adjudications in USCIS policy and in US Department of State policy. In section five of the order, President Trump orders that to ensure the integrity of the immigration system in order to ‘hire American’:

‘The Secretary of State, the Attorney General, the Secretary of Labor, and the Secretary of Homeland Security shall, as soon as practicable, and consistent with applicable law, propose new rules and issue new guidance, to supersede or revise previous rules and guidance if appropriate, to protect the interests of United States workers in the administration of our immigration system, including through the prevention of fraud or abuse.’

The USCIS, an agency under the US Department of Homeland Security has issued new policy memorandums as discussed below. The US Department of State also changed its Foreign Affairs Manual in several US work visa sections reminding consular officers that the goal of EO 13788 is to protect US workers and create higher wages and employment for US workers.

On 28 June 2018 the USCIS announced that, from 1 October 2018, it will be required to issue a Notice to Appear (NTA), which is the charging document that initiates immigration court proceedings, if a person is no longer lawfully present in the US at the time the USCIS denies an application or petition. The effect of the NTA puts thousands of people into deportation proceedings where, under previous policy, a person would have the choice to leave the US upon the denial of an immigration benefit. An NTA cannot be ignored as doing so could result in the person being barred from readmission for five years. In practice, this new policy now will give most lawyers pause before filing a petition or application with the USCIS and may instead opt for a strategy of requesting consular processings instead of a change of status which, if denied, would result in an NTA.

USCIS request for evidence and notice of intent to deny policy

On 13 July 2018, the USCIS issued a new policy memorandum giving its adjudicators discretion to deny an application or petition without first issuing a request for evidence (RFE) or a notice of intent to deny (NOID). The memorandum reverses previous guidance issued in June 2013 that required USCIS adjudicators to first issue an RFE if more information is needed or issue a NOID advising that an application or petition was going to be denied. The new policy took effect on 11 September 2018 and, prior to that date, no guidance other than the memorandum was issued, which created a great amount of uncertainty for lawyers and the companies sponsoring and paying all the costs involved with applying for work visa status for individuals.

The above policies have created an internal burden on the USCIS, creating long delays for family and employment-based cases. Visa application and petition wait times have increased and the rates of RFEs issued have increased in the last two years as a direct result of these new policies, particularly for the Form I-485 Adjustment of Status, which is the permanent residency application form. On 16 July 2019 the US House of Representatives held a subcommittee hearing on ‘Policy Changes and Processing Delays at the USCIS.’ The key takeaway is that initial visa petition and application processing has increased and the USCIS delay tactics such as issuing RFEs, which were commonplace before the Trump administration, are even more so in this current climate.

The practise of US immigration law must now take on an even more radical approach to counteract and stay on top of all the changes taking effect and to ensure our clients stay up-to-date on all the changes.

Janice Flynn is a US visa and nationality lawyer who is licensed in the state of Illinois and has been practising in London, UK since 2005 and prior to that she practised in Chicago, Illinois. She established a practice which focuses on assisting companies, investors and individuals in the UK, Ireland and across Europe with complex US visa and nationality issues. 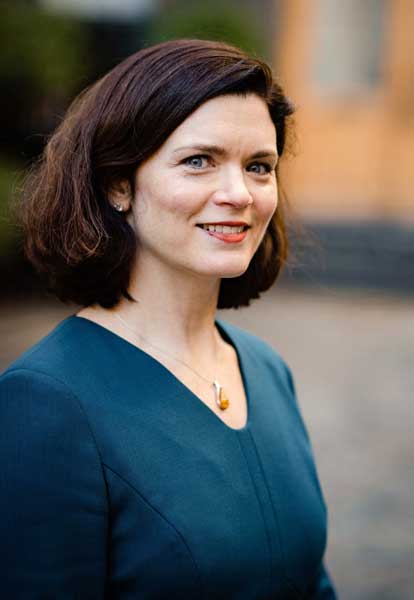