Section 38(1) of the Malaysian Trade Marks Act (TMA) 1976 establishes the test for trademark infringement, namely, where a person who is not the registered proprietor of the trade mark uses a mark which is identical to or so nearly resembling the registered mark such that it is likely to deceive or cause confusion in the course of trade in relation to the goods or services in respect of which the trade mark is registered.

The registered proprietor of the mark has the right to initiate court proceedings against any person who has infringed or is infringing its mark. For unregistered marks, the proprietor may sue the infringer for passing off its mark as that of the proprietor’s, which is generally more difficult to prove and can be expensive.

There are several civil and criminal sanctions operating as remedies. Civil remedies include interlocutory and permanent injunctions, delivery-up, damages and an account of profits. Criminal remedies include the ability to complain to the Enforcement Division of the Malaysian Ministry of Domestic Trade and Consumer Affairs under the Trade Descriptions Act 2011. Other reliefs include expungement proceedings to cancel a registered trade mark on the basis of non-use, fraudulent registration or on the basis that the mark is invalid. A proprietor can also initiate opposition proceedings to challenge a pending trade mark application.

What amounts to use?

Section 3(1) of the TMA 1976 stipulates that ‘in the course of trade’ means ‘in the course of business’ in relation to the provision of services, while s3(2)(b) of the TMA 1976 stipulates that ‘use of a mark in relation to goods shall be construed as references to the use thereof upon, or in physical or other relation to, goods’. The English case Hermes’ Trade Mark [1982] suggests that the offering of goods or services bearing the mark via advertisement would amount to using the mark ‘in the course of trade’, despite goods or services not being available in the market as of yet.

Hermes was cited in the Malaysian case Al Baik Fast Food Distribution Co SAE v El Baik Food Systems Co SA [2016], in which the plaintiff filed an application to expunge the defendant’s trade mark on the basis of non-use, pursuant to s46 of the TMA 1976. The High Court had dismissed the arguments put forward by the defendant to dispute non-use, in which they contended that the purported advertisement bearing the defendant’s mark, in this case a public notice in a local newspaper to notify the public that the defendant is the owner of the mark, did amount to the defendants using the mark in the course of trade. The decision was consistent with the facts of the Hermes case, where it was held that directory advertisements did not amount to use ‘in the course of trade’. The High Court held that ‘the public notice itself does not show any use by the defendant of the mark in Malaysia at that time’, as for example, there is no ‘use of the [defendant’s] mark on any particular goods or services of the defendant in the Malaysian market’.

Expanding the scope of use ‘in the course of trade’ In the recent case of Philip Morris Brands Sarl v Goodness for Import and Export & ors [2017], the scope of ‘use in the course of trade’ appeared to be expanded by the High Court. The first defendant was a business entity in Egypt which was shipping goods from Vietnam to Egypt with transhipment in Malaysia. Ten containers of the goods were seized by the Royal Malaysian Customs Department which contained cigarettes with the mark ‘Malimbo’. The plaintiff company, which had registered various Marlboro trade marks in Malaysia for goods that included cigarettes, filed an action against the defendants for trademark infringement and the tort of passing off, on the basis that the defendant’s mark was identical or so closely resembling the plaintiff’s mark that it was likely to deceive or cause confusion in the course of trade, due to visual similarities in terms of the font, styling and colour of the marks. The plaintiff contended that it had acquired substantial and valuable goodwill and reputation in its Marlboro marks in Malaysia, as the Marlboro marks were held to be universally understood by the relevant trade and public to indicate Marlboro cigarettes originating from the plaintiff and no others.

The High Court had to decide on whether the defendant’s transhipment of the Marlboro cigarettes amounted to an infringement of the plaintiff’s mark, and whether it amounted to a tort of passing off of the plaintiff’s cigarettes when the defendant’s goods were never sold or offered for sale in Malaysia, and had not been taken out of the ten containers in the custody of customs.

Wong Kian Kheong J cited associate professor Tay Pek San in her article Infringement of Trade Marks under the Trade Marks Act 1976, in which she wrote that ‘use in the course of trade’ in relation to goods was ‘wide enough to cover steps necessary for the production of goods up to the time of their ultimate sale or delivery to the customers. There is no requirement that there be an actual sale…’

Pursuant to this, it was held that what amounted to use ‘in the course of trade’ was not limited to the manufacturing, importing, the offer to sell, the sale of goods or the marketing, promotion or advertisement of such goods. The court held that the transhipment of the defendant’s cigarettes itself, which contained the Malimbo marks, amounted to use of the Malimbo marks ‘in the course of trade’. As the High Court held that the defendant’s Malimbo mark contained various distinctive features of the plaintiff’s Marlboro marks that would likely result in deception and confusion among the public and the relevant trade, the elements for infringement of the plaintiff’s trademark rights were met. The transhipment of the goods bearing the Malimbo marks was a ‘business conducted for profit’, a ‘business of a specified nature’ and that it was a ‘transaction with a person for a thing’. Furthermore, the defendant’s mark were used on the goods despite it not being delivered yet to its customers located in Egypt. The cigarettes with the infringing Malimbo mark were also discovered in huge quantities, namely ten containers. All of these findings were held to show ‘that the first defendant had intended to use [the] Malimbo mark for the purpose of trade’, and that was sufficient to establish infringement of the plaintiff’s trademark rights in their Marlboro marks. 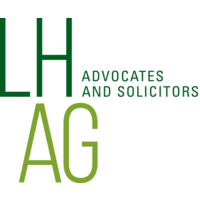