The Digital Single Market (DSM) proposals emanating from Brussels are designed to create a level digital playing field between Europe and the USA. The European Union has long acknowledged the online dominance of the American tech giants and is keen to create a legal framework that may benefit the European digital economy. But in classic Brussels style the mood music is more one of ‘if it moves and is American, regulate it’.

None of this, you may think, matters, as after Brexit the proposals in the DSM will not apply to the UK. Unfortunately there are a number of proposals which are either already in force in the EU, or will be before Brexit happens in March 2019. These regulations and directives will then become English law once the Great Repeal Bill is enacted and will therefore have direct effect on British companies until and unless Parliament chooses to repeal or amend them at a later date. But which of these proposals should British companies now be concerned about? And what will the enforcement attitude be of the relevant British regulatory bodies charged with enforcement of such rules? I can offer no answer to the second question. But, on the first, here are three European legislative proposals coming out of the DSM that will be in force on 1 April 2019 and which may give you pause for thought.

But what does ‘temporarily present’ actually mean in practice? For how long will content providers have to provide that content when their customers are temporarily ‘abroad’? And will this arrangement represent a long-term threat to territorial licensing of content? The Regulation very unhelpfully says ‘temporarily present in a member state’ means being present in a member state other than the member state of residence for a limited period of time’. One can now understand why this has often been referred to as the ‘MEP right to see football when working in Brussels’ amendment. MEPs are temporarily present in Brussels for the many months that the European Parliament is in session each year – a defined period of time by definition but surely a stretch on the word ‘temporary’. Should one feel sorry for the Belgian MEPs who will not be able to benefit from this new Regulation?

But whatever one’s views on the merits of the Regulation, it will be in force and will therefore be on the statute books before Brexit occurs at the end of March 2019. On that basis all UK content providers will have to continue, after Brexit has occurred, to make content available to UK citizens who are temporarily present in other member states for a defined period of time, after Brexit has occurred. There may be a commercial benefit but after Brexit has happened maybe Parliament should consider removing the MEPs right to watch football from the British statute book.

The proposed Geo-Blocking Regulation prohibits online sellers from being able to discriminate against consumers who live elsewhere within the EU. Sellers will not be able to set different prices or terms and conditions for customers on the basis of their nationality, where they live or even their temporary location. When in force consumers from a member state other than that in which the seller is resident would be able to buy goods from the trader even when the trader does not deliver them to where the consumer lives, if there is an option to collect the goods in another EU country. Importantly the Regulation does not introduce an obligation to deliver anywhere in the EU. Consumers would also be able to receive from the trader online services not protected by copyright, eg cloud services, data warehousing, and non-audio visual copyrighted content such as ebooks, music, games or software where the trader is legally entitled to sell the content in the consumer’s member state. The Regulation prohibits automatic re-routing to another website, unless the consumer agrees. For the moment the Geo-Blocking Regulation will not apply to movies or sport, transport, communication, healthcare or financial services. However, the European Commission has promised to review that position within three years.
What will the position be after Brexit? British companies will be in the peculiar position whereby the Regulation cannot be enforced by the European Court against British companies who fail to comply with its prohibitions on discrimination based on nationality etc in relation to activities carried out within the UK. Assuming the Competition and Markets Authority or Trading Standards do enforce it British companies will need to comply with its basic premise, however, with one important caveat: British companies will no longer be offering goods or services within a member state when they are offering services within the UK. It will then be legal for British companies to discriminate in favour of British consumers provided they discriminate equally against all other consumers within the other member states within the EU on an equal basis. So it will be possible to have a British set of terms and conditions and a British price, and have an entirely different price and set of terms and conditions that would apply equally across the EU. There may be some potential upside here for British companies to explore, as the Geo-Blocking Regulation will only prevent geographical discrimination on price against consumers within the EU.

The Digital Content Directive threatens to introduce new rules on providing digital content in exchange for data. Unlike the Consumer Rights Act (CRA), which does not apply to such arrangements, the Directive may require the application of remedies (such as those set out in the CRA) to the provision of digital content that is provided free of charge in exchange for data. The final position is not yet clear as the Council and the European Parliament are still discussing the issue. But if the provisions become law then companies here should be aware of the obligation in the future to provide remedies to consumers for digital content provided free of charge such as repair and replace or even compensation, where the content is provided in exchange for personal data. This would represent a more onerous obligation than is the case under the CRA today.

There is not much that is positive or helpful to businesses within the DSM. Brexit will create a situation where British companies will have to comply with many of the measures proposed until repeal at a later date. It is worth raising these issues now with the British government in order to achieve certainty and clarity as to how these DSM laws will be applied after Brexit has occurred. 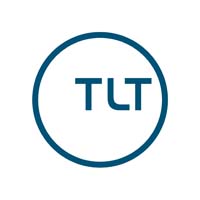 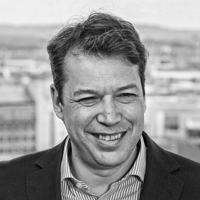