Overshadowed by the pandemic, Latin America’s GDP growth results closed 2020 at nearly -8%, while global GDP growth results closed at -5%. The growth forecast for 2021 is at 4.1%, relying on the vaccination efforts across Latin America countries to combat Covid-19, as well as the many relief packages launched by the world’s biggest economies to help emerging economies.

Looking ahead to the year 2030, the size of Latin American economies is expected to be at $9.2trn, and these economies are forecast to take a more prominent position in the world from a geopolitical point of view, particularly if they can enact needed economic reforms.

Much of the Latin America economy has been tethered to the global commodity cycle for many decades, and we must recognise that this will persist if Latin America countries can competitively maintain the same pace – or even outperform – the Asia-Pacific countries.

We are of the view, however, that business growth in Latin America will be led by digitally driven sectors, which will be the fastest growing segments over the next five years, followed closely by the infrastructure and construction, life sciences and healthcare, and cannabis sectors.

Not surprisingly, US-listed Special Purpose Acquisition Company (SPACs) packages that were launched this year in relation to Latin America primarily invest in disruptive technologies, including artificial intelligence, the internet of things (IoT), robotics, cloud technologies, mobile communications, and similar technology-based companies. In 2021, the total amount of SPACs for this purpose has already reached nearly $1bn (a figure which would have been utterly inconceivable just a year ago).

Media, sports and entertainment is an example of a digitally driven industry that will grow exponentially across Latin America in the short term. Unique challenges or advantages for media, sports and entertainment companies arise from the fact, for example, that consumers now tend to devote their entertainment time to video gaming and livestreaming services –virtualised sporting events and livestreaming will not become artifacts of the pandemic. One ramification of this trend is that studio productions and live entertainment will need to reboot and return to business differently than ‘doing business as usual’.

Another aspect of business expansion across Latin America may be seen in the global cannabis market, which today is valued at $150bn and is forecast to grow rapidly, reaching a value of $272bn by 2028. Meanwhile, the Brazilian cannabis sector is projected to exceed the global growth rate over the ten years to 2030, being valued at $45bn. The same trend also applies to Colombia and Uruguay, which already are among the most prominent countries for Latin American businesses operating in the cannabis sector.

The infrastructure and construction sector also is fertile ground for Latin American countries seeking GDP growth gains over the years to 2030 – and here we are not simply referring to basic infrastructure projects (eg, sanitation) but to infrastructure projects aiming to strengthen transboundary linkages throughout the region, improving and extending such vital services as the road and railroad networks and developing clean and renewable energy. To illustrate this, the Investment Partnerships Program (PPI) in Brazil is planning to expand infrastructure projects relating to transportation and growing urbanisation within the next two years. This trend has also been supported by The National Bank for Economic and Social Development (BNDES), which has been repositioning itself with business-oriented strategies aiming to increase the range of institutional investors, both nationally and internationally, in the long-term financing of infrastructure projects to help to foster the Brazilian economy.

It is well understood that pandemics are now a constant threat to humanity due to globalisation. The life sciences and healthcare industry will play an increasingly important role in the global economy (alongside technology), based on a philosophy of patient access and (as seen in the current developments around Covid-19 vaccines) a readiness to collaborate with business competitors in service of the greater good. Digital health IPO’s and SPAC deals relating to health innovation already raised $8.5bn in the first quarter of 2021). This trend encompasses a broad range of issues, such as transparency in access to clinical trials, the ethical use of data, and affordability of access.

Yet auguring the future requires Latin American companies to work through difficult questions about the course of the pandemic, the time and money available to consumers and B2B partners, the growing array of options competing for their attention, the life cycle of products, and the challenges to ‘business as usual’ presented by sustainability, environmental, social and governance (SESG) strategies, all while taking into account the use of AI (eg, machine learning, deep learning, etc), automation, robotics, and other disruptive technologies that will all play an important role in the near future (which is already taking place but only in a piecemeal manner).

Indeed, industry wide, SESG strategies are now a major topic of conversation. The number of investment funds and entities taking SESG into account has grown rapidly across Latin America since the beginning of this decade and is expected to continue rising in the years to come. Businesses increasingly incorporate SESG into their missions and operations to ensure business continuity in uncertain times. A mounting body of evidence suggests that investments in companies with strong SESG performance outpace investments into businesses that do not address their material SESG impacts. These companies also tend to have lower capital costs and enjoy an advantage in attracting and retaining top talent.

Regulators around the globe are also turning their focus to SESG (eg, the Principles for Responsible Investment (PRI) launched at the New York Stock Exchange in 2005 with 100 signatories, today it has more than 7,000).

This trend is the same in Latin America countries, in which there has been a regulatory and the legislative push toward SESG, especially when it comes to climate change and net-zero emissions – for example, we may point to the global relevance of Brazil’s environmental policies related to the preservation of Amazônia.

Still using Brazil as an example of focus on SESG initiatives, the boards of life sciences and healthcare companies have already been promoting awareness of the impact of their manufacturing, production and supply chain processes, which includes considerations of global sourcing schemes; how raw materials are sourced; how products are designed, manufactured, packaged, sold, reused or recycled, either under a wholesale or retail regime; how waste and hazardous materials are treated; and how to manage wider environmental and social impacts – putting all of this in the context of an evolving regulatory landscape and a growing need to show SESG authenticity in the industry.

Of course, the legal issues that SESG faces in the region are wide ranging, but the process of incorporating SESG into business practices is still in its early days. We believe much more development is to come, but the implementation of SESG strategies already shows how the strongest players operating across Latin America are addressing SESG risks and distinguishing themselves from the less agile pack.

Prudent businesses must understand SESG as fast as they can in order to be well prepared for these rapidly coming changes – and, definitely, the less agile pack will end up challenged when SESG becomes a reality.

This article describes the current thinking at Campos Mello Advogados on these topics and should not be viewed as a legal opinion.

Campos Mello Advogados is a Brazilian law firm which has worked in co-operation with DLA Piper LLP across the globe since 2010. 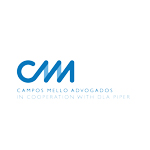 Campos Mello Advogados in The Legal 500 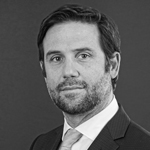 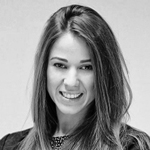