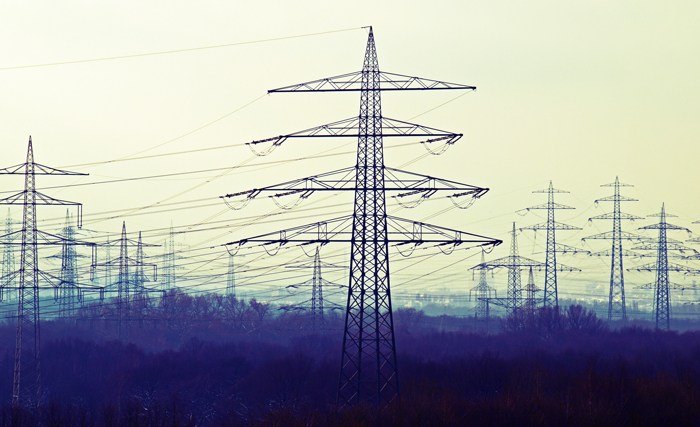 EDF and Co-op overhaul panels
Big six energy supplier EDF Energy has almost halved its external advisers in a panel review that cut the number of law firms from 14 to eight. CMS Cameron McKenna Nabarro Olswang and Bryan Cave Leighton Paisner (BCLP) were added, while Baker McKenzie, Herbert Smith Freehills, Pinsent Masons, Eversheds Sutherland, Squire Patton Boggs and Burges Salmon all retained their places. The firms to lose out included Clifford Chance, Dentons, TLT, Osborne Clarke, Veale Wasbrough Vizards, Kennedys, Weightmans and Foot Anstey. The review of the panel – which will run until 2020 – was led by chief legal officer Guido Santi, and was intended to bring EDF closer to firms that could advise across its diverse business lines.

Elsewhere, The Co-operative Group introduced some new blood to its panel of seven firms to work alongside primary adviser Allen & Overy. Fieldfisher and Squire Patton join Addleshaw Goddard, Pinsents, Hill Dickinson, Brodies and Paris Smith for a three-year term, in a panel that will bring together the group’s corporate, commercial and property panels. Bidding begins on £320m public sector panel
The UK Government’s bid to reduce public sector costs has seen law firms invited to pitch for a multitude of spots on the Crown Commercial Service’s (CCS) new £320m panel. Procurement agency CCS announced last October it planned to set up a £650m ‘legal services marketplace’. However, a tender document released in May showed it had been renamed ‘wider public sector legal services’ and its value reduced to £320m by more than half.

Firms had until mid-June to pitch for spots on the panel, which is set to run for three years from August, with firms eligible for appointment to a maximum of four lots. The panel is split into five lots of differing values, including regional service provision worth £70m, full service lot worth £130m, property and construction at £40m, and transport and rail worth £32m. The £18.5bn takeover of Westfield Corporation by Unibail-Rodamco in June saw longstanding Westfield UK and Europe general counsel Leon Shelley leave the company after 13 years. Shelley’s departure from Australia-headquartered Westfield will see his role split in two, with deputy GC Amanda Beattie taking the mantle of UK GC while senior legal counsel Maurizio Redondi becomes head of legal in Italy. Senior Westfield executives, such as Australian billionaire and co-founder Frank Lowy, also quit the company, while group president and chief operating officer Michael Gutman has also since left, with at least one other member the 14-strong legal team expected to depart.

Novartis GC steps down over White House controversy
Longstanding in-house stalwart Felix Ehrat stepped down from his role as GC of Swiss healthcare giant Novartis after becoming entangled in a controversy involving a deal with US President Donald Trump’s personal lawyer. Ehrat had been GC and a member of the executive committee at the pharma company since 2011, but was forced to admit ‘an error’ relating to an agreement between the Basel-based business and Trump’s lawyer, Michael Cohen. It emerged that Novartis made monthly payments, totalling $1.2m, seeking guidance on how the Trump administration might approach US healthcare policies, with the contract being approved by former chief executive Joe Jimenez, who left the company in September 2017. As a co-signatory on the contract, Ehrat said his position had become untenable, and his role has been filled by the company’s chief ethics, risk and compliance officer Shannon Thyme Klinger, who joined the company in 2011 having previously been a litigation partner at Mayer Brown.

Metro Bank unveils new panel
Metro Bank has completed a review of its commercial legal panel, with five law firms scoring new spots on the eight-firm roster. The additions include CMS, Eversheds Sutherland, DLA Piper and Browne Jacobson, while the Magic Circle is represented by Linklaters. Previously the panel was made up of Addleshaw Goddard, Blake Morgan, and Gowling WLG, which retained their spots, while King & Spalding and DWF missed out. The review, which began in February, was conducted by the bank’s general counsel, Sally-Ann James, who had previously been head of contract and commercial at The Co-operative Banking Group until 2010, before joining Metro Bank as GC in 2012.

RBS to kick off panel review
Royal Bank of Scotland (RBS) intends to review its legal advisers with the bank informing firms officially that the process will get underway in the coming months. RBS expects to complete the process by the end of the year, with the current roster having been in place since the end of 2015, and running until 1 January 2019. Magic Circle firms Linklaters, Allen & Overy and Clifford Chance were among the firms winning spots during the last overhaul, alongside Ashurst and Simmons & Simmons. The previous review was conducted by former GC John Collins, with Reed Smith, Herbert Smith Freehills and Dentons also making the cut. The next review is expected to be undertaken by Michael Shaw, who took over from Collins in 2016. Industrial group GFG Alliance is set to establish its first-ever panel of law firms, with expertise in M&A, litigation and employment law emphasised in a roster comprising around four firms. Requests for proposals were sent out in May. The move comes as former Allen & Overy lawyer Simon Nasta became global group general counsel at the company, joining in January from First Bank of Nigeria, where he led the legal team.

Moves that matter
Former Amec Foster Wheeler GC Alison Yapp has been appointed as group GC of contract catering company Compass Group. In addition to her role as group GC, Yapp will act as company secretary for the FTSE 100 business, and will assume her new position on 1 October when current GC Mark White retires after more than 11 years in the role. Yapp was formerly general counsel of recruitment company Hays for almost seven years, before departing for Amec in 2012.
Weetabix Food Company has recruited a new head of legal with the hire of former Shoosmiths partner Helen Wilson. Wilson joins from digital commissioning company Adam HTT and will lead the legal team both in the UK and overseas, succeeding former GC Chris Thomas, who joined Odeon Cinema Group earlier this year. Wilson had previously spent more than six years at Shoosmiths in Birmingham.
EE’s former legal head James Blendis (left) has joined Renault Nissan as the company’s UK, Ireland and northern territories GC. Blendis had been retained as the GC of the EE division following the £12.5bn merger with BT completed in 2016. However, EE’s in-house legal team has since been transferred officially into BT’s wider team. Blendis now departs for Renault Nissan, where he will replace Michael Taylor who was the company’s legal head in the UK for nearly four years.
Sportswear manufacturer Puma has appointed a new GC with Martin Benda joining the company from The Coca-Cola Company. Benda had been at Coca-Cola since 2001, and gained experience acting as senior legal counsel for central and Eastern Europe. Benda started his career at Mannesmann Mobilfunk – now Vodafone – and will succeed Jochen Lederhilger, who has left Puma after 20 years to pursue a career as a self-employed lawyer.
San Francisco-based cryptocurrency exchange Kraken has hired Mary Beth Buchanan – a former federal prosecutor – to serve as its general counsel to help the company navigate the turbulent regulatory environment that surrounds the nascent cryptocurrency space. Buchanan represents a heavyweight addition for Kraken, having been the youngest-ever appointment for US attorney for the western district of Pennsylvania, as well as serving as a partner in legacy Bryan Cave’s white-collar defence and securities litigation and enforcement practices.
Investment firm Leapfrog Investments has hired a new GC after Stuart Bedford left the company to return to Linklaters. Frances Holliday will assume Bedford’s position, having arrived from Kazimir Partners, where she was general counsel.