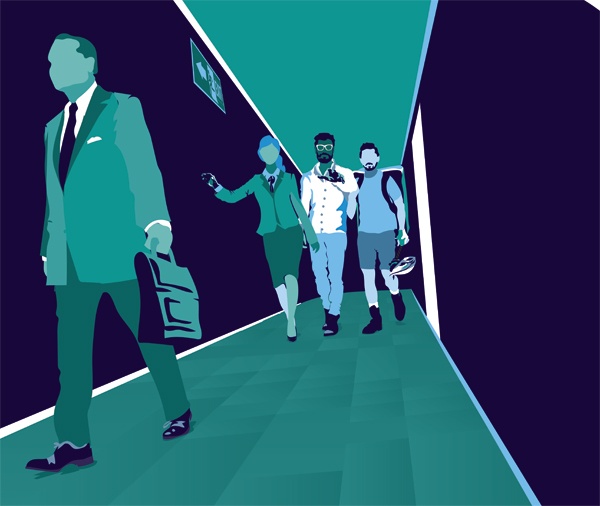 ‘There isn’t enough focus on the generational issue,’ says veteran employment lawyer and Lewis Silkin’s divisional managing partner Richard Miskella. ‘There are three different generations in the workplace and they hold completely different world views. The twenty-somethings are impatient for change.’


Nonetheless, in the world of employment, there has been change aplenty. Conflicting attitudes to careers have given rise to probing questions around workplace culture, #MeToo has emboldened more victims to blow the whistle on sexual misconduct, and the proliferation of the so-called gig economy have provided lawyers with much to chew on. Meanwhile, the Supreme Court’s 2017 decision ruling employment tribunal fees as unlawful has removed a significant barrier to access to justice.

Such developments have seen employment law become an area of increasing focus for many companies and general counsel, following a period in which labour relations had been falling down the corporate agenda. Causing the most anxiety is the spike of #MeToo claims, which carries a level of reputational risk that plcs had previously associated with fields like white-collar crime or serious regulatory breaches.

‘We’re still in the phase of #MeToo,’ says Bryan Cave Leighton Paisner (BCLP) partner Rob Eldridge. ‘We’re dealing a lot with all forms of discrimination, but sexual harassment has been the really big thing.’

The last 12 months have seen one the most high-profile names in British retail, Arcadia chairman Sir Philip Green, embroiled in allegations regarding abusive behaviour to staff. Green turned to Schillings for initial counsel on the reporting of the allegations. Beneath the most high-profile cases of claimed misconduct – such as the allegations against former Ted Baker boss Ray Kelvin, which saw Herbert Smith Freehills (HSF) lead an investigation – there have also been numerous, less-documented cases.

The legal industry has itself been the focus of a number of high-profile cases and seen its role in drawing up controversial non-disclosure agreements used in many cases subject to intense scrutiny. An International Bar Association report into bullying and harassment in the legal profession found that 38% of female respondents in the UK report they had been a victim of sexual harassment, a proportion that was similar to the legal industry worldwide. The report, published in May, drew on responses from nearly 7,000 lawyers globally.

Firms have also faced scrutiny for how they behave on sensitive employment cases. HSF employment partner Andrew Taggart was reported to the Solicitors Regulation Authority in January for allegedly threatening sexual harassment claimant Nathalie Abildgaard. Taggart allegedly told Abildgaard’s lawyer that the finance associate’s career in the City would be over if she pressed on with the claim against her employer IFM Investors.

‘The last year, half of my practice has been dominated by diversity issues and #MeToo,’ notes Miskella, who acted for the Old Vic theatre in relation to investigating allegations of inappropriate behaviour against actor Kevin Spacey.

Increasingly #MeToo is being placed in a wider shift in diversity and treatment of employees across a range of issues. Alongside sexual harassment, employment teams are seeing an increase in work relating to workplace bullying and mental health. ‘What you’re seeing is workforces questioning workplace culture,’ argues Allen & Overy (A&O) employment partner Sarah Henchoz. ‘Older people need to be much more aware of what young people want from their workplace. Junior employees are more open about their experiences with mental health and want transparency from their employer about what they’re doing to support people.’

Conversely, Wendy Sommerville, legal director of employment at Royal Mail, notes that attitudes to work are also changing across the board, with many older workers also willing to enforce their rights. ‘There is this discussion around millennials and what they want but I don’t know if what they want is untrue of older generations – it’s not just the younger generations bringing these cases.’

While who is bringing the cases can be debated, what is not in doubt is that cases are increasing. The employment team at A&O has grown 50% over the last two years, with sexual harassment complaints being one of the primary drivers. The abolition of employment tribunal fees is another driver of work for both claimant and defendant teams.

Previously tribunal claims carried a fee of either £390 or £1,200 depending on how quickly it would take to resolve and the introduction of fees in 2013 saw a plunge in the number of claims from around 5,000 a month in England and Wales to 1,500. According to a report by the Advisory, Conciliation and Arbitration Service, the number of cases involving a tribunal claim has increased 39% since the fees were abolished in 2017. Within the employment Bar, the move was seen as a welcome development in improving access to justice, with the court ruling women in particular were discriminated against by the fees.

In the City, Lewis Silkin, Simmons & Simmons, Baker McKenzie, A&O, CM Murray and HSF are considered among the standout players in the sector. Other substantial teams include Freshfields Bruckhaus Deringer, Linklaters and BCLP.

Miskella comments: ‘Employment law has been climbing the hierarchy of importance and there’s three main reasons: The rise of #MeToo; secondly, the repeal of tribunal fees; and, thirdly, the key assets for a business are its people and employment has become more business-critical.’

Many expect the removal of fees will see existing issues become further inflamed, with disputes over working hours and unpaid overtime an area employment lawyers are increasingly sensitive to. The issue came to a head in March, when Spanish trade union Federación de Servicios de Comisiones Obreras and others brought a group action against Deutsche Bank before the National High Court of Spain. The group sought a declaration that Deutsche Bank must have a system to monitor the number of hours worked by employees.

The advocate general of the European Court of Justice ruled member states must require employers to have such systems in place, itself an issue given the ongoing saga of the UK’s potential exit from the EU.

Employment lawyers are also quick to spot a link between issues like working hours and wider themes of workplace culture: ‘Most employers don’t keep an active record of working time,’ says CM Murray employment partner Merrill April. ‘It can feed into one another in regards to people feeling they have been bullied by not having proper rest breaks or feeling exhausted at the job.’

Crucially, the rise of employment as a focus for industries has seen in-house lawyers with an employment focus occupy increasingly important roles within businesses. ‘People are realising that it’s an important part of their business,’ says Deliveroo head of employment law and commercial litigation Tarun Tawakley. ‘Employers know they need to get their employment lawyer right.’

The rise of the gig economy is itself an important development for employment counsel. The ongoing debate around workers’ rights saw a major development in June of last year, when the Supreme Court ruled in favour of heating engineer Gary Smith in his claim against Pimlico Plumbers, establishing that he was a worker and not self-employed.

Meanwhile, in December 2018, Lewis Silkin acted for Deliveroo before the High Court in a case that ruled that Deliveroo riders are not workers, meaning the riders are not in an employment relationship for the purposes of European law. The findings furthered the belief that the law is struggling to keep pace with the evolving world of work.

‘With my Deliveroo hat on I would give credit to new ways of working such as Uber and us,’ Tawakley continues. ‘There are new radical ways of working and law hasn’t been keeping up with that change.’

The flipside to those celebrating the increasing willingness of employees to enforce their rights, are those that fret that the burdens of employment law mean fewer companies will create jobs in the first place, particularly in dynamic sectors of the economy like tech-heavy start-ups.

Solutions include adopting flatter structures, while Tawakley believes many start-ups can have their fears allayed after a discussion with an employment lawyer. And, for context, such fears of stymied job creation in the UK have continually proved wide of the mark, with total employment for the UK, hitting 32.54 million in January, according to government figures, a record high and coming alongside historically low numbers classed as unemployed at 1.37 million.

This reflects what many lawyers argue is an effective balance in UK employment law compared to the restrictive model of mainland Europe on one hand and the laissez faire approach of the US, which offers little employee protection. Indeed, employment as a field is unusual in that robust levels of work have been driven by new employment models and more demanding staff, rather than a response to new legislation or a tougher regulatory stance.

Such intractable trends mean that the long-term outlook for employment counsel looks ideal. ‘It’s a good time to be an in-house employment lawyer,’ says Simmons & Simmons’ Julian Taylor, who oversees the firm’s seven-partner employment team. ‘There was a time in-house when employment lawyers were basically just dealing with employment tribunal workflow, now they have much more status.’

Moreover, the developments underpinning the boom for employment advice look here to stay. Indeed, many feel these trends are still in their infancy. ‘There’s so many factors of change,’ concludes Tawakley. ‘It’s legislative change in areas like tax law, and there’s the changing demographics in the workforce, and new businesses entering the market all the time.’