Complex workplace investigations were the exception and not the norm until a few years ago. In the year 2000 a one-page statutory code of practice was published in Ireland to guide employers through the humdrum of workplace disciplinary and grievance investigations containing only one sentence regarding the issue of employee representation in investigations. Fast forward a decade and a half or so and the tables have turned. This one issue has been the subject of two High Court judgments, a Court of Appeal and a Supreme Court judgment. For clarity, not all judgments relate to the same case.

This is a rich seam for acrimony. There are volumes of case law on the subject. Why is this? Partly because an employeeʹs right to due process is rooted in statute and the Irish Constitution and partly because the Irish High Court has the power to restrain workplace investigations where an employee claims those rights have been eroded. Access to the High Court is not the preserve of the C suite. Much of the case law derives from disputes between ordinary workers and employers. It pays to get it right when it comes to workplace investigations.

Start as you mean to go on – the terms of reference

If the investigation will result in binding findings of fact however, that cannot subsequently be challenged, then this alters the nature of the process significantly. Employers need to take care to engage rigorous standards of fairness in such an investigation.

To stay on track, use the internal disciplinary and grievance procedures prepared for the Irish business. Employers must abide by the standards that they have set for themselves even where those standards have been gold plated. Check if a statutory code of practice applies to the subject matter of the investigation. Bullying, discrimination, disciplinary and grievance investigations are all the subject of several Irish statutory codes of practice.

In addition to this, for complex investigations, draft and agree with the employee bespoke terms of reference to define the following key issues:

Recent case law has settled the position that the bar remains very high in Ireland for an employee to assert that they should be represented by a lawyer in a workplace investigation.

In the 2018 Court of Appeal case of Irish Rail v Barry McKelvey [2018], the employee worked as an inspector. He was issued with a fuel card and irregularities were subsequently discovered regarding the use of the fuel card. Mr McKelvey was invited to a disciplinary hearing to answer to the charge of theft but applied successfully for a High Court injunction restraining the investigation until he was permitted to bring legal representation. The Court of Appeal overturned the High Court decision granting him an injunction. It relied on the Irish Supreme Court case of Burns v Governor of Castlerea Prison [2009] and R v Home Secretary ex parte, Tarrant [1985] to decide that legal representation should only be permitted in a workplace investigation where the employee would by reason of exceptional circumstances, not have a fair hearing.

The fact that an employee may face dismissal was not of itself an exceptional circumstance in this case. The court decided that while the charge of theft was serious, it was not complex. McKelvey did not have a right to legal representation despite facing a possible dismissal and damage to reputation.

That said, it is always important to carefully consider a request for legal representation. If the facts are complex, if there are doubts over the employee’s ability to conduct his own defence and if points of law could arise then a court may decide that legal representation is warranted.

An employee faced with a misconduct charge, potential dismissal and damage to reputation is entitled to challenge his accusers. This is settled in Irish case law, but is tricky in practice. Many witnesses are unwilling or unavailable to come forward. That unwillingness is common in #MeToo-style complaints or cases where customers allege serious wrongdoing. How is that resolved? With difficulty.

An employer cannot subpoena or coerce an employee to participate in an investigation. In practice employers have successfully worked around this by permitting questions to be put and responded to in writing or allowing the investigator to put the questions to the witnesses, assess the response and demeanour of the witness and share the response with the challenger. Neither of these options is ideal or legally bulletproof. But, the High Court will only intervene using equitable relief where it can usefully achieve something. That may not be possible if a witness remains steadfast in their refusal to participate and the employee and their legal team may recognise that.

What is the one take away? Take advice early. The path through workplace investigations is challenging and, in places, the terrain is still under construction. 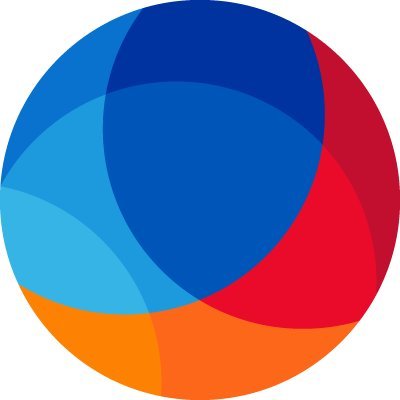 Partner and head of employment