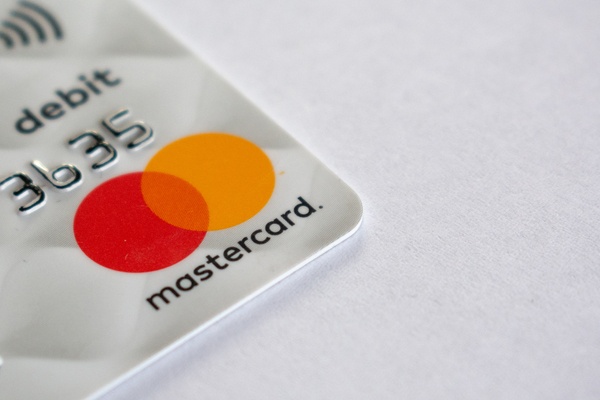 Competition litigation has certainly become a hot topic in litigation circles, thanks largely to marquee disputes like the £14bn group claim launched against Mastercard.


But, from the perspective of time-pressed GCs, the debate is far from settled as to whether companies are to face a flood of consumer-backed claims. What can be said is that how this plays out could have considerable implications for UK law and plc.

Changes to competition law in 2015 permitted the use of ‘opt-out’ class actions to be heard in the Competition Appeal Tribunal (CAT). The opt-out model, familiar to US class actions, makes it far easier to combine large groups of claimants in a single claim and is seen as a key tool in pursuing consumer litigation. ‘The UK courts are keen not to stifle class actions because it allows people to achieve redress,’ comments Francesca Richmond, a partner in Baker McKenzie’s litigation practice.

However, Allen & Overy disputes partner Jonathan Hitchin speaks for many in questioning whether the recent handful of high-profile cases involving group-action claims is an early indicator of a flood to come or merely a flash in the pan.

The new regime was ushered in to address a perceived gap in the law that had seen consumers struggle to recover individual claims or make claims that are large enough. The model allows broad groups of individuals to be put together by default unless they opt-out of the group.

‘With opt-out, the potential damages are larger so it can justify the costs of the claim so I think people will start to consider opt-out claims more,’ notes Stephen Wisking, global head of competition, regulation and trade at Herbert Smith Freehills (HSF).

However, progress has been slow and ‘painful’, concedes Martyn Day, senior partner at claimant specialist Leigh Day. All five opt-out cases that have been attempted since competition law changed four years ago have yet to get past the certification stage, which requires the endorsement of a High Court judge that the claimants can be legally grouped.

A £14bn case claiming damages on behalf of 46 million consumers against Mastercard over alleged unlawful card fees is, currently, the largest claim in the history of UK civil litigation and one of the first claims pursued under the UK’s opt-out regime.

Lodged by Walter Merricks, the former financial ombudsman, the collective claim was rejected by the CAT in 2017 on the grounds the case was insufficient to bring about class action. However, in April this year, the UK Court of Appeal ruled that the CAT must reconsider the class action against the bank card provider – saying the CAT incorrectly refused to certify the action – taking the case to the Supreme Court, which is to be heard in January 2020.

A lot rides on the Merricks case with the CAT putting other pending cases on hold until the Supreme Court’s ruling, including two competing applications to bring class actions against a truck cartel (UK Trucks Claim Ltd v Fiat Chrysler Automobiles and Road Haulage Association Ltd).

‘We are watching the Supreme Court’s judgment with interest,’ says Chris Owen, a partner in Simmons & Simmons’ London commercial litigation team. ‘They probably will approve [the Mastercard claim] for further proceedings because the legislative regime was clear that it was designed to allow for opt-out collective redress in the UK.’

Boris Bronfentrinker, who acted for Merrick and is co-head of the competition litigation practice at Quinn Emanuel Urquhart & Sullivan, says: ‘I wasn’t surprised by the revival of the Mastercard case but I was surprised that we didn’t win in the first place. We have reasonable prospects and are confident we will be successful and if it goes through, we are likely to see more collective actions at a consumer level.’

But Wisking is more cautious about pinning hopes on the Mastercard case and it paving the way for future opt-out claims: ‘It’s all a bit unclear what’s going to happen. The Court of Appeal appears to suggest the threshold for certification could be lower but I’m surprised because it seems a bit inconsistent with the policy in the lead up to the change. There were concerns about allowing a new creature into the system, concerns we’d end up with a US system and concerns about the costs for companies.’

With predictions there will be more group claims stemming from the new regime in the UK, should corporates be nervous about collective claims, which have been pursued beyond the competition sphere?

‘No longer can defendants assume that small-value claims will not be pursued against them in circumstances where group litigation is an option,’ argues Kate Pollock, partner and head of competition litigation at Stewarts.

‘It’s no more risky for companies on the defence than being sued by an individual, but funding needs to be in place and the [group] claim is likely to be well funded. Sometimes the funding can fall through in individual claims, but with the bigger cases the actual claim is fairly high and you could be talking hundreds of millions of pounds,’ notes Sarah Houghton, a partner at Mishcon de Reya.

Where claims do get through certification, advisers warn that they can present particular challenges to companies on the receiving end. ‘Inevitably, the dynamics of group litigation mean the proceedings are more complicated and unwieldy for defendants – no GC is going to want it,’ says Andrea Monks, a banking disputes partner at Latham & Watkins.

Rushad Abadan, general counsel at FTSE 100 investment group Standard Life Aberdeen, observes: ‘We’re managing other people’s money and quite often we get approached to participate in class actions on behalf of our investors when things go wrong – some [claims] have merit and some don’t.’

Linklaters disputes partner Tom Cassels suspects the potential for more group action claims will be worrying general counsel, with defendants reluctant to settle for fear of stimulating activity from other potential claimants.

‘A challenge is figuring out a path to settle – it’s difficult to arrive at a proposal that solves all the issues,’ agrees Bakers’ Richmond.

But despite the risks to defendants that become embroiled in group litigation, Cassels says class actions can have a silver lining for corporates: ‘Class actions could create opportunities for [defendants] to settle cases early and it could encourage people looking at voluntary redress in a bid to avoid class action.’

Many believe that the growth in disputes funding will also provide fresh impetus to group claims, especially with cases following regulatory action. Neil Mirchandani, a partner at Hogan Lovells, comments: ‘Litigation funders only want to fund strong cases and they’ll probably be delighted to fund cases [in competition] where regulators have already done a lot of the hard work for them.’

Funders are also becoming more creative in the types of cases they are backing. In February this year, a legal claim for almost £100m was launched against three commuter rail companies that run the Southeastern and South Western networks, accused of forcing passengers to pay double for their journeys. The claim secured backing from Woodsford Litigation Funding. ‘This case is interesting – they are standalone claims and they will have to show a breach of competition law,’ says Wisking.

Given the length of time it has taken for pioneering group claims to go through the legal system, the ultimate impact of opt-out claims in competition litigation remains far from clear. But if the Supreme Court does effectively lower the threshold for opt-out claims, that picture could dramatically change. As Wisking concludes: ‘People will look at every competition infringement case and assess whether there’s a potential class action.’