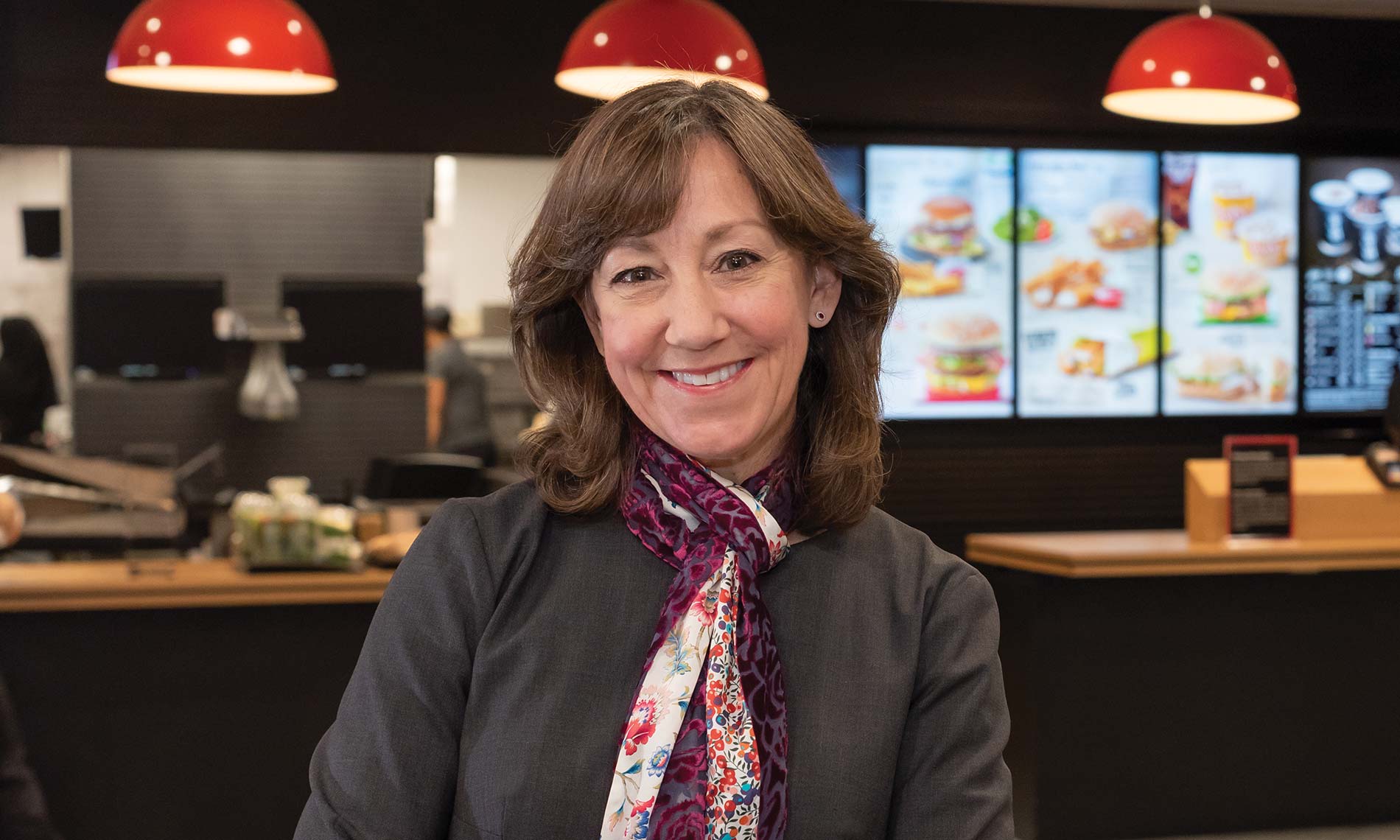 Chicago-born Christine Dekker’s ten-year run as legal counsel for McDonald’s has seen her relocate from the US to Shanghai for work in 2014 on a gamble that paid career dividends, ultimately earning her the role of general counsel (GC) for the UK and Ireland three years later.

As vice president-GC for the restaurant chain’s Chinese market, Dekker had played a prominent role in handling the sale of a $2bn equity interest in the China and Hong Kong business to strategic investors. In Shanghai she ran a team of 23 lawyers but also found time to travel to smaller Chinese cities, not to mention visit the odd local potato farm.

She reflects: ‘I’d never been to Asia and moving to Shanghai was a really big risk, but it turned out to be a really big reward because I joined an innovative team and got to work on a very large M&A transaction – McDonald’s biggest ever.’

Now, nearly 18 months into her new role, from offices in north London she manages a team of 17 staff supporting 1,250 company-owned and franchised restaurants with over 120,000 employees across the UK and Ireland. ‘We’re set up to service the whole business like a small law firm,’ notes Dekker.

Comparing the fast food chain’s positioning in the Chinese and UK markets, she was quickly struck by how much more advanced China is in technological adoption: ‘I didn’t expect things to be so innovative in China, but they really are ahead in digital/tech and have been for more than ten years. The UK market is much more mature with longer-standing relationships with franchisers, but the business models are quite similar in both countries.’

Moving to Shanghai was a really big risk, but it turned out to be a really big reward because I joined an innovative team and got to work on McDonald’s biggest ever M&A transaction.

Despite being a huge global brand, the majority of the company’s restaurants – 80% worldwide – are owned and run by some 5,000 independent, small to mid-sized franchisees. ‘I run a market compliance programme because we’re a global business with a huge respect for local market needs. This means there are some localised menus. For instance, in China there is more of a focus on chicken.’

A former boss persuaded Dekker to pursue a legal career. ‘I started out as a young mother in Chicago and was fortunate enough to have an excellent boss who encouraged me to go to law school,’ she says.

She then served as a law clerk to a US federal judge before joining Ungaretti & Harris, the practice that was taken over in 2015 by top-100 US law firm Nixon Peabody, as an associate in 1999. She was fast-tracked to partnership some three years later.

But after ten years in a ‘very hard law firm environment’, Dekker began exploring paths to becoming an in-house lawyer and made the plunge with a senior legal counsel role at Northwest Airlines. From Minneapolis, she was responsible for managing employment matters for more than 30,000 staff in the US and Canada.

‘I originally applied for McDonald’s and came second place, and then a few years later they got in touch when another position opened up and I jumped at it. ‘Me and my sister always say that we’ve not done too badly for a couple of simple girls from the south side of Chicago,’ she laughs.

Dekker oversees all legal, compliance and corporate governance matters for McDonald’s in the UK and Ireland, which includes a variety of franchising and supply chain matters, real estate and restaurant operations, GDPR and employment issues.

She says leveraging technology to help improve its support to the business is high on the agenda and notes how engrained technology has become in some cultures: ‘China has Alipay and WeChat – everybody uses it. The UK seems to be ahead of the US in that we have tap-in contactless payment. I have not seen that as pervasive in the US yet.’

However, she says the take-up of technology in a company can present challenges when it comes to assessing risk levels.

‘We support all the business functions, grounded in a fast-paced technology environment and sometimes I feel like risk appetite changes from week to week. You’ve got to be flexible to cope with that.’

She adds: ‘Our business partners have supported enhancing
legal technology tools because the business case for legal tech not
only creates efficiencies but we have been able to leverage these
tools to optimise workloads in other functions as well, like franchising and finance.’

Noting a marked shift in the responsibilities of GCs in recent years, she says technological progress has played its part: ‘What is the role of artificial intelligence [AI]? That’s all new for me and nobody mentioned it when I joined five years ago.’

McDonald’s has, however, been investing in digital technology in recent years. In April, the company extended its investment in mobile software company Plexure, which powered a version of McDonald’s global mobile app in 48 countries.

At the end of March, McDonald’s acquired AI technology company Dynamic Yield for a reported $300m to help it tailor food choices to its drive-through digital menus. Dynamic Yield’s technology can change menus based on time of day, weather conditions or even by using number-plate recognition to individually adjust the choices offered to repeat customers. She adds: ‘And also just asking ‘‘how do we pay?’’ – things will be cashless soon. As a GC you have to have an understanding of what all these changes mean for stakeholders.’

What is the role of artificial intelligence? That’s all new for me and nobody mentioned it when I joined five years ago.

As for management style, Dekker says she puts a focus on supporting the team: ‘My style is to be as integrated as possible. I encourage my team to be bold and to learn as much about the business as they can.’

More networking with other in-house lawyers is an aim for Dekker now that she is established in her new role. She rates Matt Wilson, Uber’s legal chief for Europe, the Middle East and Africa. ‘He’s really very down to earth and kind of visionary.’

She adds: ‘I also really admire our global GC Jerry Krulewitch [a former Winston & Strawn partner who has spent more than 15 years with McDonald’s, taking the top legal role in 2017]. I’ve been with him my whole time at McDonald’s.’

Aside from the softer skills, Dekker professes to be focused on refining her knowledge of the business and its financial performance, adding: ‘I want to have a positive impact there and provide more pragmatic advice.’
And she says developing a deep understanding of financials has helped her provide more practical advice to the business. ‘I try to be authentic,’ she adds. ‘After this much experience, it feels more natural and I’m more confident.’


At a glance: Christine Dekker