Paul Gilbert argues that AI has become a marketing gimmick that
obscures the shortcomings of legal teams.

The words ‘artificial intelligence’ bother me. I want to have a little rant about the words, but I also want to challenge the way in-house lawyers approach technology. On the words, I can legitimately stand accused of using ignorance as a shield for my laziness, but what bothers me is not that artificial intelligence isn’t clever and potentially useful, but that it sounds like the marketing kids have got hold of the dressing up box again.

So far as I can see it is a way to describe how humans use stuff to do stuff humans have got bored of doing. This feels like what humans have done since they discovered the wheel and dishwashers.

It isn’t ‘artificial intelligence’; it’s the stuff we use every day. So why do we have to dress up something to sound more important than it is? My grumpy old man demeanour believes it might be because a rather exasperated tech sector is unable to sell much tech to in-house lawyers and needs to grab the attention of a disinterested audience.

Ironically, the first reaction of the lawyers was to ask if artificial intelligence meant the end of lawyers, which rather suggests the tactic of creating a whizz-bang label to grab their attention got the wrong end of their attention stick. The problem however is deeper. Selling tech to in-house lawyers is a like trying to sell sat-nav to the donkeys on Blackpool beach. They don’t need it while they only walk up and down. In-house lawyers are not donkeys, but they often appear to do the equivalent of walking up and down the same patch of legal work in the same way they have done for a long time. Before in-house lawyers are ready to take on what the tech suppliers offer, they need to address issues partly psychological, partly structural and partly strategic.

Selling tech to in-house lawyers is a like trying to sell sat-nav to the donkeys on Blackpool beach. They don’t need it while they only walk up and down.

The strategic key which unlocks so much is for teams to define their purpose. Not (definitely not) a mission statement, but a detailed, thoughtful description of the scope of the role. Until the purpose is clear, it is almost impossible to see how technology can be deployed as part of a purposeful resource plan. Instead, at best, tech simply threatens to add admin and confusion to a hard-pressed team.

The structural issues in many teams make it hard to sell tech. Lawyers are brilliant at creating successful, but dependent personal relationships in their organisations. In effect the dependency masks the need for tech as long as the personal contribution of the lawyer meets the needs of the business. The psychological issues flow from this mindset. Teams make the mistake of equating being busy with adding value, and pleasing people with being effective. Neither is necessarily true, but the beliefs are held so strongly that breaking open what a team actually delivers is beyond many tech consultants.

Then there are the practical barriers. Tech budgets are rare and an ambition for sophisticated re-engineering of roles, purpose and procedures perhaps even rarer.

In the mix we must then add the law firms who are much happier investing in tech. Their unpublished desire is to keep clients in a state of semi-dependency. While the firms look after that complicated tech stuff, the in-house teams can be lovingly pampered with bills for their institutionalised inefficiency.

What is the way forward? I believe the way forward for tech companies is not to invest anymore in fancy, sci-fi nomenclature, but to get out of the dressing up box and make appointments to see the finance directors and chief operating officers rather than the general counsel.

The way forward for in-house teams is to tackle four themes:

The need for change is obvious, the fact that change is so slow suggests that we are doing the equivalent of talking loudly and slowly to people who do not speak our language. It is time to be intelligent. 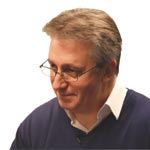