Of all the clauses in a contract, dispute resolution provisions require perhaps the greatest degree of crystal ball gazing. Contract drafters need to ensure that the clause will be effective in putting any dispute in the hands of a competent and effective court or tribunal at the earliest opportunity.

But now we have Brexit. We still have little idea what that will mean in practice when considering what will replace the EU regulations that will cease to apply once the UK leaves the EU.

This article considers the primary European regulations relevant to dispute resolution agreements and what the position may be post-Brexit.

The rules for ascertaining the law applicable to a contract are set out in the Rome I regulation (Regulation (EC) Number 593/2008 on the Law Applicable to Contractual Obligations (I)). The governing principle of Rome I is to give effect to the parties’ freedom to choose the law governing their contract. Subject to certain exceptions, the law chosen by the parties does not have to be the law of the country of domicile of any of the parties, nor does the choice of law require any connection with the subject matter of the contract.

It seems very likely, whatever legal mechanism is agreed upon, that the principles set out in Rome I will continue to apply in the UK post-Brexit either by the UK implementing Rome I via domestic legislation or continuing to be bound by the Rome Convention through the Contracts Applicable Law Act 1990, which broadly reflects the provisions of Rome I.

Even if the Recast Regulation were to nolonger apply in the UK post-Brexit, it largely reflects the current English law regime. However, the dis-application of the Recast Regulation may result in an additional procedural hurdle to be overcome by claimants wishing to bring proceedings against EU-domiciled defendants. Currently, no separate permission is required from the court to serve proceedings on any defendant where jurisdiction is conferred on the UK court by virtue of the Recast Regulation. Once the Recast Regulation ceases to apply, the position may revert to the standard rule that claimants must first obtain permission to serve proceedings out of the jurisdiction. This potential change highlights the importance (particularly for a lender in a cross-border financing) of requiring counterparties to agree to the appointment of process agent within the UK. This should avoid the need for lenders to apply for permission to serve proceedings out of the UK and also dispense with the expensive and time-consuming process of effecting service outside the jurisdiction.

The validity of these unilateral jurisdiction agreements has for some time been controversial. The French courts in recent years have showed a reluctance to uphold these provisions (Mme X v Rothschild [2012] and ICH v Credit Suisse [2015]) whereas in a 2013 decision, the Commercial Court in London upheld the effectiveness of these asymmetrical non-exclusive jurisdiction clauses under English law (Mauritius Commercial Bank v Hestia Holdings [2013]).

Following Brexit, there are a number of potential options that would enable the UK to benefit from regimes that largely reflect those of the Recast Regulation.

Having obtained a judgment, the next stage is to enforce the judgment against the defendant. If the Brussels regime no longer applies in the UK, creditors could find it harder to enforce UK judgments within the EU. However, it seems likely that the UK will remain party to the simplified procedure for the enforcement of judgments. Even if that is not the case, it should not be assumed that judgments of the English courts will be difficult to enforce. There is, for example, no treaty between the UK and the USA for the enforcement of each other’s judgments. Further, the UK is subject to a number of other multilateral arrangements for the international enforcement of judgments including under the Administration of Justice Act 1920 and the Judgements (Reciprocal Enforcement) Act 1933. Furthermore, the removal of the protection provided by the Recast Regulation from actions being brought in breach of exclusive jurisdiction provisions may be partly off-set by the revived ability of parties to obtain anti-suit injunctions in the UK courts.

Should there be any concern over the ability to enforce an English court judgment in any jurisdiction where the counterparty has assets, especially in a post-Brexit regime, then consideration should be given as to whether arbitration may be a more effective forum. It is often thought that arbitration is not the best method for the resolution of a claim brought against a borrower due to concerns over speed and difficulties in obtaining summary judgment. One solution is to include a hybrid jurisdiction agreement whereby the bank (but not the borrower) may refer disputes to either the courts of a chosen jurisdiction or to an arbitration tribunal.

Although it remains unclear what arrangements will be for the UK vis-à-vis EU member states it seems likely that the principal rules, and the recognition of the parties’ rights to agree such matters for themselves, will remain largely unaltered. However, given the inevitable uncertainty, contract drafters should be doubly careful to use the clearest words to provide for an express choice of applicable law and jurisdiction, with flexibility for a lender where appropriate, with a view ultimately to obtaining a judgment or award that is enforceable in a jurisdiction where the defendant has assets. 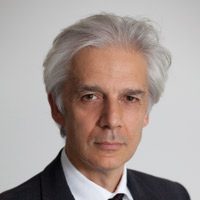 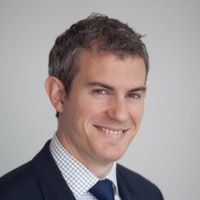 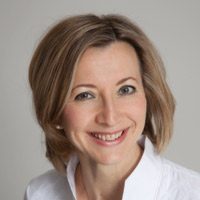