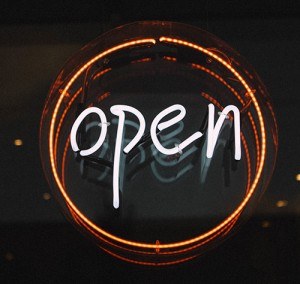 The UK has long prized its reputation as an attractive place to do business. Successive governments of all persuasions have consistently taken measures to make sure the UK has the most competitive corporate tax regime across the G20. With its low headline corporate tax rate and generous rules on deductibility of interest compared to other G20 partners, the UK has been ideally positioned as a place for businesses to invest and thrive.

However, two recent developments look set to alter the UK’s traditional approach. Globally, the OECD has proposed a range of measures aimed at combating what it calls aggressive tax planning under the umbrella of the base erosion and profit shifting (BEPS) initiative. Domestically, the UK government is seeking to balance the need to maintain its business-friendly reputation with the political desire to clamp down on those which the UK government sees as taking unfair advantage of the UK tax system.

Debt financing has generally had the useful tax effect of being tax deductible whereas equity finance is not. The continued low rate of interest allows businesses to obtain cheap debt financing to fund business operations and growth. While several countries impose a limit on the amount of interest that can be offset against profits for tax purposes, known as a ‘safe harbour’ rule, the UK has never fully subscribed to this approach. Today, subject to certain anti-avoidance principles including the so-called ‘worldwide debt cap’ rules, there are no real restrictions on UK companies obtaining interest deductions in the UK if, broadly, the interest in question is on arm’s-length terms.

However, from 1 April 2017, a form of safe harbour rules will come into force for the first time. Applying to UK corporation tax paying groups with net interest expense exceeding a de minimis amount of £2m, interest deductions will be restricted to a percentage amount of EBITDA (Earnings Before Interest, Taxes, Depreciation and Amortisation) referred to as ‘interest capacity’. There will be no grandfathering of existing debt and businesses will face a three-year time limit for carrying forward any unused interest capacity.

Under the new rules, a group’s interest capacity may be calculated at a domestic level at a ‘fixed rate’ of 30% of UK group EBITDA or, if appropriate, at a global level by multiplying the global group EBITDA by a group ratio. The group ratio is calculated by dividing net qualifying group interest expense by global group EBITDA. UK tax authorities are brave to try applying the new rules based on EBITDA, which is not a universally defined concept but is often the subject of keen negotiation. The proposed rules contain a raft of concepts specifically defined for tax purposes but it remains to be seen how these will work in practice. An example of this complexity is that the proposed 30% rule is based on a tax definition, while the global group ratio uses an accounting-based definition. Each taxpayer should therefore review their current and proposed structures carefully.

I’d echo the thoughts of my colleague Prabhu Narasimhan, a tax partner at White & Case with experience structuring cross-border investments for multinational corporates, financial institutions and funds. He says: ‘These rules will particularly impact private equity groups whose external and shareholder debt are well above the 30% EBITDA threshold. We will see such funds veer away from UK shareholder debt to some form of preference shares for capital injection. The UK’s low corporate tax rate softens the blow somewhat but these rules reflect a shift in the tax landscape globally under the auspices of the BEPS project.’

In my view, the new rules will affect financing structures across all sectors with companies needing to review their tax structures globally and consider moving away from solely using shareholder debt and structuring their investments as equity in whole or part. I expect businesses will be more conservative in their use of leverage now that the tax incentive to increase debt is significantly reduced. However, there will still be non-tax reasons to use shareholder debt as it obviates the need for distributable reserves. More businesses will raise debt outside the UK in jurisdictions where the OECD BEPS initiative has not yet been implemented (although how long this opportunity exists is difficult to tell).

When it announced the new rules in March 2016, the UK was a frontrunner in following the OECD’s lead. Just months later, in the uncertain light cast by the Brexit vote, we know that businesses are more cautious about investing in the UK, although others see the drop in sterling as a buying opportunity. Draft legislation is expected before the end of 2016. Time will tell whether legislators address business leaders’ concerns around the new rules sufficiently to calm their nerves and reinforce the message that the UK is still open for business.

Lee Cullinane is a partner and regional section head for EMEA banking at White & Case.