The purpose of this new court is to provide parties to such litigation with quick outcomes, with added procedural flexibility and access to experienced business judges who each manage their cases from beginning to end. The intended outcome is to produce swift, efficient, specialist and high-quality financial dispute resolution. Described by the Lord Chief Justice as ‘an international benchmark’, inevitably, maintaining an attractive forum for international litigants was also at the forefront of the minds of the judiciary when conceiving of this idea.

High expectations therefore; so what has happened over the past year in practice?

So far, so good

The Financial List has undoubtedly got off to a good start. As at the time of the writing, fourteen cases have been issued in the Financial List since it was launched and a further nine have been transferred in. Three final judgments have been handed down and they each address precisely the sorts of issues intended to be covered in this court. The initial paragraphs of the first of them (GSO v Barclays Bank [2016]), highlight the parties’ willingness to be in the Financial List for the very reasons the court was created: the wide and international use of the documentation under analysis (the 2012 LMA Terms), the significance of the case to the financial markets and the issues of wider significance involved.

Speaking in January 2016, Mr Justice Blair said the Financial List is ‘operating well’ and feedback from those who have already litigated in the List has not diminished that view. At the Legal Business Commercial Litigation Summit panel discussion in May of this year, the panellists gave positive feedback. Confidence in specialist judges, the flexibility of procedural steps and the attraction of setting precedents for the market (in contrast to arbitration) were all considered to be particularly attractive features of the new court.

Our own experience confirms this view and has also shown that speed is the name of the game in the Financial List. It is clear that there is a real impetus on the part of the listing officers to get cases listed for hearing expeditiously and parties should be prepared for a tight timetable. In an area where quick decisions can be crucial to the parties and to the wider financial market, this is undoubtedly welcome.

Concern has been raised that the benefits which the List aims to bring in terms of specialism, speed and efficiency could be compromised if the appeal process takes too long, and if the Court of Appeal bench does not hold the relevant specialist expertise.

Experience so far has shown that these concerns may be unfounded, with the listing of the appeals of two of the Financial List judgments just six months or so after they were handed down. Mr Justice Knowles, one of the Financial List judges, has expressed confidence that the senior judiciary is fully supportive of the new court and will give early consideration of the question of speed. Speaking in May, he added that the constitution of the bench will follow tradition: ‘The third member of a three-person court may be deliberately from an adjacent or different field, but two very close to the field in question.’

While the need to expedite these cases might often be totally understandable, the Court of Appeal will need to ensure that there is proper justification for prioritising them over other appeals to avoid any public perception that the financial markets are receiving preferential treatment.

An important but untested feature of the Financial List is the regime for determining issues of ‘general importance’ to financial markets, without the need for a crystallised cause of action. This is a pilot scheme, which will run initially until September 2017. The intention is to enable interested parties to obtain immediately relevant and authoritative English law guidance without the need for a dispute to have arisen between the parties.

The FMTCS is primarily intended to save time and costs and the parties are required to co-operate: proceedings may only be issued by mutual consent and must be founded on agreed facts before the FMTCS hearing. Additionally, the general rule is that there will be no order as to costs, irrespective of the outcome.

No issues have yet been referred to the FMTCS, but the concept has been greeted with interest and broad enthusiasm by practitioners and market participants, both at home and abroad. That said, while the principle is compelling, one can readily see that the scheme gives rise to a number of issues in practice, not least as to representation and funding. It is not that easy to identify issues which not only might be suitable for a referral to the scheme, but also might have interested parties willing to fund the test case.

Perhaps the role of the FMTCS might come into its own if an ambiguously-worded clause purporting to bite in the event of Britain’s withdrawal from the EU were identified in market-standard financial documentation. The cause of action will not arise for some time, but the issue might be apparent now. The litigation market waits with interest to see the extent to which such a dispute might arise, but it seems that, as long as parties on all sides of the argument are willing to proceed and have proper representation, with adequate funding, the FMTCS would be well placed to facilitate a swift and clear resolution in such circumstances. 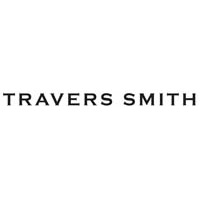 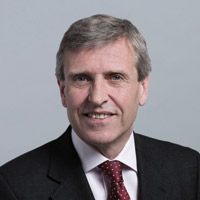 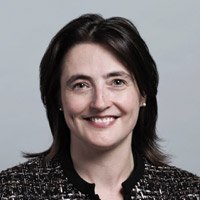