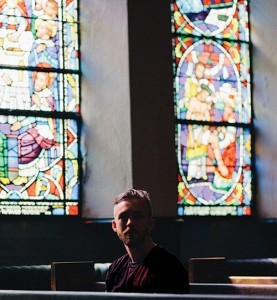 It is a sporting truism that it is far harder to be axed from the England football squad than it is to be included in the first place. Unfortunately, a similar tendency is apparent with risk factors in public listings of securitisation transactions. While this is true across a range of issues, it is particularly true with risk factors relating to geopolitical events and concerns. Of course, the travails of the financial markets since 2008, the unique nature of the Scottish independence referendum and the shock of the Brexit vote have given much to consider in this respect.

In the UK the legal framework for disclosure in prospectuses is set out in the Financial Services and Markets Act 2000. Financial Conduct Authority guidance from July 2013 defines risk factors as a list of risks which are specific to the company and its industry, and should be relevant to the type of securities being offered. In my view, there are too many occasions when this emphasis on specific and relevant disclosure is forgotten when drafting risk factors on securitisation transactions.

Turning first to disclosure of risks related to the state of the financial markets, while a risk factor highlighting market turmoil was relevant in 2008, contrary to some drafting I have seen recently the state of the markets have not been in permanent turmoil ever since, up to and including the current day. As a result, the risk factor should now be updated and, in short, different. Moreover, a feature of some risk factors in this area focusing only on certain aspects of the global market situation, such as the position of European banks, may well also not be current and will almost certainly miss other macroeconomic concerns such as, in this example, the state of the US and major Asian economies. It would also be better to identify the specific effects on the transaction of the adverse state of financial markets in the risk factor, whether that is lack of secondary market activity or concerns about the health of transaction counterparties.

Discussion around the Scottish independence vote highlights the persistence of risk factors in prospectuses even when the actual risk has now departed. For certain issuers, the potential impact of a vote for Scottish independence was relevant before the vote but, of course, Scottish voters then rejected independence. We are, however, still seeing attempts to retain ‘Scottish Independence’ risk factors by focusing on the enhanced tax-raising powers of the Scottish government. Much convoluted drafting later, this translates into a fear of high taxes in Scotland leading to defaults on payments on mortgages, etc. This is selective and overtly political in that it doesn’t mention the counter-argument that higher public spending generates employment and reduces defaults resulting from job losses. Securitisation prospectuses really shouldn’t be getting involved, and taking sides, in a political debate about the merits of austerity and anti-austerity. The Scottish Independence risk factor is dead and should be removed, not turned into some zombie drafting that just won’t die.

Finally there is the impact of Brexit. The current situation, which any risk factor needs to be based around, is that the impact of the UK leaving the EU, the terms of the UK exit and its timing are uncertain and could have an adverse effect on the relevant securitisation transaction. I disagree with Brexit risk factors where there is significant disclosure of the mechanics of the article 50 procedure, as the mechanism is not itself a risk. The key point around the Brexit risk factor, however, is that it will need to be reviewed and updated on a regular basis for new issuances and programme updates as issues and risks become clearer. For example, for certain transactions, if negotiations conclude with the UK failing to secure continued membership of the single market, there will be a significant risk that needs to be disclosed.

Kevin Ingram is head of structured debt at Clifford Chance. 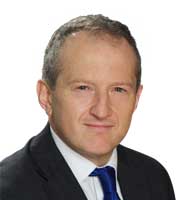