After obtaining a favourable judgment in a foreign country, one may wish to enforce the judgment in Israel. This is the case, for example, when the debtor has assets in Israel or when the successful litigant seeks to enforce compliance with the provisions of the judgment on an Israeli citizen or company. As in many other judicial systems, a judgment rendered by a foreign country is not automatically recognised in Israel and must undergo an ‘acceptance’ proceeding to gain legal status – whether for the purpose of being enforced, ie, being executed, or in order to be recognised.

Israeli jurisprudence on the enforcement (and recognition) of foreign judgments has developed over the years, on the basis of legislation, case laws, arrangements adopted from the English common law (which was the law of the land prior to the establishment of the State of Israel), and international conventions that Israel acceded to. As a result, a system of rules has been developed over the years that presents creditors in foreign judgments with a variety of courses of action.

In 1958, the Foreign Judgments Enforcement Law, which regulates the conditions upon the fulfillment of which a foreign judgment would be enforced, was enacted in Israel. Alongside the provisions of the law, according to which one may initiate proceedings to acknowledge or enforce a foreign award (direct recognition), the Israeli Supreme Court has also allowed the enforcement of a foreign award through the English common law method of indirect recognition, by pursuing independent lawsuit in Israel based on the foreign judgment. In addition, another common law method was also adopted in Israel, whereby it is permissible to file an additional lawsuit based on the original causes of action in Israel (disregarding the foreign judgment).

Consequently, there are several potential courses of action to enforce a foreign judgment in Israel. Choosing the suitable enforcement route is of great significance since the routes differ from each other in terms of the required conditions, the claims that may be raised against enforcement, and the status of the final judgment upon completion of the process.

An additional difference is that the statutory enforcement route requires that the foreign award would be enforceable in the country in which it was rendered, and that it will have been rendered in a country whose laws authorise its courts to render it. On the other hand, in the indirect recognition route there is no such requirement, and in principle, it is possible to enforce even a foreign judgment rendered without authority (or which is void due to a procedural flaw in its origin country).

Furthermore, choosing the correct route is also of great importance in terms of the result of the proceeding. The Israeli Supreme Court interpreted the statutory enforcement route as declarative, namely, the foreign judgment merits enforcement and does not create a new right. The implication is that even after recognition, the foreign judgment would still be governed by foreign law. On the other hand, a judgment rendered in a lawsuit based on the foreign judgment is considered an Israeli judgment for all purposes and can be submitted to the Israeli Execution Office.

In addition to the current complexities, the law governing the enforcement of foreign judgments is expected to undergo new legislative revisions and amendments in view of two international conventions to which Israel has recently acceded. On 3 March 2021, Israel confirmed The Hague Convention of 30 June 2005 on Choice of Court Agreements and The Hague Convention of 2 July 2019 on the Recognition and Enforcement of Foreign Judgments in Civil or Commercial Matters. These changes in the Israeli legislation affecting the enforcement of foreign awards are not the only reforms altering the legal proceedings a foreign litigant may expect in the Israeli court – as of January 2021, the 1984 Civil Procedure Regulations were replaced altogether with new regulations which significantly change civil litigation practice.

For example, the new regulations mandate a preliminary deliberation conference between the parties within 30 days of filing the last pre-trial pleading; the new regulations significantly reduce the ability of the parties to file countless motions throughout the proceeding; and they also instruct the courts to immediately make an order as to costs for every motion separately – regardless of the ultimate outcome of the proceedings. This rule might deter parties from filing unnecessary motions and limit their arguments to those with real merit. According to the new regulations, courts are thus required to consider the misuse (or abuse) of legal proceedings.

The aim of the new rules is to enhance efficiency, simplify proceedings, save judicial time, shorten the duration of the litigation and, eventually, create more certainty. The new rules provide more authority to the court, allowing more discretion in deciding on how to make the proceedings more efficient. However, certainty and efficiency are unlikely to materialise in the first few months or even years, while parties, litigation practitioners and the courts learn and adjust to the new regulations. New case law will take time to become established law and it is expected that, in the interim, courts will vary in the way they apply the new procedural rules.

In conclusion, the legal situation in Israel offers a variety of ways for judgment creditors who wish to implement foreign judgments in Israel. There are several possibilities, with different conditions and defence arguments. Choosing the appropriate enforcement route for each case and adjusting it to its individual circumstances requires experience, understanding and expertise as well as in-depth knowledge of the various laws governing each course of action.

Our firm’s litigation department has significant experience in representing parties in global disputes, including enforcement (and recognition) proceedings of foreign judgments. Our firm is regularly ranked as one of Israel’s leading firms in the field of litigation. Our firm is ranked Tier 1 in all local ranking guides (Dun’s 100, BDI). We represent many of the largest companies in the Israeli economy as well as leading international companies in various fields, including communication, infrastructures, real estate, construction, retail, banking, finance, insurance, transportation, renewable energy, hi-tech, fintech, and more. 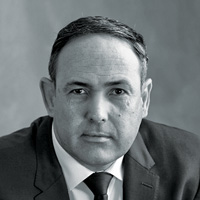 Head of litigation and managing partner 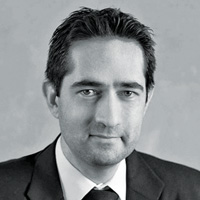 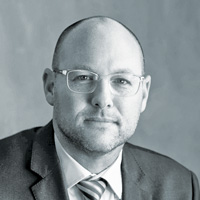 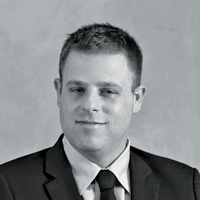