Earlier this year, New Zealand’s highest court issued a decision clarifying when and how evidence of parties’ dealings will be admissible to support arguments before the courts on contractual interpretation. The decision signals a departure from the New Zealand approach to date and the approaches in a number of other Commonwealth jurisdictions, in particular the United Kingdom, and highlights that contracting in New Zealand may give rise to particular practical considerations, both at the time of contracting and also when litigating contractual interpretation issues.

Like many Commonwealth jurisdictions, New Zealand’s law on contractual interpretation has its foundations firmly in Lord Hoffmann’s judgment in Investors Compensation Scheme Ltd v West Bromwich Building Society [1998]. After a brief foray into a more purpose-led approach to interpretation in Vector Gas Ltd v Bay of Plenty Energy Ltd [2010], the New Zealand courts have confirmed in Firm PI 1 Ltd v Zurich Australian Insurance Ltd [2014] that contractual interpretation is an objective exercise that focuses on the text of the contract and is aimed at identifying ‘the meaning which the document would convey to a reasonable person having all the background knowledge which would reasonably have been available to the parties in the situation in which they were at the time of the contract.’

On these core principles, the New Zealand and UK approaches appear to be more or less aligned.

There are, however, some subtle nuances in the approaches of the respective jurisdictions, both when it comes to interpreting the express words of the contract and in terms of when and how evidence of the parties’ intent is admissible on contractual interpretation issues.

The role of ‘commercial absurdity’

While the UK courts in Investors Compensation upheld the principle that courts will not attribute to contracting parties an intention that they could not have had (a conclusion that ‘flouts business common sense’), the UK Supreme Court subsequently held in Rainy Sky SA v Kookmin Bank [2011] that, where parties have used clear and unambiguous language, a court must apply it – even where such an application leads to a commercially improbable outcome. In short, a UK court is unlikely to embark on a purposive interpretive exercise, or to go behind the natural and ordinary meaning of words, unless there is patent ambiguity in the contractual wording.

New Zealand courts, on the other hand, may be more prepared to look behind the express words of a contract where those express words make no commercial sense. In Firm PI 1, the New Zealand Supreme Court emphasised that while a conclusion that a particular interpretation leads to a commercially absurd result should be reached only in the most obvious and extreme of cases, if an ordinary meaning makes no commercial sense then it must yield to an interpretation which is commercially sensible.

This approach was recently seen in action in Bathurst Resources Ltd v L & M Coal Holdings Ltd [2021], in which the New Zealand Supreme Court found that the term ‘shipped’, in the context of the particular mining contract the subject of that litigation, could not bear its ordinary literal meaning of carriage by ship but must bear a broader meaning encompassing all forms of transportation. The Court observed that, while giving primacy to the written words in a contract provides commercial certainty, this should not be allowed to defeat what the parties actually meant by the words in which they recorded their agreement.

The intentions of commercial parties (not lawyers)

Another context in which the New Zealand courts’ focus on the intentions of commercial parties is in relation to the interpretation of contractual terms such as ‘consequential loss’.

In the UK, the orthodox view is that ‘consequential loss’ (for example, when used to define losses excluded under a contract), is synonymous with the second limb of the remoteness test in Hadley v Baxendale (1854); that is, loss beyond that which naturally flows from a breach of a contractual term but which was within the contemplation of the parties at the time of contract execution.

The New Zealand court’s view, however, was that it was not helpful to adopt the conceptual distinction in Hadley v Baxendale given most contracting parties would not be familiar with that legal framework or expect the terms they used to be interpreted with reference to it. Instead, in Oceania Furniture Ltd v Debonaire Products Ltd, the New Zealand High Court applied what it characterised as the ordinary commercial meaning of the term ‘consequential loss’, being whether the loss arose directly from, or was immediately associated with, the obligations that the contracting party had assumed.

Admissibility of evidence to support interpretation

The New Zealand Supreme Court in Bathurst took the opportunity to clarify the New Zealand position on the admissibility of evidence of the parties’ dealings (ie their pre-contractual negotiations and post-contractual conduct), to assist with contractual interpretation.

In short, the court adopted a framework based on the laws of evidence (the Evidence Act 2006) rather than one of contractual interpretation. Under this framework, evidence is prima facie admissible if it has a tendency to prove or disprove anything of consequence to determining the meaning the contract would convey to a reasonable person having all the background knowledge reasonably available to the parties at the time of the contract. Under this framework, there is no specific limit to the material that might be adduced as evidence of contractual intent, so long as it meets this relevance test (and so long as it does not have a prejudicial effect on, or needlessly prolong, the proceeding).

This marks a point of difference with the UK, which continues to exclude evidence of pre-contractual negotiations as a matter of policy. Amongst other things, the judicial perspective on such evidence is that it ‘create[s] greater uncertainty of outcome in disputes over interpretation and add[s] to the cost of advice, litigation or arbitration’ (Chartbrook Ltd v Persimmon Homes Ltd [2009]).

The nuances in approach outlined above give rise to specific practical considerations when contracting – and litigating contracts – in New Zealand.

Given the New Zealand courts are, in principle, more open to admitting evidence of pre-contractual negotiations for the purposes of contractual interpretation, contracting parties should have regard to how their pre-contractual negotiations might later be used either to support or undermine their intended meaning. Contracting parties should consider whether, for example, they should record their intended meaning in their communications with their counterparty. Conversely, care might be taken before a contracting party proposes a clarifying amendment that they know will be rejected – leaving the clause ambiguous might be preferable to creating evidence of rejection of a particular interpretation.

A paper trail is, of course, only helpful if it is and remains identifiable and accessible. Contracting parties should consider their document retention policies, particularly for long-running contracts, to ensure that helpful supporting material is not deleted or lost.

Act according to your contractual rights and obligations

New Zealand courts’ willingness to adduce evidence of the parties’ dealings extends to the parties’ post-contract conduct. While the courts are alive to the limitations of such evidence (parties don’t always insist on adherence to strict contractual terms, particularly during fair weather), adopting a course of dealings that does not reflect a party’s intended meaning could become unhelpful if a dispute were to later emerge. It is therefore important for parties to identify and understand when they are departing from the strict terms of the contract, and consider an explicit acknowledgement of that departure.

Finally, and self-evidently, given the latitude of the New Zealand courts’ approach toward admitting evidence of the parties’ dealings, one of the first steps that parties should take when a contractual interpretation issue arises is to identify, collate and review evidence of the parties’ pre-contract negotiations, the commercial context for and purpose of the arrangement, and the way in which parties have performed their obligations post-contracting. 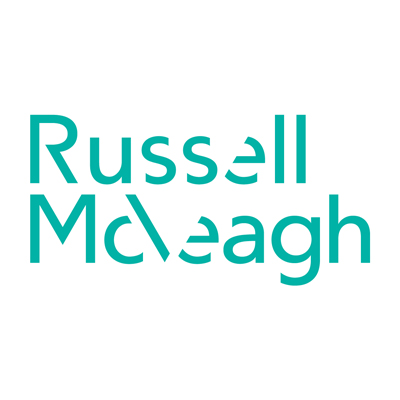 Russell McVeagh in The Legal 500 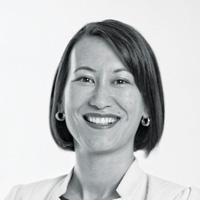 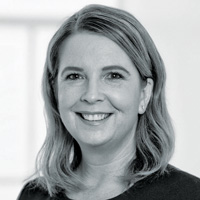