Once the preserve and a staple of US litigation, in recent years class action claims have gained traction in the English courts across a wide variety of sectors. Recent disputes have involved securities and shareholder litigation against financial institutions like RBS and Lloyds/HBOS, claims against large companies such as Tesco, actions arising out of breaches of data protection legislation against British Airways, easyJet and Morrisons, and arising out of product liability such as the VW diesel emissions testing scandal. Another area of significant growth for class actions in the UK has been in competition law, and the Supreme Court recently provided important guidance on the certification of collective action procedures before the Competition Appeals Tribunal in its landmark decision in MasterCard Incorporated & ors v Merricks [2020].

Where the US leads and the UK follows, the UAE may not be far behind. There are numerous areas of law and sectors where class action or group litigation in the UAE may crystallise in the near future. The common law courts of the UAE in the Dubai International Financial Centre and Abu Dhabi Global Market financial free zones are particularly likely places for class action claims, as they host numerous financial institutions such as banks, investment companies and insurers in a user friendly legal framework.

For instance, class-action banking claims may emerge over the mis-selling of financial products to a wide group of customers. The DIFC Courts dealt with the high-profile and long-running Al Khorafi & ors v Bank Sarasin-Alpen (ME) Ltd & anor [2018] litigation, where it was found that a prominent Swiss bank had mis-sold overly complex financial products to a family of investors. While this was not a class action per se, there were multiple claimants involved with a variety of claims under several different legal systems, laying down a pathway for the management of complicated cross-border financial disputes.

Aggrieved investors in insolvency and liquidation situations arising out of director mismanagement could bring similar claims for damages. In 2018, the DIFC Courts ordered the liquidation of parts of Abraaj Capital, which remains the world’s largest private equity house insolvency. The firm was subsequently fined a record $315m for its conduct towards investors and carrying out unauthorised activities. More recently, in 2020 the ADGM Courts put UAE subsidiaries of NMC Healthcare Group into administration to, in part, enable those subsidiaries to continue to operate. The group collapsed after allegedly understating approximately $4bn worth of debt.

Furthermore, given the numbers of insurers in both financial free zones, the DIFC and ADGM Courts may be the best jurisdictions to hear large-scale insurance claims for losses and damage suffered because of particular events or project failures, claims for environmental damage or even claims by residents and occupants in large real estate developments.

However, there are difficulties. The UK provides for two regimes for collective actions: an opt-in regime, where claimants must authorise the claim to be brought on their behalf; and an opt-out regime, where the claim is automatically brought on behalf of all those who can be considered claimants. The opt-in regime encompasses group litigation orders while the opt-out regime encompasses representative actions and collective proceedings orders.

By contrast, there is currently no class action regime in either the DIFC or ADGM Courts. Those courts may, at their discretion, grant a group litigation order to manage claims that give rise to common or related issues of fact or law or alternatively, parties may apply for such an order to be made under the relevant court procedure rules. However, there is no equivalent opt-out regime, meaning that all relevant claims would need to be filed separately. This would result in a significant administrative burden for those wishing to bring the claim, which could act as a deterrent. In the DIFC and ADGM Courts, this approach might also expose the defendant to a risk of having to bear legal costs in multiple claims if it were to lose.

To date, the group litigation order regime has not been properly tested in the DIFC or ADGM Courts but remains in the toolboxes of both litigators and the courts. There may also be scope for a formal opt-out class actions regime to develop in the DIFC and ADGM, especially given the influence of the English Civil Procedure Rules and the common law. Over time, a class action-type scheme might become more desirable to the court. It would allow the court to deal with a multiplicity of claims together, thus freeing up court time and resources and making it a more cost-efficient form of litigation for the parties involved.

The ‘onshore’ civil law UAE courts might present more challenges as the introduction of any sort of class action regime would require changes to federal law. The onshore courts typically adopt a more restrictive attitude to damages and offer minimal recovery of costs to the winner, thus making them a less attractive forum for potential class-action litigants. However, parties can consent for claims with no jurisdictional ties to the DIFC or the ADGM to be brought into those forums and it is conceivable that a raft of individual claims in the civil law courts could be dealt with in that way (the NMC administration was moved ‘offshore’ as the ADGM was considered a more suitable jurisdiction).

The perception of the UAE as an increasingly attractive forum for resolving disputes has attracted an increasing presence of third party funders. This, in turn, may facilitate the development of a class action regime. Third party funding means that an unrelated third party covers the cost of legal proceedings in exchange for a share of any sum recovered in the judgment or award, therefore ensuring that the cost of such proceedings is not an impediment to a party’s right to bring a claim. The possibility of funding the investigation and preparatory work needed to be able to bring a claim may increase both the size and number of claims.

Also, given the UAE’s status as a regional litigation hub, any judgments rendered by the onshore and offshore courts may be enforced in other regional jurisdictions under international conventions.

For now, these remain untested waters in the UAE but there is a real possibility that courts in the UAE will adopt a more structured approach to class action lawsuits in the future. 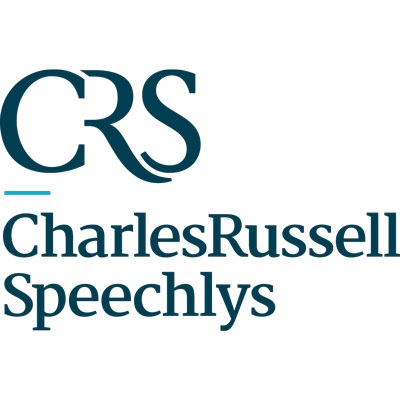 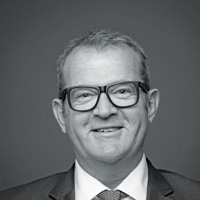 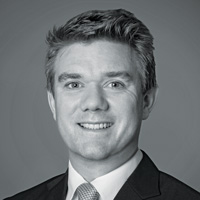