The Legal Business Awards, held at Grosvenor House on 30 September, provided the perfect backdrop to honour the leading lights of the in-house legal community from the last year. Taking the top prize of GC of the Year was easyJet’s legal chief Maaike de Bie (pictured), recognised for piloting the company successfully as the aviation sector was ravaged by the pandemic and responding robustly to a sophisticated cyber-attack. Highly commended in this category was Emily Reichwald, general counsel of Dr Martens.

EDF Energy took home the team award, as its ‘New Nuclear Build Legal Team’ was instrumental in assisting Hinkley Point C nuclear power station in securing valuable contracts worth nearly £2bn. Chris Thomas at Brewin Dolphin claimed the Rising Star prize for going above and beyond in his remit, taking on management responsibility for colleagues delivering M&A, financial and other regulatory projects, litigation, paralegal support and supporting delivery
of the group legal strategy.

Finally, Scania picked up the Most Transformative In-House Team of the Year trophy, after an innovative new matter tracking system implemented by head of legal Sarah Holford transformed the in-house function. Cazoo’s in-house team was commended for helping the company grow from 200 to over 1,700 employees in 12 months, through a combination of disruptive organic growth and strategic acquisitions – all while navigating the challenges of the pandemic.

It marks a return to private practice 20 years after leaving Freshfields Bruckhaus Deringer for Smith, who officially joined Shoosmiths in October. A well-respected in-house leader, Smith left the telecoms giant in July just as the £31bn merger between parent company 02 and Virgin Media was being finalised.

Shoosmiths will be a familiar outfit for Smith, having relied upon them as a key advisory firm during his tenure as GC. He said: ‘Once I decided I wanted to return to private practice, I was in the fortunate position of being the subject of interest from a number of firms, but it quickly became apparent that the spirit, energy, vision, client focus and increasing diversity and inclusion focus of Shoosmiths made it the right choice for me.’

Also on the specialist panel is Baker McKenzie for employment and pensions advice, Carey Olsen for Jersey law support, CMS for its tax expertise, Gill Jennings & Every for intellectual property assistance and Shepherd and Wedderburn for its specialism in Scottish law.

King & Wood Mallesons (KWM), which was originally appointed to the 2015 inaugural roster, is no longer on the main panel after the collapse of its European arm in 2016. However, former KWM head of planning and environmental law, Simon Ricketts, wins a spot as co-founder of planning boutique Town Legal, which will sit on the specialist panel.

GC Brona McKeown commented: ‘The legal support we get from our law firm partners is an intrinsic component of the successful execution of our strategy, and our recent panel review was conducted to ensure that the changing needs of the business is met with a selection of lawyers. Our new panel, which will remain in place for three years, means we can partner with the right lawyer, for the right work, at the right price.’ 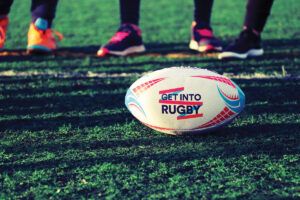 RPC will be called upon for a range of legal counsel, including sports regulatory, commercial contracts, employment, commercial property and dispute resolution.

Veteran Freshfields Bruckhaus Deringer insolvency partner, Neil Golding, has been splitting his time between private practice and a non-executive chairman role at Saracens since January 2020. Golding said of the process: ‘We have been really impressed by the RPC team and are looking forward to building a strong partnership moving forward.’

RPC will be fielding a team consisting of partners Jeremy Drew, Neil Brown and Josh Charalambous. Drew, head of RPC’s sports group, commented: ‘Having the ability to bring all the various practices within our firm together as we are doing with Saracens means we can provide a consistent, collaborative and commercial service to our clients. Sports is a core area for us at RPC, and we are looking forward to bringing our experience to bear with one of the leading sports clubs in the country.’