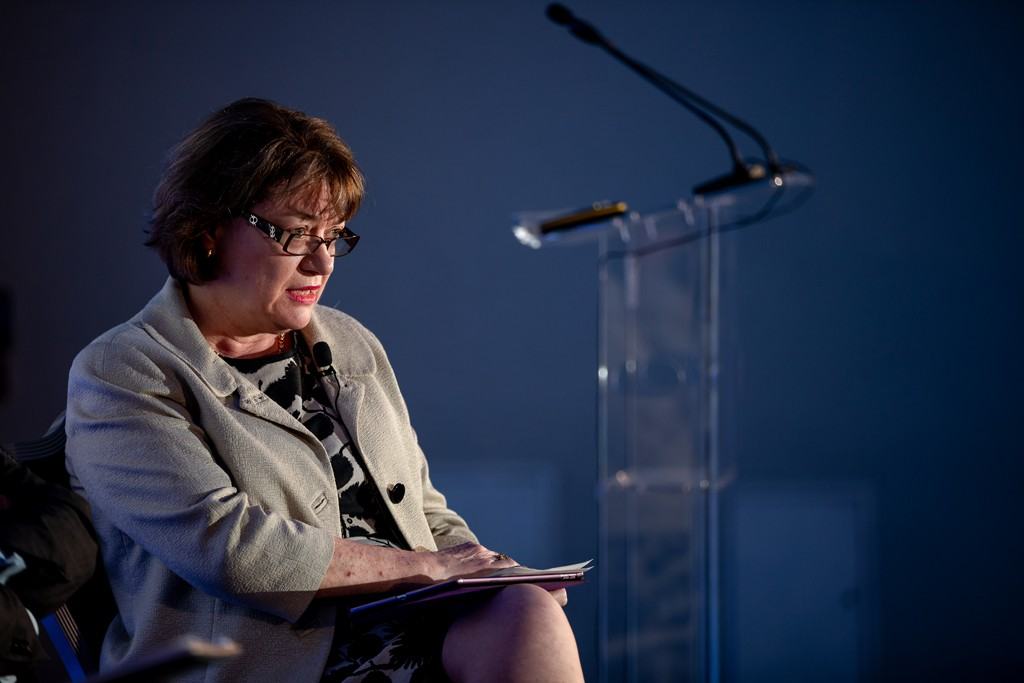 At our 2019 Enterprise GC summit in March, one of the set-piece debates united three veteran in-house counsel to reflect on their perspectives in facing a crisis… and how to get through it relatively unscathed.

Felix Ehrat, until last year general counsel at pharma giant Novartis, set out the two key elements come a crisis: time compression and personal relationships. Clearly, constraints exist in managing extraordinary circumstances and having reliable contacts who will support you in adversity goes a long way. Ehrat gave one example of such a situation: the removal of a ‘blockbuster’ drug worth more than a billion dollars from the market in a matter of hours, all based on uncertain facts.

He added: ‘Every day I was working at my company my adrenaline level was high for some reason.’

For Sarah Jones, the legal chief of the BBC, a crisis is defined as anything that threatens the integrity of the institution’s journalism. The two prominent examples she cited were the BBC’s coverage of the Iraq War and the suicide of Ministry of Defence scientist David Kelly, and the corporation’s failure to report on the prolonged and historic sexual abuse by presenter Jimmy Savile. Jones commented: ‘Both crises resulted in director generals leaving. Intervening events, such as Kelly’s death and the increasing scope of Savile’s abuse, acted as fuel to the fire. Who was accountable? There had to be accountability.’

Greg Dyke was the first director general to depart, stepping down in January 2004 following the publication of the Hutton Report into Kelly’s death and the BBC’s reporting of Kelly’s views on Iraq’s weapons programme. George Entwistle then resigned as director general in November 2012 after just 54 days in the role, in the wake of the Savile controversy. Jones reflected on the challenge with the Savile crisis due to the BBC’s ‘new management team’ and the fact there was ‘no-one there with a big experience, experience of a crisis’.

The final participant, former BT legal chief Dan Fitz (now GC and company secretary of The Francis Crick Institute), recalled the 2017 accounting scandal which saw the telecoms company’s pension deficit underestimated by £500m. After admitting the error, BT had £8bn wiped off its stock market value. In such scenarios, Fitz stressed the need for strong personal relationships: ‘A house divided will soon fall.’

In the first steps of limiting a crisis, there are many things to consider, according to the panel. Working out who has conflicts of interest, both internally and externally, is an early priority: a change in external law firms could be needed, even if there are good relationships. If such relationships have any bearing on the fact pattern of the crisis, a change may be necessary. On the internal side, Fitz pointed out: ‘You have to identify the least conflicted sub-group of your board and have them be your client. You need someone to receive guidance on how to manage the various conflicts of interest.’

And, as Jones agreed, having a clear conscience internally is a must: ‘I can guarantee you there is no-one who tries to make it more obvious they are independently-minded than a BBC journalist reporting on a BBC corporate crisis!’

Tom Cassels, disputes partner at Linklaters and discussion chair, asked the panel: ‘How do you handle internal communications and manage leaks during a crisis?’ It was quickly established that any notion that a crisis can be kept confidential has to be left at the door. Ehrat recalled the dynamics of working for a company with 125,000 staff across the globe: ‘There is no such thing as internal communications. There is only one communication. Every single piece of “internal comms” lands on a news desk simultaneously.’

This is intrinsically linked to the rise of social media, where information can be in the public consciousness in minutes. In such a crisis footing, Ehrat insisted that ‘facts are utterly irrelevant’. Everything written about a crisis can be factually inaccurate, but it does not matter if you are not able to promote your own side of the story within the first 15 minutes.

Jones took a different line based on the importance of public perception at the BBC: ‘The biggest barometer for us is trust, therefore our objective is not to respond as quickly as we can, but as quickly as we can once we’re sure what we’re saying is right. As long as you get something out within 24 hours.’

Fitz summed up: ‘Everything is public. New media means time compression comes more quickly. You do want to communicate contemporaneously but you also want a crisis team as their day job. Otherwise, it must be business as usual. That is the sensible approach.’

Such considerations are particularly important in the current climate: NDAs are under the spotlight after the Solicitors Regulation Authority announced in April its intention to prosecute an Allen & Overy lawyer over an NDA drafted under instruction from controversial Hollywood producer Harvey Weinstein.

Cassels questioned: ‘How do you not waste your crisis when the television cameras and the social media mob has moved on?’ As the BT accounting situation spiralled into controversy, Fitz said he sought wisdom from a fellow GC who had also just been through a crisis during a 90-minute phone conversation. Fitz said: ‘A crisis is one of the richest career experiences you can have. People want to hire someone who has been through a crisis.’

Aside from the professional development, the most important take-home from a crisis situation is learning to stop similar events happening in the future. For Ehrat, it comes down to a question of culture: ‘People observe you [executives] and draw their conclusions depending on whether you as a leader act according to the principles set out in your glossy PowerPoint presentation. Are you willing to take responsibility on behalf of your company? Or are you ultimately interested in keeping your job?’

Jones echoed the point: ‘Everyone should know you’re going to act in a principled way.’

On this subject, Ehrat elicited a crisis case study of a large company which had uncovered an accounting fraud in a ‘faraway country’ involving a material sum of money. He said: ‘The chairman brought together the whole exec team and said “We have no time limit, whether this meeting takes two hours or ten hours, but what I want to hear from HR, legal, compliance and the COO is what went wrong in your area of responsibility that this could happen?”

It was a nine-hour meeting. At the end, the chairman said: “Everyone knows what happened, the matter is now closed to me. Now we will master it as a team.”’

Ehrat concluded: ‘About seven in ten companies would have just fired the two obvious ones and moved on.’