Of special interest for our purposes is the IA 2015’s introduction of the device of administration, replacing the appointment of receiver managers under the repealed Companies Act, and in turn enabling financially distressed companies to continue operating as going concerns. However, to benefit from the power to appoint an administrator without recourse to court, one must be the holder of a qualifying floating charge as defined under s534(1), IA 2015, and it is precisely herein that lies the conundrum which is the focus of this article.

The primary issue in contention is whether the holder of a debenture created prior to the coming into force of the IA 2015 qualifies to appoint an administrator pursuant to the provisions of s534 of the Act. In this regard, the Kenyan High Court has delivered two conflicting decisions.

The first of these conflicting decisions is Re Arvind Engineering Ltd [2019], wherein the Company contested the appointment of an administrator by NIC Bank on the basis that the bank’s debenture pre-dated the coming into force of the IA 2015, and as such the debenture did not meet the threshold of a ‘qualifying floating charge’ as defined under s534(1) of the IA 2015.

In conclusion, the court held that it was important not to disadvantage holders of debentures which pre-date the IA 2015, emphasising the need to give the provisions of s524 of the IA 2015 a purposive, as opposed to a restrictive, interpretation. Therefore, as the debenture in question allowed the bank to appoint a receiver manager, whose powers and functions are akin to that of an administrator, then the bank was deemed to have the power to appoint an administrator.

In a position comparable to that taken in Re Arvind Engineering, ABC submitted that since its debenture allowed it to appoint a receiver manager, whose powers and functions are similar to those exercisable by an administrator appointed under the IA 2015, its appointment of an administrator as opposed to a receiver manager was inconsequential and should be allowed to stand.

In arriving at its decision, the court agreed with the position taken by I&M and departed from the reasoning in Re Arvind Engineering. The court held that while the functions and duties of a receiver manager appointed under a debenture are conterminous with those of an administrator appointed under the IA 2015, this does not mean that the holder of a pre-2015 debenture is allowed to appoint an administrator. The court based its reasoning having regard to s520 of the IA 2015, which ascribes a specific meaning to the term ‘administrator’ and relates it to the manner of appointment rather than to the functions.

The court therefore held that while the powers of a receiver manager appointed under a debenture, and the powers of an administrator appointed under the IA 2015, may be conterminous, they cannot be equated to one another, and nor can the power to appoint a receiver manager be equated to appointment of an administrator by the holder of a qualifying floating charge.

In concluding, the Judge held that the debenture issued in favour of ABC was not a qualifying floating charge within the meaning of s534(2) of the IA 2015, and consequently ABC could not appoint an administrator without making an application to the court as a creditor under s532(1) of the IA 2015. However, the court also held that ABC is entitled to appoint a receiver manager under the debenture, as this power is specifically preserved under the transitional provisions of the IA 2015 (in particular, s734(2) thereof.

What is glaringly obvious from the above analysis is that the IA 2015 is still in its nascent form, and the bounds of its applicability to securities pre-dating its coming into force is a matter that is evolving and yet to be conclusively determined.

Of note is that the Court of Appeal has yet to settle the law and make a pronouncement on whether a party holding a pre-2015 debenture is entitled to invoke the provisions of s534 of the IA 2015 and appoint an administrator on its own motion, or whether such a party is constrained to make a formal application before court for an administration order pursuant to s532 of the IA 2015.

This article is for informational purposes only and should not be taken to be or construed as a legal opinion. If you have any queries or need clarifications, please do not hesitate to contact John Mbaluto, FCIArb (john@oraro.co.ke),
Eva Mukami (emukami@oraro.co.ke) or Radhika Arora (radhika@oraro.co.ke), or your usual contact at our firm, for legal advice. 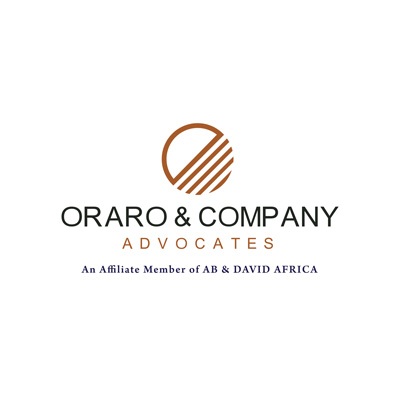 Oraro & Company Advocates in The Legal 500 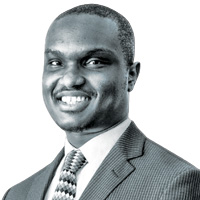 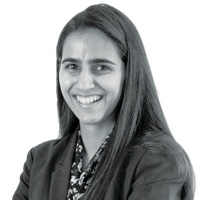 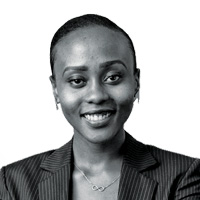