The launch of this edition of The In-House Lawyer magazine coincides with an important period for our parent company, Legalease, and our coverage of the in-house legal community. Firstly we saw in-house teams compete in four categories at the Legal Business Awards, which returned as a live event following the pandemic, bringing together 600 guests in Covid-safe conditions at the Grosvenor House hotel on 30 September (see Significant matters).
The awards night also coincided with the launch of the GC Powerlist UK 2021, which is included with this edition of IHL. The research team, led by Head of Research for the GC Powerlist series, Joe Boswell, focused their efforts on the theme of ‘resilienc­e and recovery’, reflecting the transitional nature of the response to the Covid-19 crisis that has endured since our 2020 edition.

Encouraging findings to emerge from this year’s GC Powerlist include the fact that general counsel in the UK have increased their face-to-face time with the c-suite in their organisations, with more than half of respondents agreeing that they have been more involved in board matters in the period following the pandemic. Also, there is clear evidence UK’s general counsel appear to have been putting their own people first and foremost. When discussing the greatest challenge of the past 12 months, the most common response was safeguarding employee health and wellbeing.

This autumn also saw the launch of The Legal 500 UK. The latest UK solicitors guide has seen client feedback levels increase 50% to more than 50,000 responses across the UK, with rankings reflecting general counsel opinion better than ever.

There are two important changes to this year’s Legal 500, driven by editor Georgina Stanley’s desire to improve diversity and ensure the rankings are as reflective of the current market as possible. Whereas entry to the Hall of Fame section used to be determined solely by the number of years someone was ranked as a leading individual, this year editors and researchers for the London guide have been able to use their discretion about who enters.

This shift, which will be applied across all Legal 500 guides going forward – including next year’s regional UK rankings – removes one of the key barriers holding back representation of women and minority lawyers at the most senior level. Lower rates of partner promotion in the past, combined with the tendency for directories to serve as something of an echo chamber for a largely white, male, senior partnership, meant it was taking longer for lawyers who didn’t fit the mould to get recognised as leading individuals, reducing the chances of them making it into the Hall of Fame still further.

The second change is a brand new category of ‘Firms to Watch’, which will allow The Legal 500 to quickly identify new practices with strong potential that in the past may have had to wait some time before being recognised.
Therefore, there is much for readers to get their teeth into and this only scratches the surface: that does not include our GC Powerlist, Comparative Guides and numerous events taking place around the globe. But we want to engage with you further still; we want you to tell us about the things you would like to see covered across all our titles. I look forward to hearing from you. 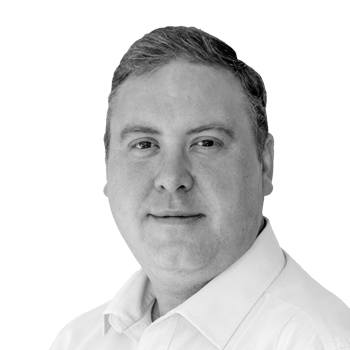